Aokana – Four Rhythms Across the Blue is a visual novel by developer sprite, which takes place in Shitou City where using anti-graviton shoes to fly is as common as riding a bicycle and the most popular sport involves racing and dogfights in the sky. This is a special test city where there are minimal restrictions on flight and each school has clubs surrounding it.

If you are buying this game on Steam, a lot of the mature content has been cut out. A free 18+ patch can restore this. This can be found at NekoNyanSoft’s store. Versions bought elsewhere such as Denpasoft are the full 18+ version. The sexual content itself is, for the most part, fairly standard with two or three sex scenes per character and is quite limited. Mosaics are used for censorship and cannot be turned off.

The story follows a teenager, Masaya Hinata, who used to be obsessed with the sport Flying Circus. Masaya has a history with the sport, but he had his enthusiasm crushed after a certain event. 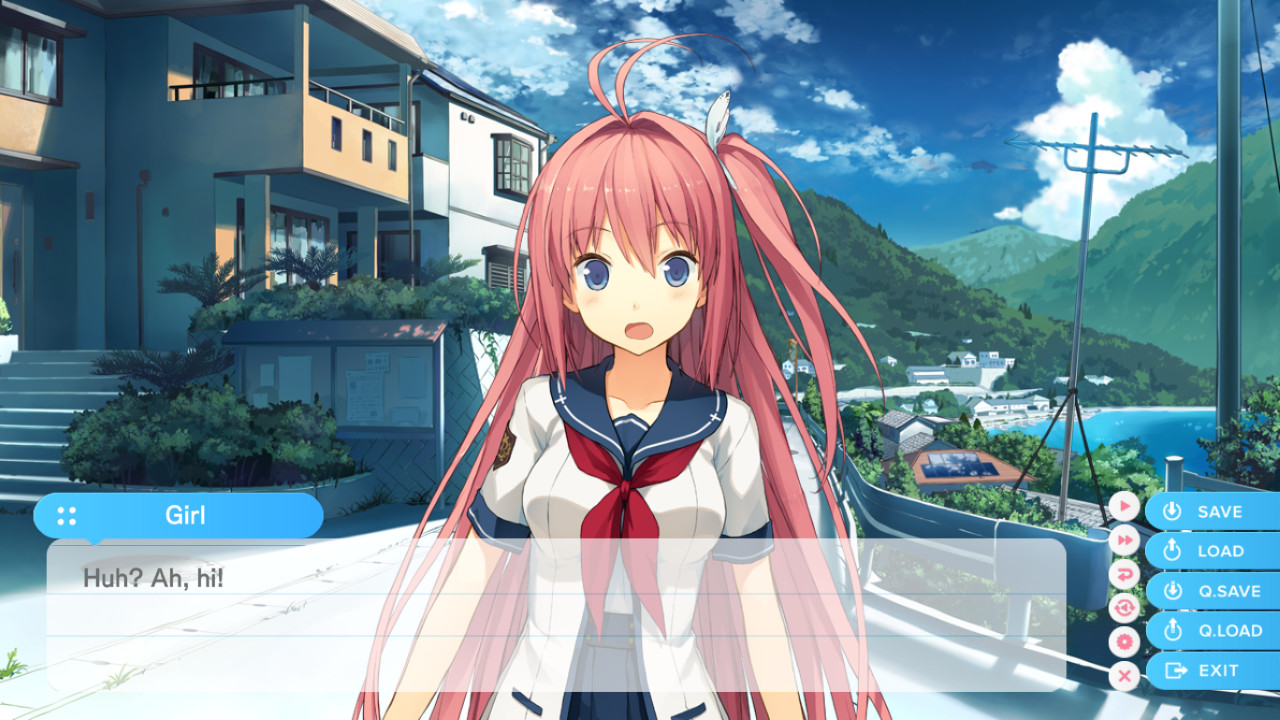 Masaya is asked to teach a new arrival to Shitou City how to fly. Asuka, the new arrival, falls in love with flight and from there on, ends up getting Masaya to agree to coach the dying Flying Circus club.

Events carry on along these lines. This is essentially a mix between a typical sports anime and a slice of life romance story. It involves training, tournaments and later on – trysts. There is a strong focus on beating strong opponents in the story, combined with a lot of comedy.

Flying Circus itself is an interesting concept. In short, in a 300 meter square over the sea, two players score points by racing between buoys to touch them in order or attacking the opponent’s back. Each player has a second on the ground to guide them. Unlike many visual novels, the battles are described quite well. The sport itself and the concept behind how flight works are also explained in quite a lot of technical depth. The world-building is done quite well in that way.

The common route took me seven hours to complete and diverges into four different routes or a short bad end depending on your choices. Most choices are fairly obvious to avoid the bad end, but in terms of choosing which route you end up on are almost exactly the same. Routes are not locked and can be done in any order.

Asuka’s route focuses mostly on flying circus and I would consider it more story-centric. She is shown to be a very direct and earnest girl and her story shows how she falls in love with flying circus and how she plays it. I felt like she was a likable character and that her story was the one I enjoyed the most.

Misaki’s route is another that focuses on flying circus, but it takes a very different angle on it. The end goal is similar to Asuka’s route, but there is more focus on the motivations. Misaki is shown to be very competitive and to hate to lose. That said, she often avoids taking things seriously and is often known to make lewd jokes and to tease Masaya. I enjoyed her character more than I expected after completing her route.

Rika’s route felt more character-centric to me. She is Masaya’s new neighbor and they do not get off on the right foot after an incident near the start. She is shown to be a very diligent and polite girl and features less in the common route due to being from a different school. I liked her as a character but felt like her route was a bit bland in comparison to the others. 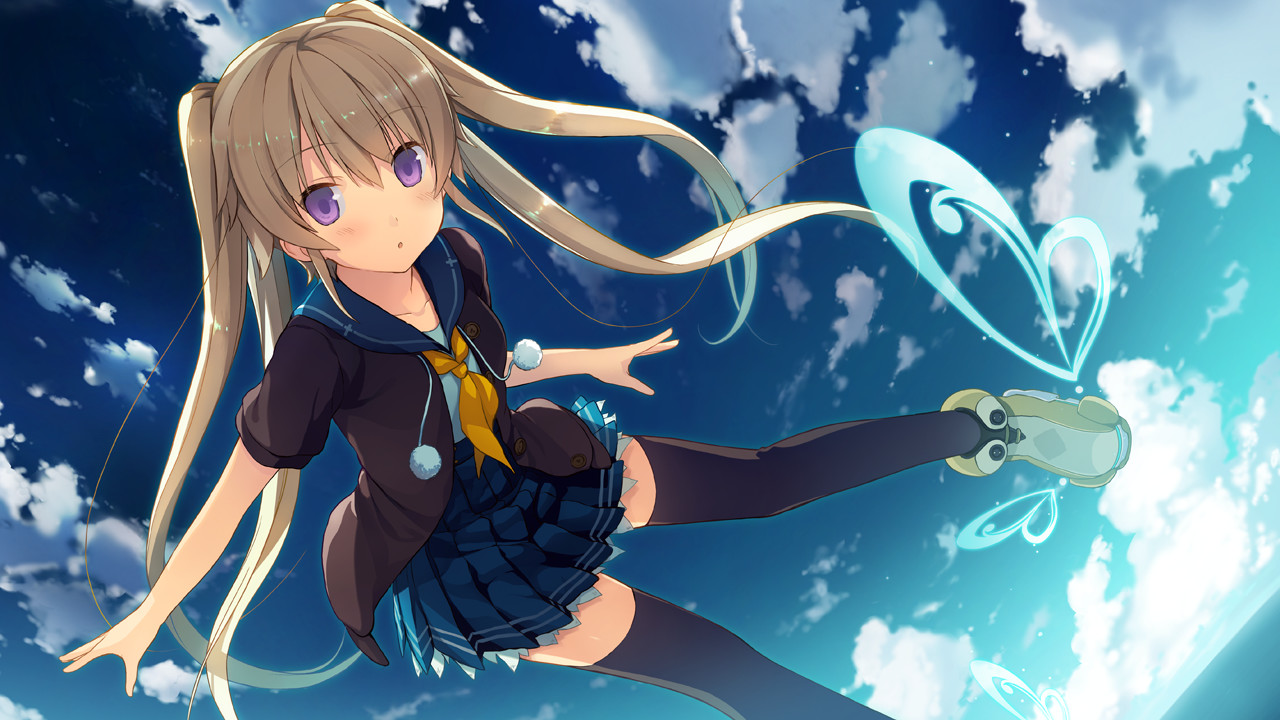 Mashiro’s route is another which felt more character-centric to me. She is younger and follows Misaki around like an obsessive puppy at times. She does not always treat Masaya well as he is too close to Misaki. I was quite surprised by her route as I originally did not expect to like her much, but by the end of it she was my favorite character.

Each of these routes took about 4 hours for me to complete each. In total it took me 23 hours to complete the entire game to 100%. This was making use of saving at choices, not always listening to the full audio and skipping previously seen text so it will take some people longer.

There was a very short true ending after completing all of the routes. It worked well to finish off the story and did not chose a single route as the true one.

Overall, I felt like the romance was quite weak in all of the routes except for Mashiro’s where I felt that it was done very well. It felt very suddenly pushed in without much of a build-up. Aside from that flaw, I did enjoy the story quite a lot. I found it quite difficult to stop reading at times.

One thing I particularly enjoyed was that there is a wide variety of secondary characters in the story, most of whom have a decent amount of depth and are interesting in their own right. I could easily see Madoka in particular as worth having her own route, but quite a few members of the other schools were well fleshed out and would have been interesting to explore even further.

The writing and editing itself are well done, with very few occurrences of typos. On my first time playing the game, I ran into a few technical issues but the game has run perfectly since patches were released. 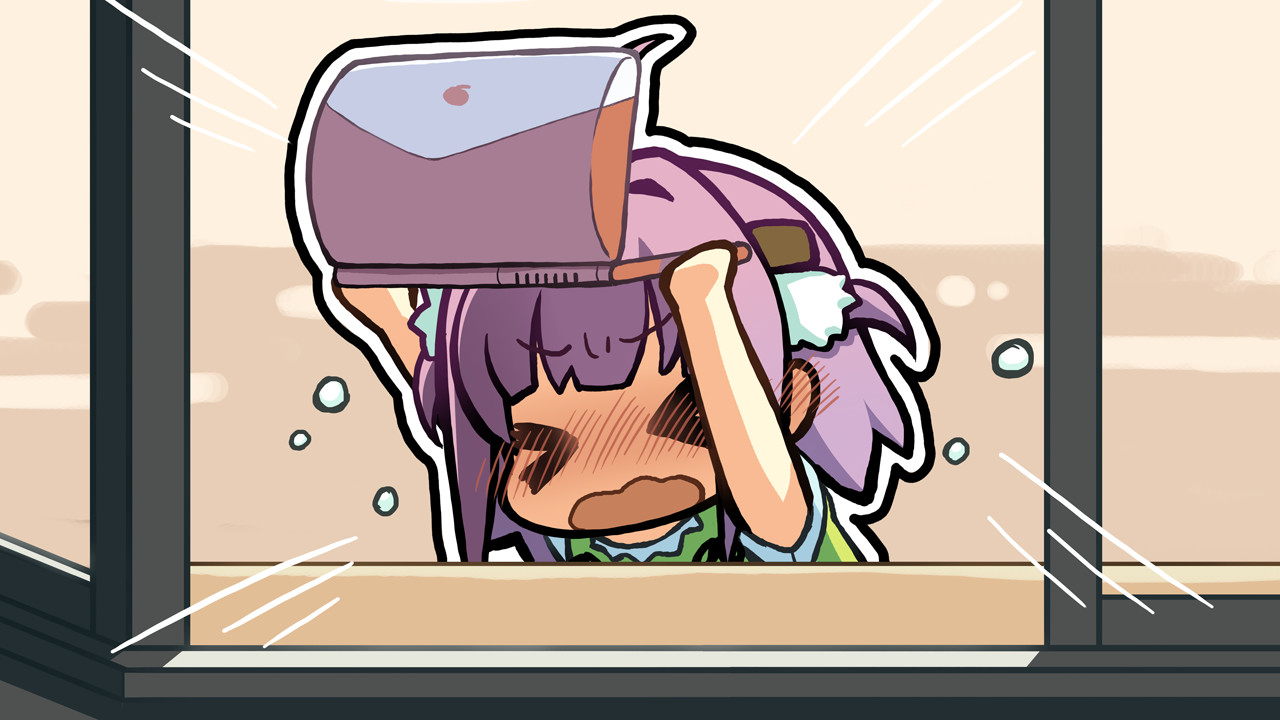 I found that the artwork is all to a very high standard and there are a good number of regular CGs and super-deformed style CGs. This included several partially animated scenes with characters moving around.

The music is all high quality and includes a huge variety of approximately 50 tracks, including some vocal tracks. The background tracks are matched very well to the mood of the scenes and stood out as an excellent part of the experience.

The voicing is done very well too and matches their character’s personality. The quality is very high overall, the characters aside from the main character are all voiced, including secondary characters.

As a bonus, there are quite a few nice extra touches which aren’t really required but are always appreciated. The options are fairly robust, with individual volume controls per character, options surrounding assets used, options around text and more. Steam achievements are also included if you own the game on Steam. 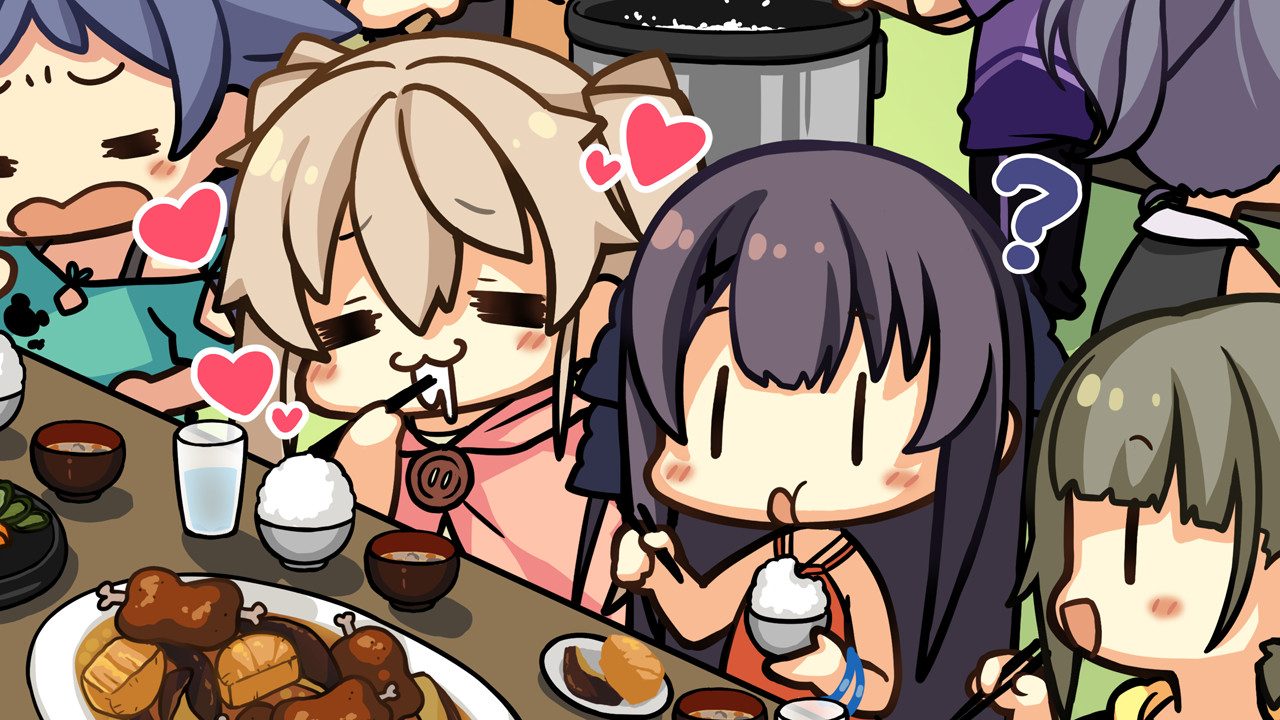 I would highly recommend Aokana – Four Rhythms Across the Blue to visual novel fans who enjoy either the sports theme or the light comedy style the story is told with. While I did have complaints about the romance in most routes, I felt it was amongst the stories I enjoyed the most of visual novels this year. The production values are high in the visual area and even better in audio. It’s not perfect as mentioned, but I enjoyed my time reading it quite a lot.

Many thanks go to the publisher NekoNyanSoft for a review code for this title. Purchases made by Denpasoft links earn a small commission that goes to help supporting domain and server costs.