Die for Valhalla has some RPG aspects, but at the heart, it’s a is a side-scrolling beat ‘em up. I personally played on the Nintendo Switch, but it can be found on the PC, PS4 and Xbox One in addition. As well as the regular mode, there is a second mode which adds in some rogue-lite aspects such as permadeath to increase the difficulty.

The unique selling point of this game is that you play as a Valkyrie, who can use their power to possess the bodies of fallen warriors and even certain objects. You have a range of warriors to possess and these can frequently be switched. It keeps gameplay a bit more interesting when you can quickly switch between a melee fighter, only to switch to a ranged character, then possess a trap which can somehow move to attack the enemy.

Die for Valhalla does not have much in the way of a story. It gives you a general idea that you are hoping to become well known by helping the fallen warriors, but it does not really expand on that much. This title is all about the gameplay. 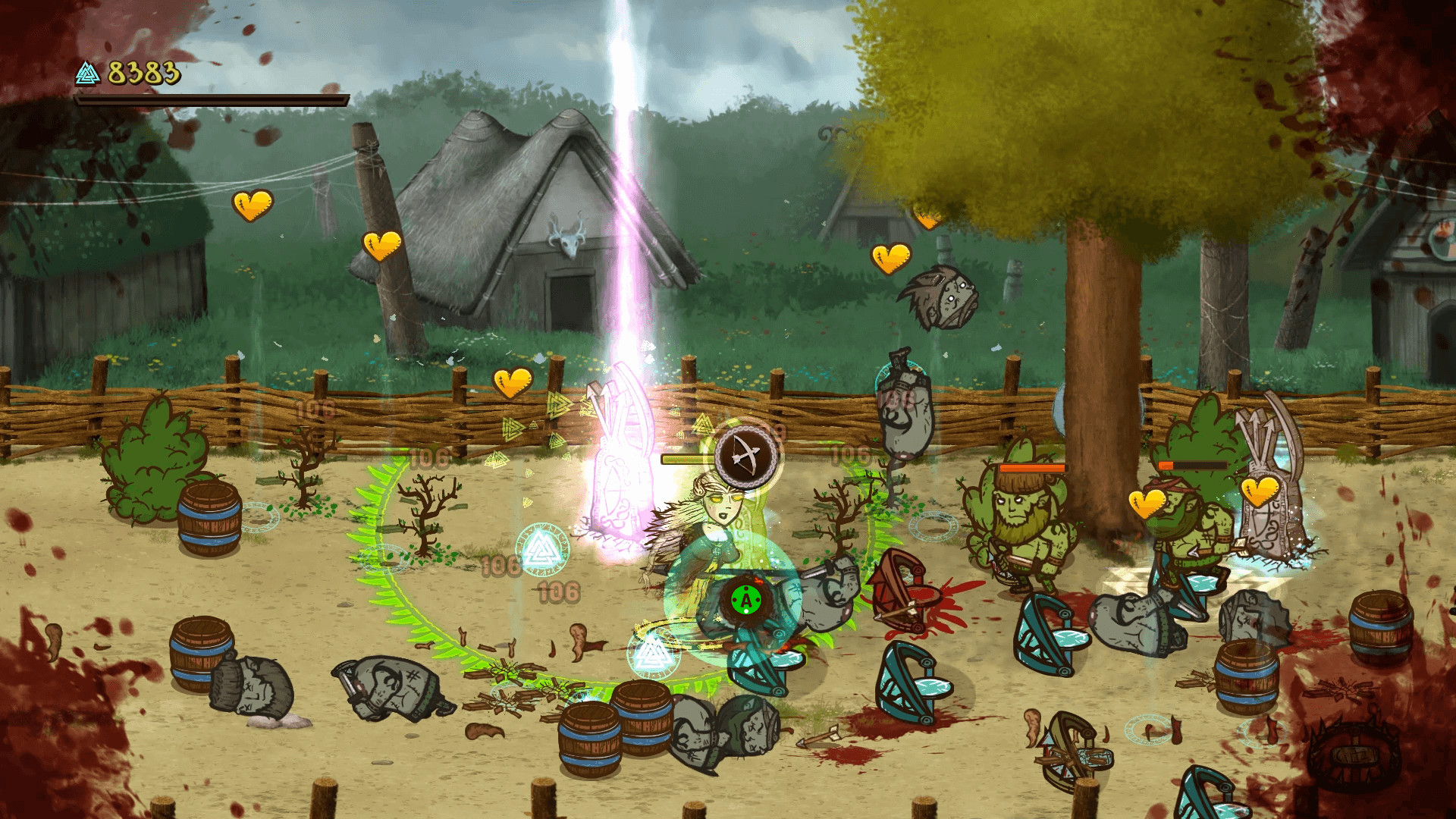 This game uses the common technique dating back to the 90s of moving right, killing everything in your way and then being allowed to continue onward. A more modern feature is that you can have up to four players doing this at the same time, much like Castle Crashers.

Characters have basic attacks and dodging, but the various classes of fallen warrior do add a bit more variety. Generally, there isn’t much unique to the combat outside of the possession system though. It’s fairly standard.

Throughout the game, you can upgrade your character. There are two ways to do this. In the rune system, you can upgrade your basic statistics, so you can become stronger in the basic ways. Higher strength, bigger health bar and so on. You can also acquire extra abilities such as becoming stronger in certain situations or being able to use your skills where you could not before. 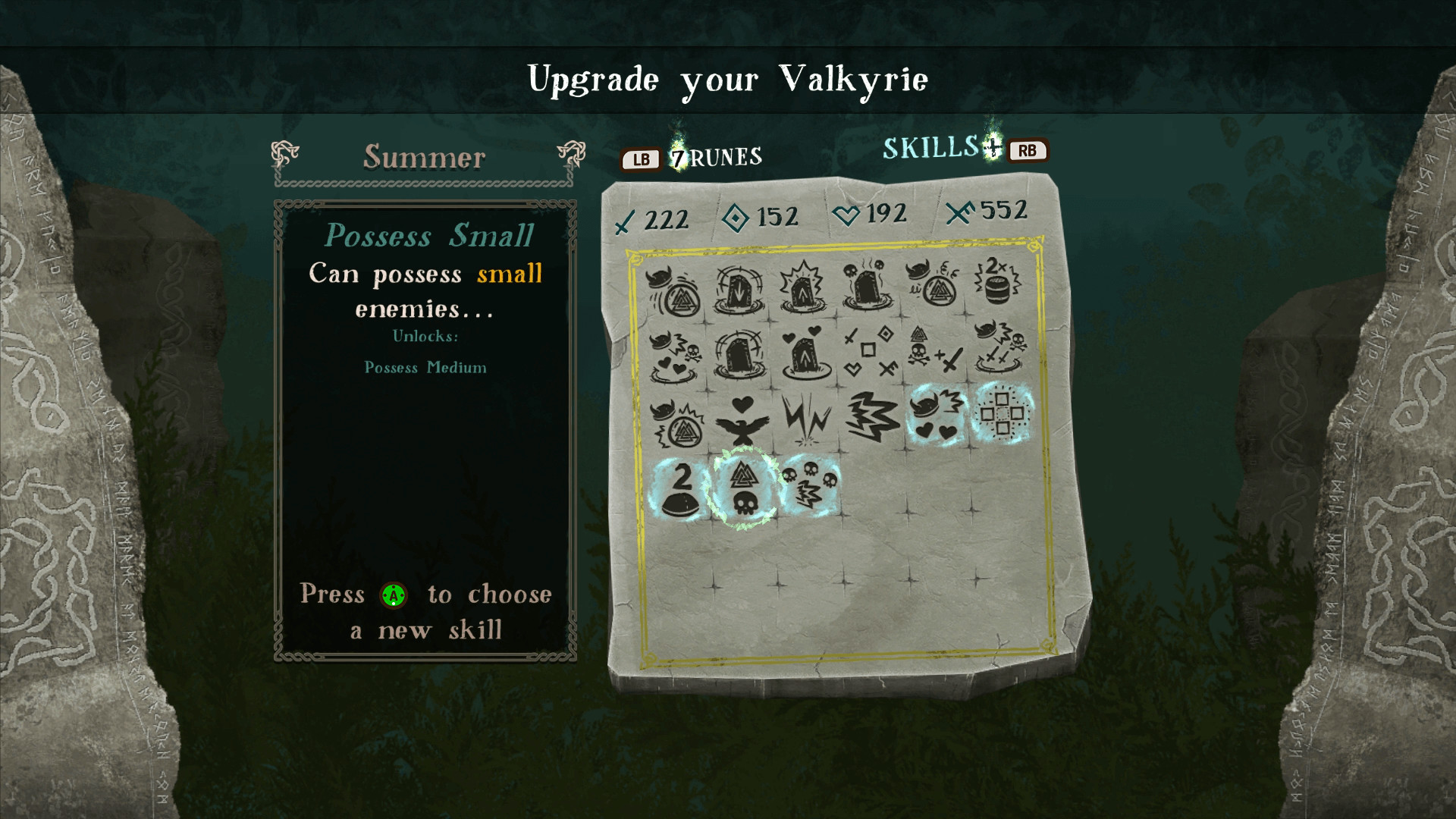 The game tries to add in some comedy, but I felt like it does not do a particularly good job at it. Perhaps it’s just aimed towards a much younger crowd or perhaps it just wasn’t suited to me. It felt like it was trying to be funny, but just failing.

On a more positive note, the graphical style was quite nice I found. It’s detailed, where many games of the same visual style are quite basic. It has its own unique look, which is always appreciated.

The sound is well done too. The music fits well into the game as do the sound effects. It doesn’t stand out as amazing, but the sound supports the rest of the game well.

Die for Valhalla is a decent game and the possession mechanic is interesting. Other than that though, it doesn’t really stand out. There are quite a few similar side-scrolling beat ‘em ups and this is a fine example of one. If you loved similar games and want something else along the same lines, it’s worth grabbing. If you only play the occasional one, then there are better examples out there.

You can buy the game on Humble Bundle here to support the website, via Steam or via the console stores.