Shadow Uprising is a stealth game, only playable with a virtual reality headset. It’s officially compatible with the HTC Vive and Oculus Rift but may also work on other PC VR headsets such as Windows Mixed Reality and the Pimax.

The game is fairly light on story, being more about gameplay. It does, however, have some narration throughout to provide the context and setting. In short, you are a cyborg ninja in a post-apocalyptic world. You are on a mission to overthrow an oppressive overlord, who happens to be an A.I. There are secrets to find along the way which add a bit more background, but that’s the gist of it. 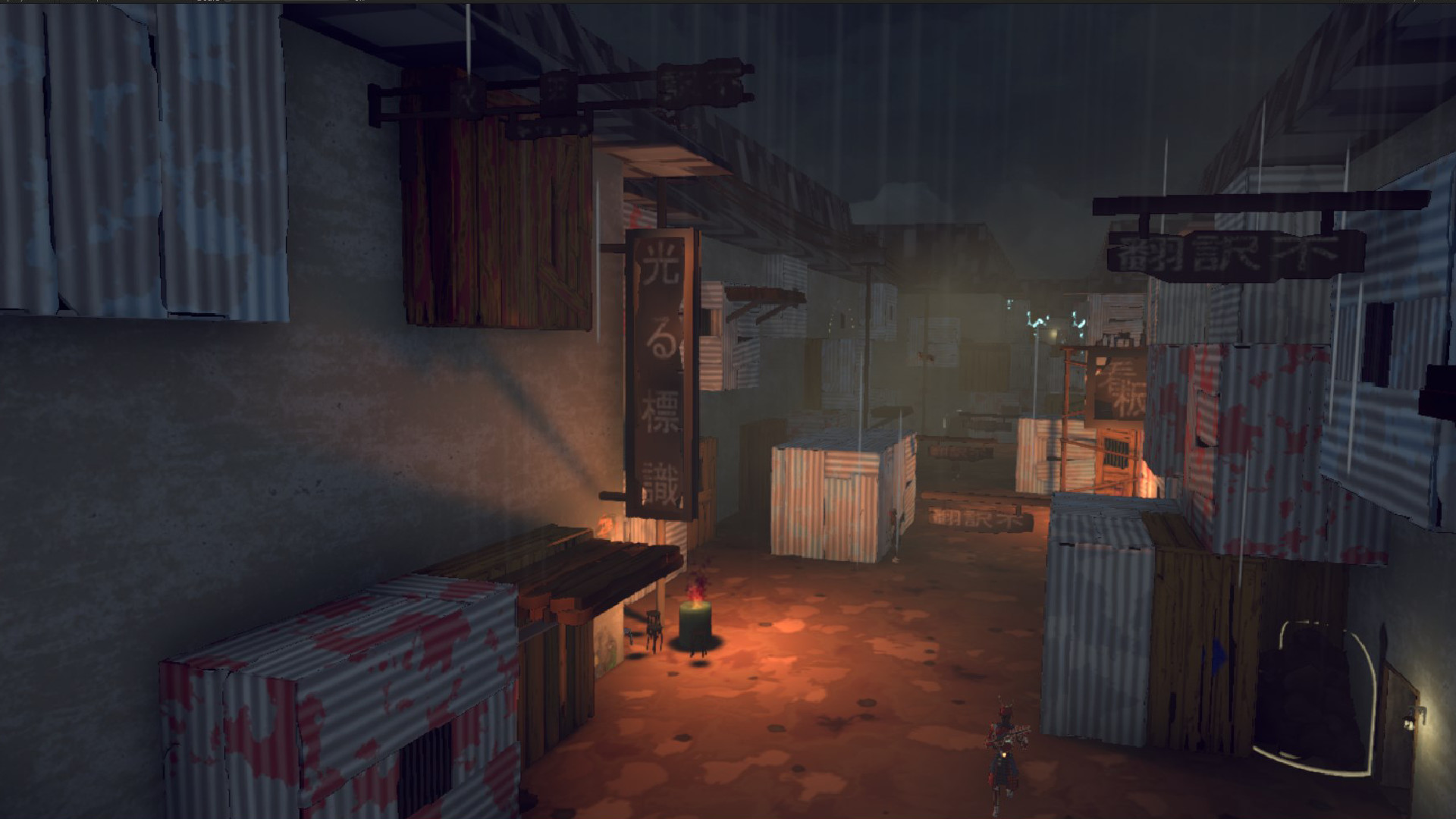 Onto the gameplay – remember reader, this is a sneaking mission. Try not to get caught! You have nine levels for a total of about three hours of gameplay and if you play as intended, you will be sneaking around, waiting in the blue hidden areas for enemies to pass, taking down enemies when you can do it without being caught or even just avoiding them and moving onward.

The way of moving onward is done quite well in this writer’s opinion. You can climb on most surfaces by grabbing it with your hand and pulling yourself forward. This can be done by climbing up walls as a typical example, moving along the side of a surface or even hanging off something above. You can even throw yourself a short distance.

In addition to using your hands to grab surfaces and move, you have a grappling hook. You can shoot this at most surfaces and pull to basically yank yourself towards the area quickly. I do wonder if this may make someone more prone to motion sickness ill, but I was personally fine. 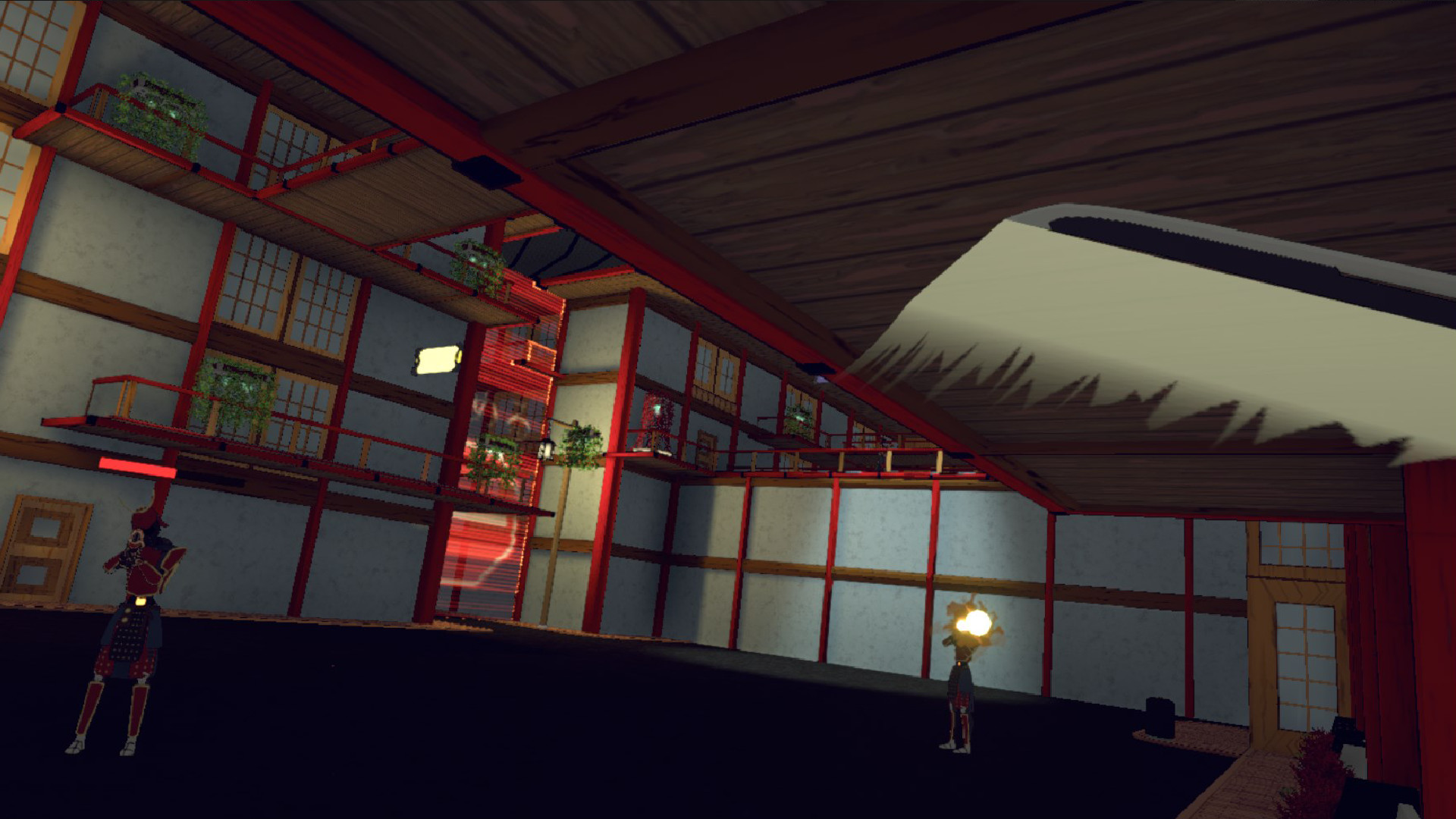 You come equipped with a number of weapons and can find even more hidden throughout the levels to unlock as secrets. These do not only help in an assassination, but can be used to distract and lure the enemy to your desired position. For example, you can shoot an arrow to create a noisy so an enemy walks that way. This could allow you to just sneak past them or if you are feeling a bit more bloodthirsty, it can allow you to sneak up behind them and stick a sword into their back for an instant kill.

My personal favorite weapon is the traps. These can take out multiple enemies and can be placed in an enemy’s normal path, where an enemy has been lured to or even just thrown directly at their feet with a little practice.

Of course, if stealth fails, there will be repercussions. All of the nearby enemies will be alerted and attack you. On top of this, your path will be blocked so you cannot proceed while the enemy robots are alert. You have two choices at this point. You can run away, hide and wait for them to forget about you or you can attack them directly. If you attack normally, your sword will no longer instantly kill them and it’s much more difficult to hit an enemy with a bow when they (and several of their friends) are shooting back. 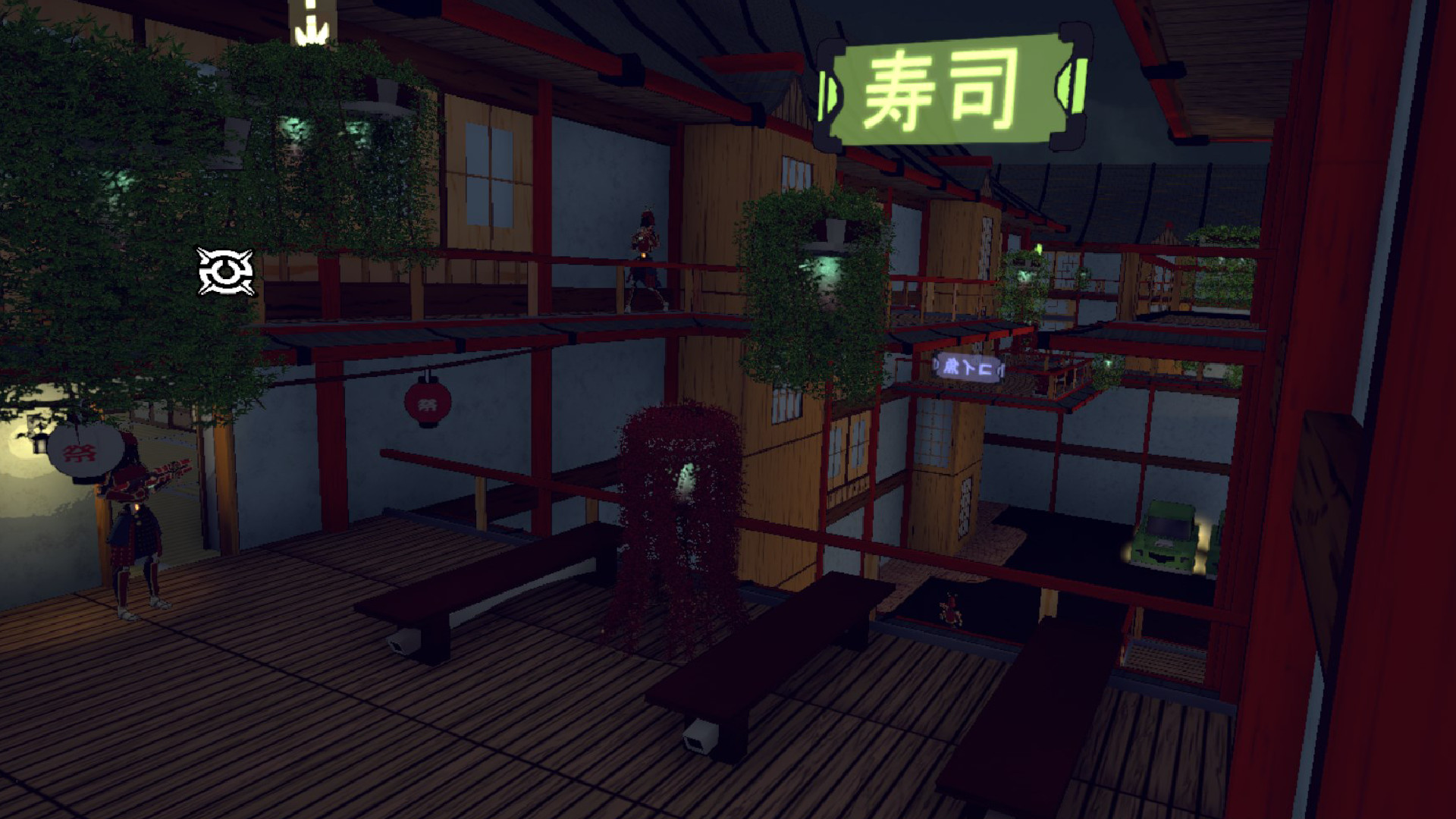 I should note here one of my issues with the gameplay. The enemy robots are not intelligent. They will walk past their broken allies and give up fairly easily after spotting you. It would be nice to see a heightened awareness if one of these situations happened. Perhaps a wider patrol area or being more easily able to spot you.

Graphically, I quite like the style of the game. It isn’t exactly high graphics, but it all looks good enough on screenshots and even better in the headset.

In short, I quite enjoyed playing Shadow Uprising, but it does certainly have areas where it could improve. Finding all of the secrets could add some replayability as could playing through with different weapon setups. It is a bit pricey at $20 for a few hours of gameplay, but it’s VR so that’s about normal.

You can buy the game on Steam.

The Ditzy Demons Are in Love with Me – Review

The Ditzy Demons Are in Love with Me describes the basic idea of the game well enough. You are surrounded by love interests. While these are not all demons, they are all supernatural in origin. This game sets the tone as adult-orientated from the very first scene, even on the Steam version without any actual […]