GaoKao.Love.100Days is a little different to most other romance visual novels in how it starts. You start the story by confessing your love to the adorable Muxin, who soon becomes your girlfriend. In most visual novels this would be the ending.

Of course, not everything is perfect from now on. You have 100 days remaining before the GaoKao – the National College Entrance Exam. This is an extremely competitive exam which will determine the rest of your life. Do you really have time for dating now? 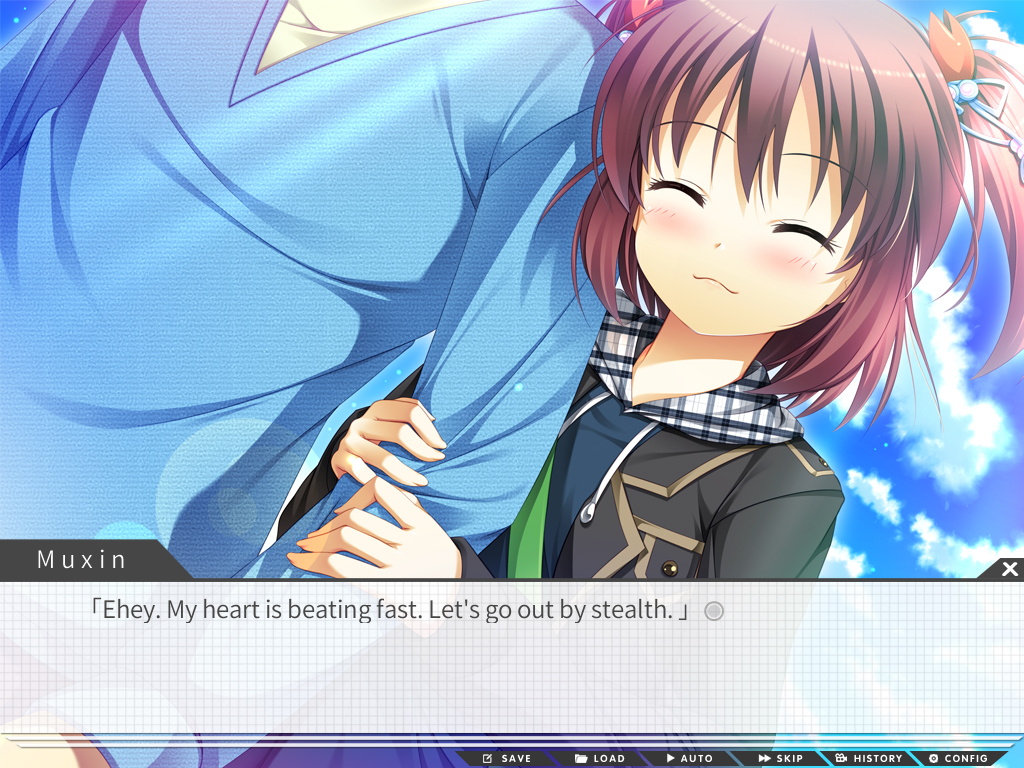 This is a visual novel with dating sim elements which was released on Steam (PC) and Nintendo Switch. I am personally playing on the PC version.

You will spend your days with your new girlfriend Muxin, your neighbor and closest female friend Xiaohan and your closest male friend, Stom. Several other characters appear along the way, while you all try to prepare for the exam. The amount of pressure given by the deadline is overwhelming.

Unlike many visual novels, this story is set in a Chinese high school. While not obvious from first glance, this is a Chinese-made visual novel, rather than the more frequent Japanese type. 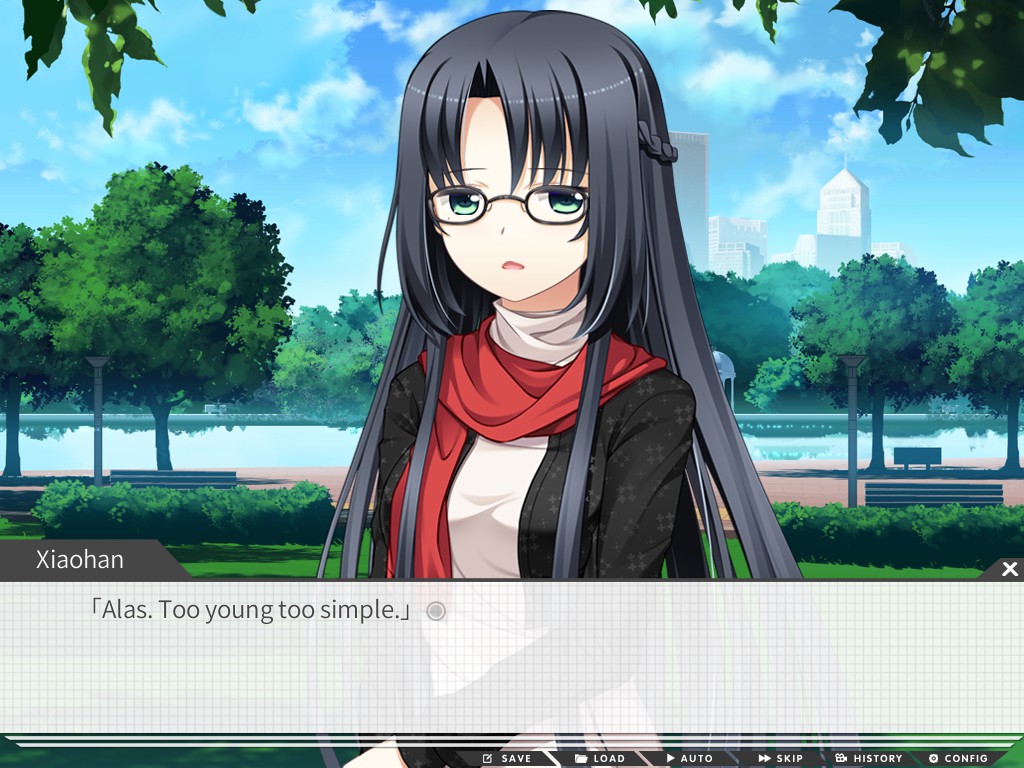 The story is taken quite seriously overall, covering topics such as stress, failure in life, issues with relationships and family and more. In some routes, events can become quite depressing and spiral off, becoming worse and worse. In some cases, you will make certain things a priority over others, but find that you lose out in other ways.

Overall, I enjoyed the story. While the setting itself stays the same, reading through the events of the main character troubles and seeing which ways events could occur was interesting. It was also a peek into the mindset of this time. This kind of exam does exist in reality in several East Asian countries.

You can choose to spend your time with Muxin. She is an often cheerful and cute girl, with an obsession with eating good food. Even at this serious time, she will miss class if there’s a chance of cake. Muxin is one of the more fleshed out characters in the story. You will learn a lot about her as time goes on.

Xiaohan is quiet and intelligent. She lives nearby you and always seems to be there for you when things go wrong. Perhaps she’s not as innocent as she seems though…? Depending on your choices, you may learn much more of her backstory.

Stom is always there for you. He’s a source of comedy-relief but acts as a close friend too. You spend much of your class time chatting with him, rather than studying. While it is not romantic, he has his own route too. 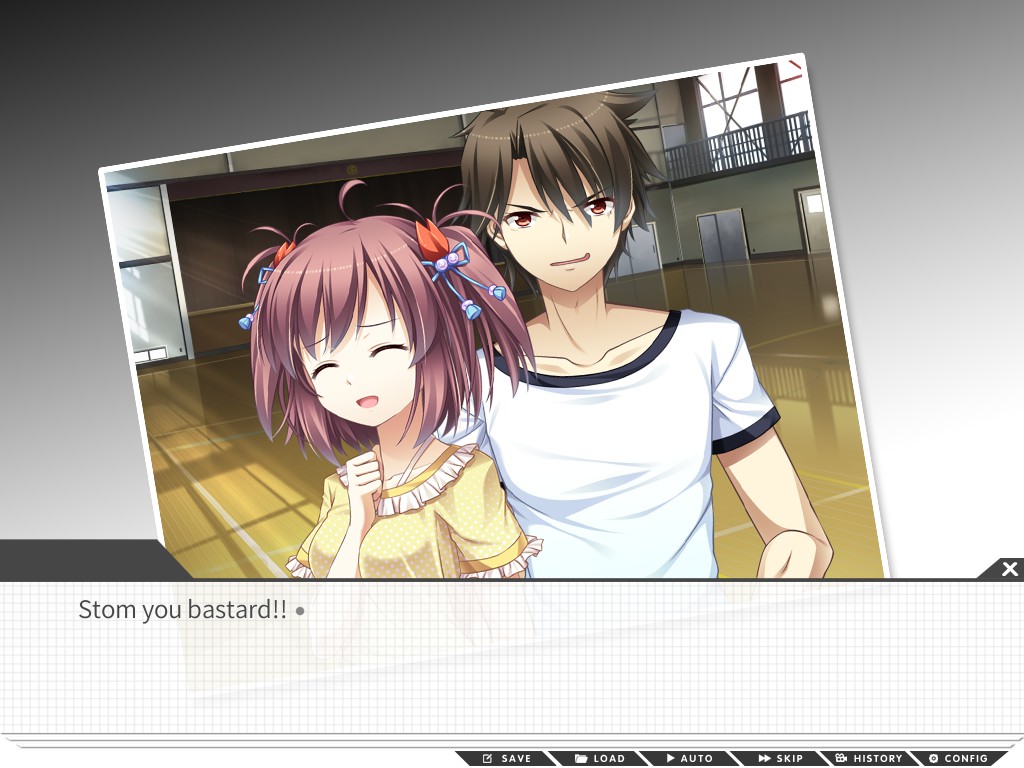 There are several other important characters in the game, including some whom you will only meet if certain events occur. Try many different options.

Seeing the characters develop and learning about their various backstories was enjoyable. The two main girls are certainly likable and have quite a lot of depth to them.

The story continues over the 100 days left for study. You have to perform a careful balancing act of spending your time with your new girlfriend, studying for the exam and other events which occur.

This story can go in a few main routes, which splinter off into more than 15 directions, which then turn into more than 50 endings. The amount of endings is a little misleading as the majority of routes have three variations of an ending, but it is still an incredibly high amount. Choices are not lacking here at all. 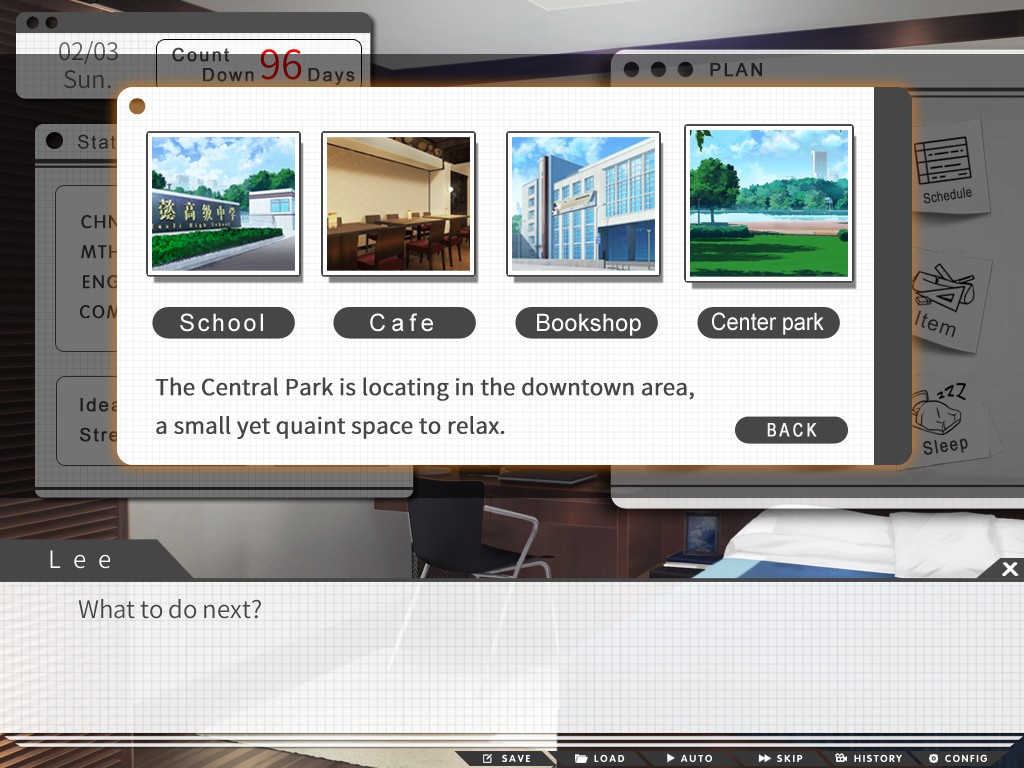 Many of the route requirements are very specific. For example, one route requires that you go to a specific place on a certain date and make some choices which are not obviously connected to the route.

Depending on the choices you make, your stats will be affected too, which in turn can affect the route you end up on. You can choose to study, exercise, relax, make phone calls and other ways to manage your grades and stress.

You can also use unlockable items to affect what happens. For example, one which can boost certain grades. You will unlock these by playing the game in different ways. It is worth noting that the game does not always explain what these do well. 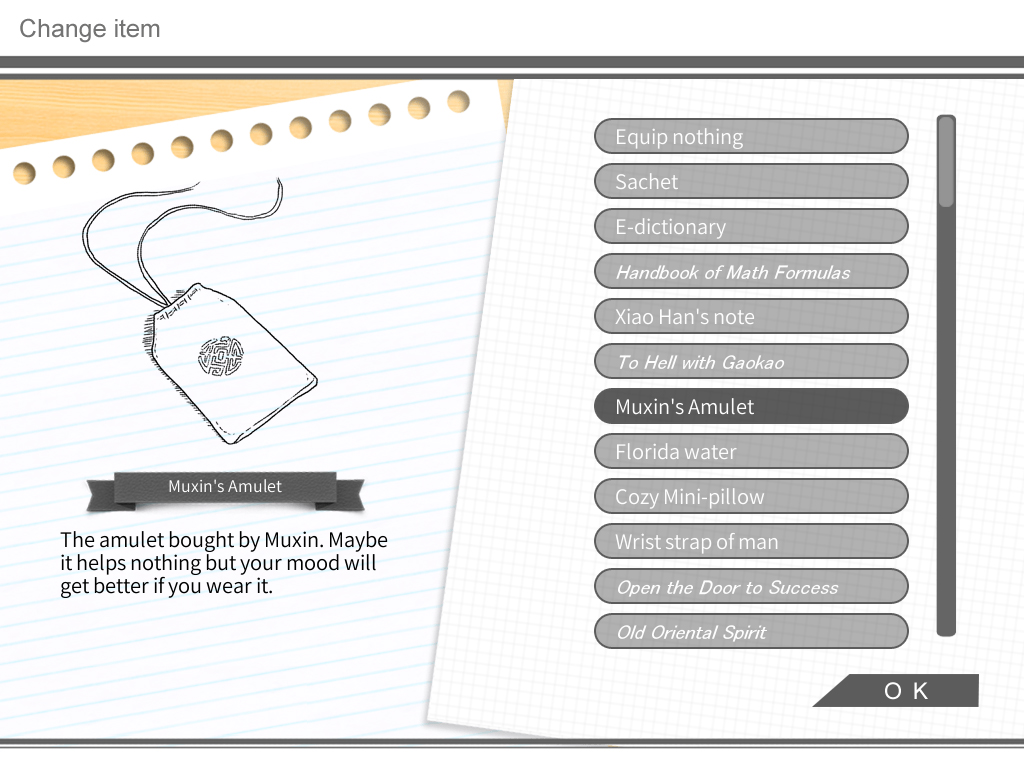 One negative point about this game is the translation and being a visual novel, it is quite an important one. Most of the time, the translation is fine. Sometimes the phrasing is a little unusual (“Let’s go out by stealth!”), but it’s not a huge issue. At other times, it can become quite noticeable that whoever translated the script is not a native English speaker. Incorrect gender pronouns are used and either incorrect articles are used or they are just missing completely.

There were a couple of areas where it seemed like the text was placed incorrectly too. For example, I did very well on an exam and it confirmed that with a score. Then it gave me the text it should give if I had done badly on the exam.

The visuals are surprisingly well done. The characters, backgrounds, and CGs all feel of high quality for what is a small indie visual novel. 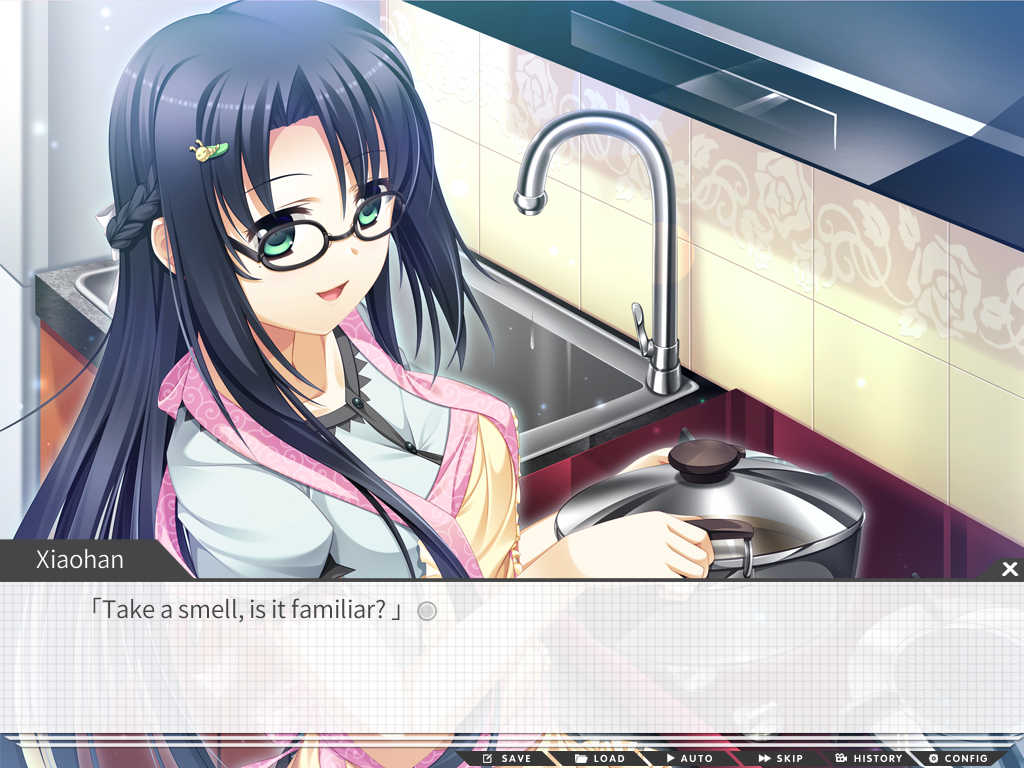 There is a nice mixture of background music which works well to set the mood. It does not stand out as particularly brilliant, but it works for its purpose.

The game is partially voiced. It is worth noting again, that this is a Chinese-made game, set in China, so all voicing is done in Chinese. The voice acting has been done well

GaoKao.100.Days is actually a surprisingly good visual novel overall, which makes the poor translation even more of a pity. At times reading it felt like my days abroad, where I often spoke with people who were almost fluent in English, but just not quite there.

The story, the characters and the sheer amount of endings do make up for it to me personally, but I have a rather high tolerance for poor English. Not everyone will feel the same.

If you think you can deal with the translation, I’d recommend it. It’s rather good and the price is rather low. I’d easily pay twice the price for a translation which had been edited properly though.

You can buy the game on Steam here or on the Nintendo eShop.

The Ditzy Demons Are in Love with Me – Review

The Ditzy Demons Are in Love with Me describes the basic idea of the game well enough. You are surrounded by love interests. While these are not all demons, they are all supernatural in origin. This game sets the tone as adult-orientated from the very first scene, even on the Steam version without any actual […]

Bokuten – Why I Became an Angel – Review

Bokuten – Why I Became an Angel is a visual novel by developer OVERDRIVE, which has been localized and published by MangaGamer. The story follows Tomoe, an orphaned student who hates love and dislikes getting involved in anything to do with romance. Despite having a cute art style, similar to many light-hearted visual novels, this […]

One thought on “GaoKao.Love.100Days – Review”