Gungrave is a series that some may be familiar with from the PS2 era. It has always been a third person shooter with a few titles released in the early 2000s which were mostly known for the characters designs rather than the gameplay. The designers were known for creating designs both for Oh My Goddess and Trigun.

The original PlayStation 2 titles never had brilliant reviews, but there was a reasonably sized fanbase for the series. It has recently been revived in two new titles for the PlayStation VR which I personally played on and has just released on PC VR (HTC Vive, Oculus Rift, etc).

I will be taking a look at Gungrave VR, but it is worth mentioning that Gungrave U.N. is also included in the Loaded Coffin version of the game. I do not own the U.N. version but have heard that it is fairly similar. 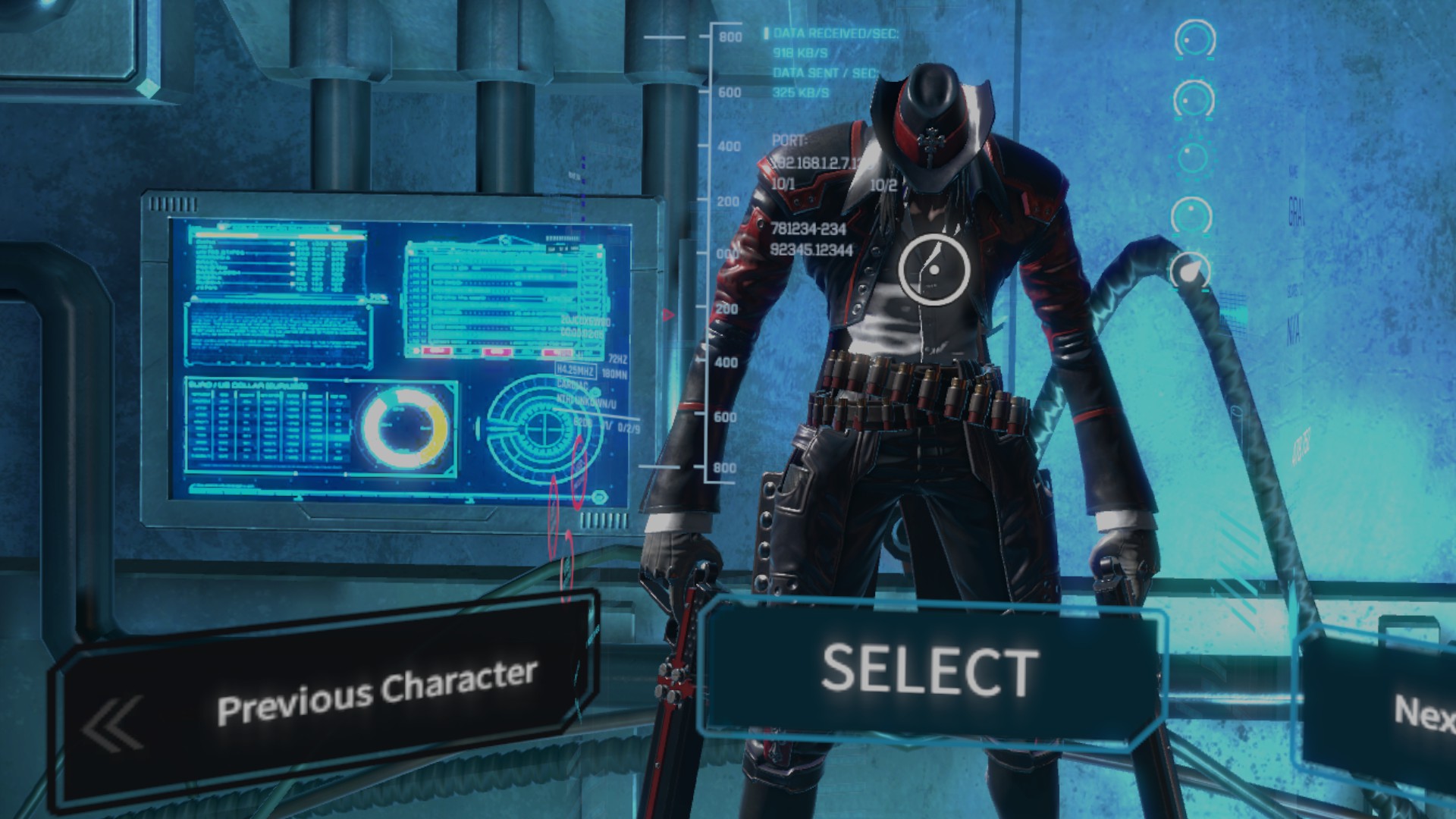 Gungrave VR has a very basic story. It is probably generous to even call it a story, as it’s more of a general concept with very little in the way of details. You get to see the setting near the beginning of the game with an alien drug becoming popular with the people and us needing to stop it from continuing by a liberal amount of violence.

You can choose from three difficulty levels. I personally found that even the most difficult was too easy, with a couple of exceptions and would suggest not bothering with easy or normal modes.

Most of the time spent in this game will be spent as a third-person shooter, as the series has been in the past. It is worth noting that some levels are actually played as a first-person shooter, however. In both of these modes, you will be using a gamepad to control the character. Move controllers and the Aim controller are not supported. 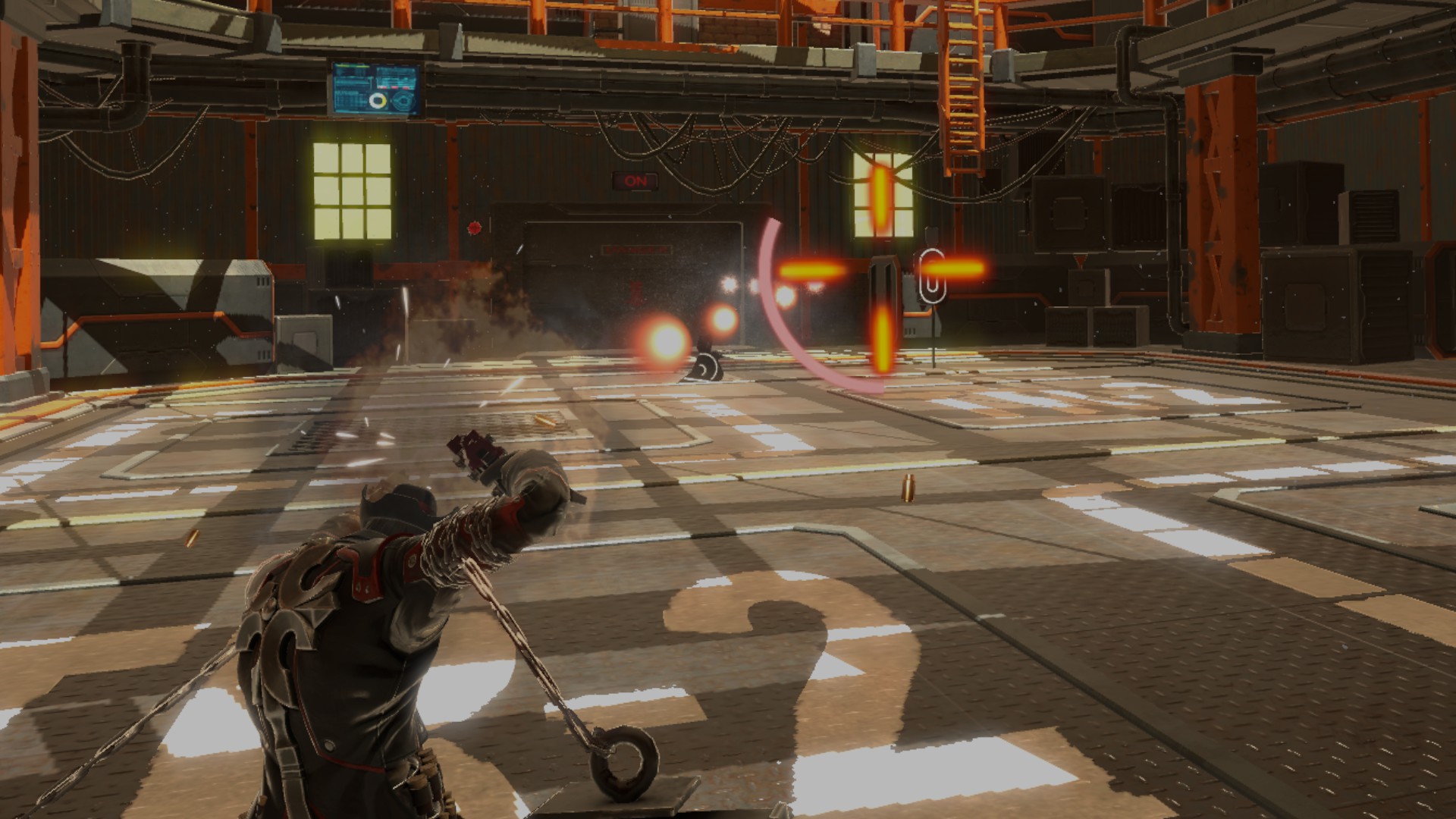 In the third-person shooter levels, you will be walking through while enemies appear in each part of the level to try and block your way. You have to clear them out using a mixture of dodging hits, shooting enemies and slicing them down with melee attacks.

The game keeps you using a mixture of melee and shooting by an overheating system, so you cannot keep up a constant rain of bullets heading towards the enemy. If you overheat your weapon, you need to cool it down before you can continue using it. In addition, your movement is slowed down significantly when shooting, so dodging becomes an issue if you try.

Shooting is aimed wherever you happen to be looking at the time. This seemed like an unusual choice, as head-tracked aiming is often disliked by VR gamers, but it works well enough.

Outside of your normal attacks, you can also use a special skill to slow down time, though I personally found myself not often using it. You also have the beat meter, which you can fill up by killing enemies. When this is full you can use a couple of, particularly powerful attacks.

I personally found that the third-person levels were not really suited to VR. The only real benefit is a small amount of added immersion and it was quite awkwardly done at times. The first person levels are more standard for VR gaming. 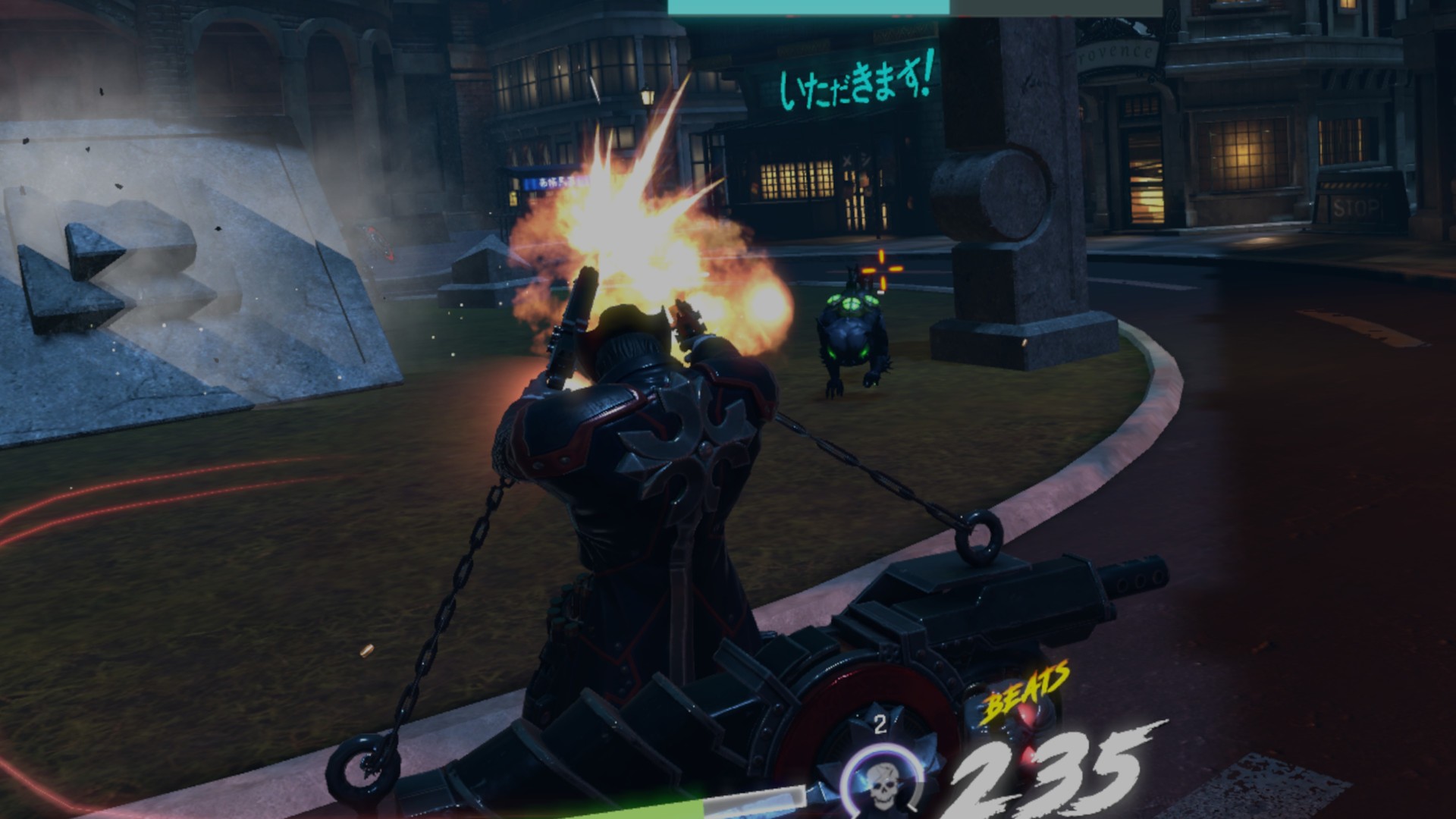 The best way to describe the first-person levels is as rail-shooters. You sit on a moving platform while enemies come and attack you. You aim your gun as normal and shoot them down. I didn’t find it particularly interesting, but it was a good use of VR at least. I did come across a couple of technical issues when playing in this mode however regarding the perspective changes.

The graphics of Gungrave VR are rather underwhelming. While a few particular assets are done nicely, the environments are particularly bad for a modern game.

The sound does not seem to be of the highest quality, but on the plus side, the game does include Japanese and English audio.

I should note that this game is incredibly short. Most people will be able to beat the game within two hours unless they get stuck on a particular boss or have other issues.

Unfortunately, I don’t really recommend Gungrave VR. Perhaps if you happen to be a die-hard fan of the series, but even then I’d think carefully before spending $30 on such a short game, with such low quality. There’s a new Gungrave game coming soon and we can only hope that it might be better and this was just a fluke from the developer’s lack of familiarity with VR.

You can buy the PC version of the game on Steam or the PlayStation VR version via the console store.