Bokuten – Why I Became an Angel is a visual novel by developer OVERDRIVE, which has been localized and published by MangaGamer. The story follows Tomoe, an orphaned student who hates love and dislikes getting involved in anything to do with romance.

Despite having a cute art style, similar to many light-hearted visual novels, this visual novel is very different in tone than you may expect. Bokuten has some comedic moments and it has some happy moments, but this is overall a tragedy story, with some rather twisted aspects. The game sums itself up in this line: ‘I guess that’s life for you. Not all good, and not all bad’. That said, I would say that it leans far more towards the bad side in this case. 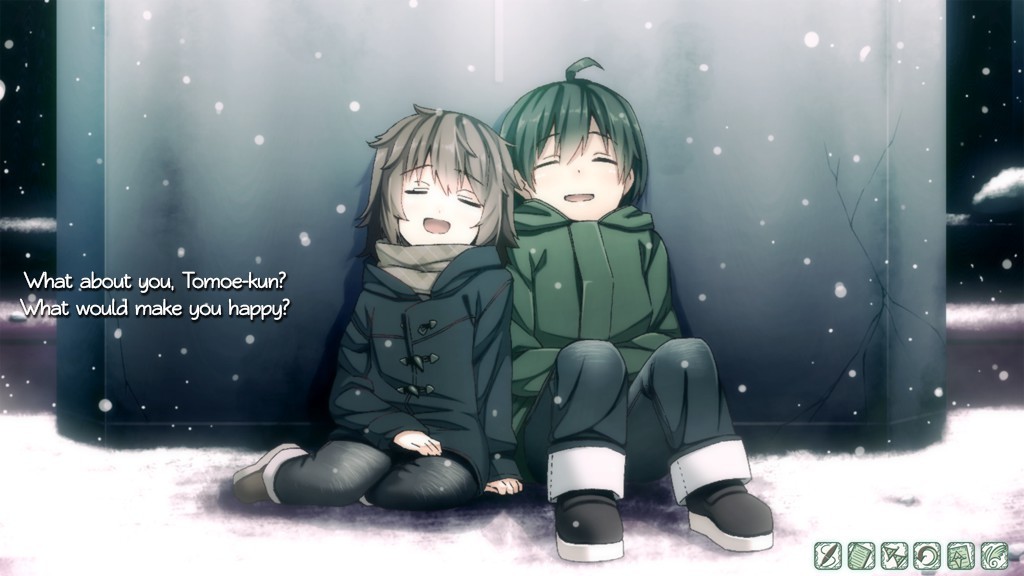 If you are buying this game on Steam, a lot of the mature content has been cut out. A free 18+ patch can restore this. This can be found on the MangaGamer website here. You can of course just buy the uncut game directly on MangaGamer.

I would recommend playing this one with the adult content. The sexual content itself is a mixture between some fairly standard scenes, some fetish scenes and some which may upset more sensitive readers. Interestingly, the scenes also involve a variety of body types rather than just the standard. Outside of the sexual content, there are also topics that may disturb some readers.

Bokuten is definitely not for everyone. Between the tone and the topics covered, I highly recommend that anyone considering purchasing the game should know what they are letting themselves in for first. 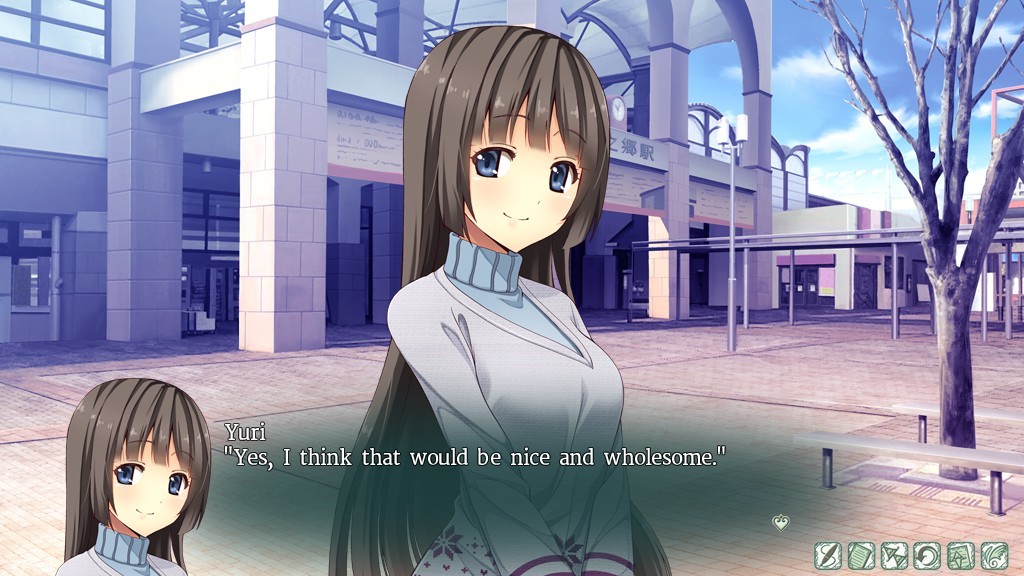 As you start the story, you learn that our main character Tomoe lives alone in a city where thousands of angels are meant to live, according to legend. It is an out of the way city, mostly known for churches and hills.

The parents of his childhood friend watch over him from next door. He lives a bland life – go to school, go home. He is fairly apathetic and has no real interests. He does occasionally practice archery and is incredibly talented at it, despite his lack of interest. Throughout the story, we see hints of why his personality has been shaped this way.

Soon enough an angel comes falling into his life – literally. The angel Aine falls from the sky and breaks all but one of her guitar strings. This was thought to be impossible. The guitar strings are made of the ‘red string of fate’, which are meant to tie lovers together. Angels can help to encourage love between people, but cannot directly interfere with the red string of fate. 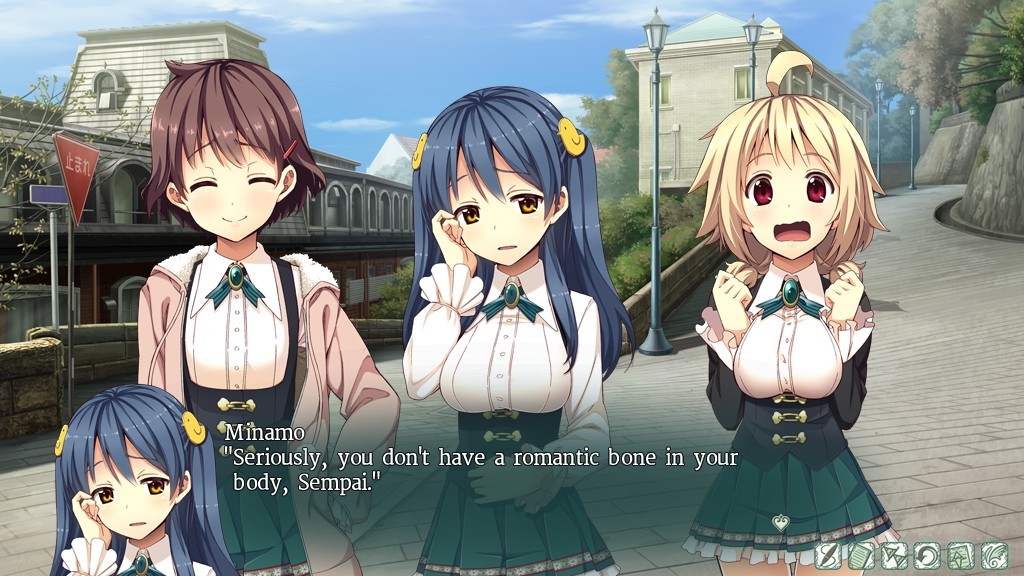 We learn that hearts can fracture when a human heart sustains a greater shock than it can bear. After this, they cannot love that person or cannot to the same extent. This is more related to an angel’s duty.

Angels are meant to help to heal human hearts. In this story, angels generally play instruments and sing to return the fractured shards of their hearts and heal them together. With a broken guitar, Aine cannot do this. She does have the one red string left, which can be fashioned into a bow.

Unfortunately, we learn that Aine is fairly inexperienced as an angel and quite bad at archery. With this, Aine convinces Tomoe to help her perform her duties. While Tomoe is reluctant and has conditions, he agrees to help Aine return heart shards using his archery skills.

As you go through the story, you come across several cases of different characters with their own love problems. Each case has a chapter. A major theme that presents itself throughout the cases and the rest of the story is the question of what is happiness and sacrifice. As mentioned, this could be described as a tragedy.

Each case’s character has a decent amount of depth and their motivations and histories are explained and the focus is on their story in the chapter, rather than only using them as a side character to explore the main characters. I was quite impressed by how well it did this.

Most of the cases have a choice on how to resolve them. Tomoe can often choose whether to help them by borrowing Aine’s angelic powers or to leave them alone. This is usually set as a moral problem, without a clear answer on which way is actually better. There were often considerations such as respecting the character’s choices or knowing the outcome of assisting. I liked how it wasn’t always a clear-cut case of helping to be a good thing. Many of these case characters have adult scenes included as part of their story.

One interesting feature which often presents itself both during the cases and the rest of the story is Point of View switching. This lets you see events from other character’s perspectives and see their thoughts on events.

Through the choices you make in the cases, you also unwittingly decide which route you end up on. There are four routes, three of which have two endings. It plays like a fairly standard visual novel in that the routes all have you progress romantically with a certain character, but how it happens and the endings may not be how you would expect them to be. While I enjoyed all of the endings, I personally felt that it was quite unusual in how you chose them as there is not really an obvious hint in which choices will lead you where.

There is what I would consider a true ending, which is locked behind the other routes. While I did enjoy most of this ending, I felt like it took a very strange turn. Not that the other endings could be described as normal.

There are four main girls in this visual novel. Aine, Naruko, Minamo, and Yuri. Rather unusually for a visual novel, you don’t meet Minamo or Yuri until a couple of hours into the story.

Aine is the angel you meet, as mentioned. She is a very forthright and overly positive girl, who is obsessed with love being the answer to everything. She is shown to be quite stubborn at times and a glutton.

Naruko is your childhood friend. She takes care of Tomoe, bringing him food and waking him up each day. It is to the point that she even lays out his clothes. She acts as a positive and active person, who does not always think things through carefully.

Minamo is a year younger than Tomoe. She can be nice at times, but also can seem irritable and delivers some quite sarcastic lines.

Yuri is a year older than Tomoe. She seems a bit oblivious at times but is extremely responsible when it comes to her younger sister. She is overly kind.

I enjoyed all of the characters. A lot of the moments of humor that broke up the serious issues were from their interactions and they all had interesting backstories and motivations to explore. I personally liked Naruko the most as a character but found Yuri to have a more interesting route.

I would suggest taking the following order of routes: Minamo > Yuri > Naruko > Aine. This is both for plot reasons and for other reasons I’ll avoid mentioning due to spoilers.

I personally took 19 hours to complete the entire game. This was making use of saving at choices and skipping previously seen text. A single playthrough took me 10 hours from start to the first ending I achieved. There is a good amount of length to it.

The writing and editing itself are very well done. Considering the length of the visual novel and how new it is, it’s impressive that I did not catch many mistakes. They have done a good job.

I found that the artwork is all to a very high standard and there are just under 90 CGs, which is a very high amount in comparison to many other visual novels. The character sprites are detailed too and have quite a range of expressions.

The music is well done with a good variety of 35 BGMs and 9 songs. These cover quite a few different situations and fit well into the scenes. I really enjoyed the voicing too. The named characters other than the main character are all voiced well and fit the characters.

The options are quite good, with a reasonable amount of choices. The extra menu is done particularly well, with voicing and character animations to take you through the various areas to see CGs, scenes, and music.

I would personally recommend Bokuten – Why I Became an Angel, again with the caveat that the reader knows what they are getting themselves into. This is a very sad, emotional experience with some highly disturbing scenes and topics. It is also a very well written visual novel with a great story that I would highly recommend to someone who wants to experience something out of the ordinary.

The game can be purchased at MangaGamer’s store or Steam.

Many thanks go to the publisher MangaGamer for a review code for this title.

GaoKao.Love.100Days is a little different to most other romance visual novels in how it starts. You start the story by confessing your love to the adorable Muxin, who soon becomes your girlfriend. In most visual novels this would be the ending. Of course, not everything is perfect from now on. You have 100 days remaining […]