I will make it clear from the beginning, that you do not need a VR headset to play this game or experience all of the content. There are benefits to the virtual reality additions, but you can view these scenes on your TV or monitor as normal. 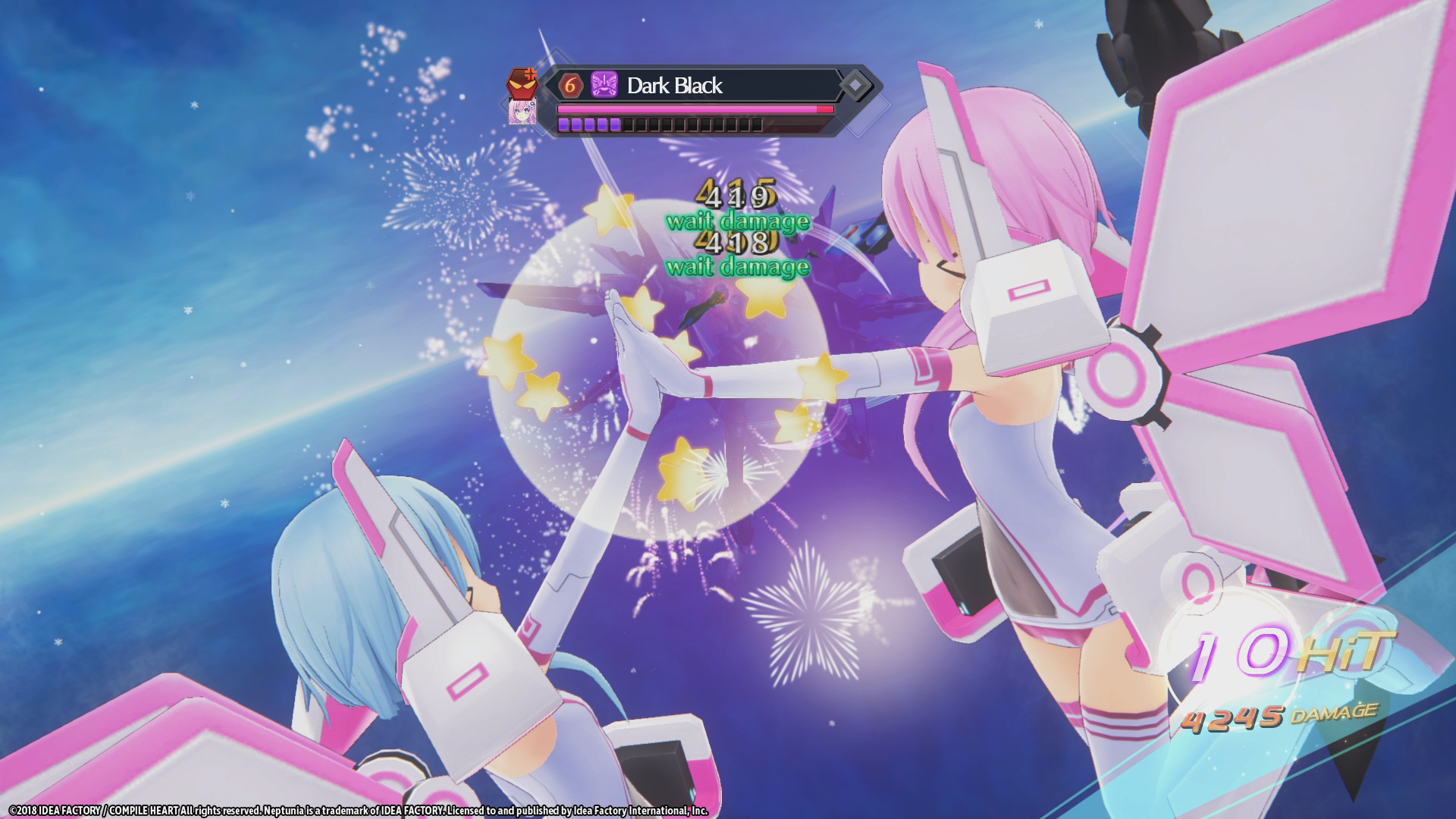 The idea behind this game (and the Hyperdimension Neptunia series generally) is that the world consists of several nations, which are all based on game consoles and their respective companies. For example, our main character Neptune lives in Planeptune, the most advanced of the four main nations. It represents Sega and related consoles. All of the nations are lead by Console Patron Units (CPUs) who represent consoles, such as Neptune for the unreleased Sega Neptune console or Plutia for the Sega Mega Drive.

The series as a whole is filled with humor, memes, game references, and fourth wall breaking. There is fanservice (with the occasional risqué scene) and it is very much geared towards fans who would appreciate anime and game humor.

The series as a whole revolves around the idea of different dimensions and universes. At the beginning of this story, Neptune finds a console, unknown even to her as ‘a sophisticated games sommelier’. The player will likely recognize it as something similar to a Sega Dreamcast. The console transports Neptune and her younger sister Nepgear to the Zero Dimension – a dimension in ruins with only one person living there. You spend time trying to save what remains of her dimension with your new friend Uzume and a talking, walking fish. The fish is somehow the best character in this arc. 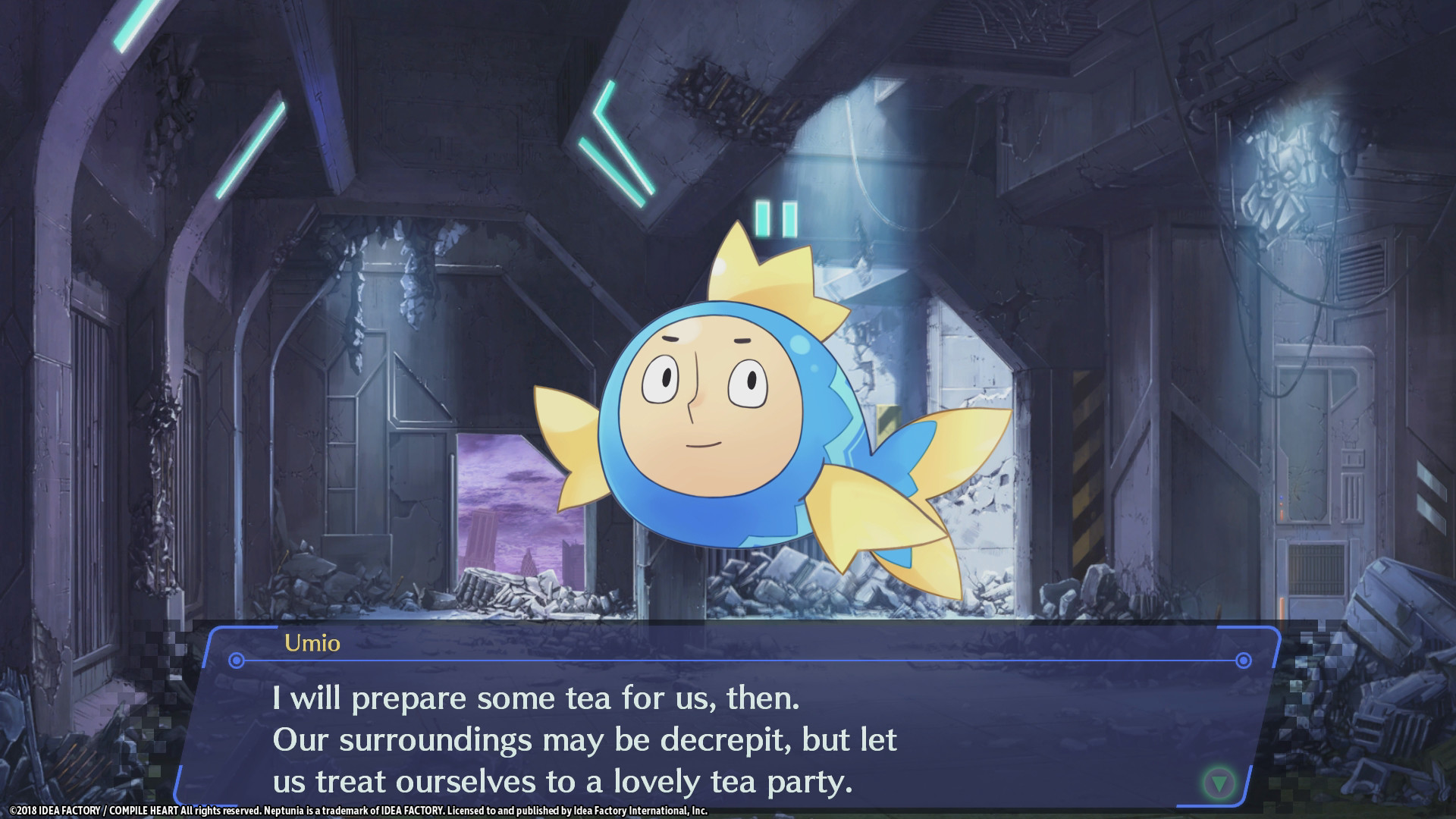 After this chapter of the story comes to a close, you move onto the second section. This is where the game really opens you. It focuses on the four main protagonists and you play through each of their scenarios. Quite a lot of characters are introduced during this section, which can be overwhelming until you get to know them. This section is particularly filled with the comedy that the Neptunia series is known for and what I would personally suggest is the best part of the story.

The third and final section concludes the story. There are some surprises here, but nothing too unexpected. This includes a more serious focus on the story as compared to the previous sections and wraps it up neatly.

Spread throughout the story are the VR scenes. These do not really have much to do with the main story, acting more as a way to get to know and interact with the characters. Longtime fans of the series will appreciate this a lot, but newcomers may not be as interested. 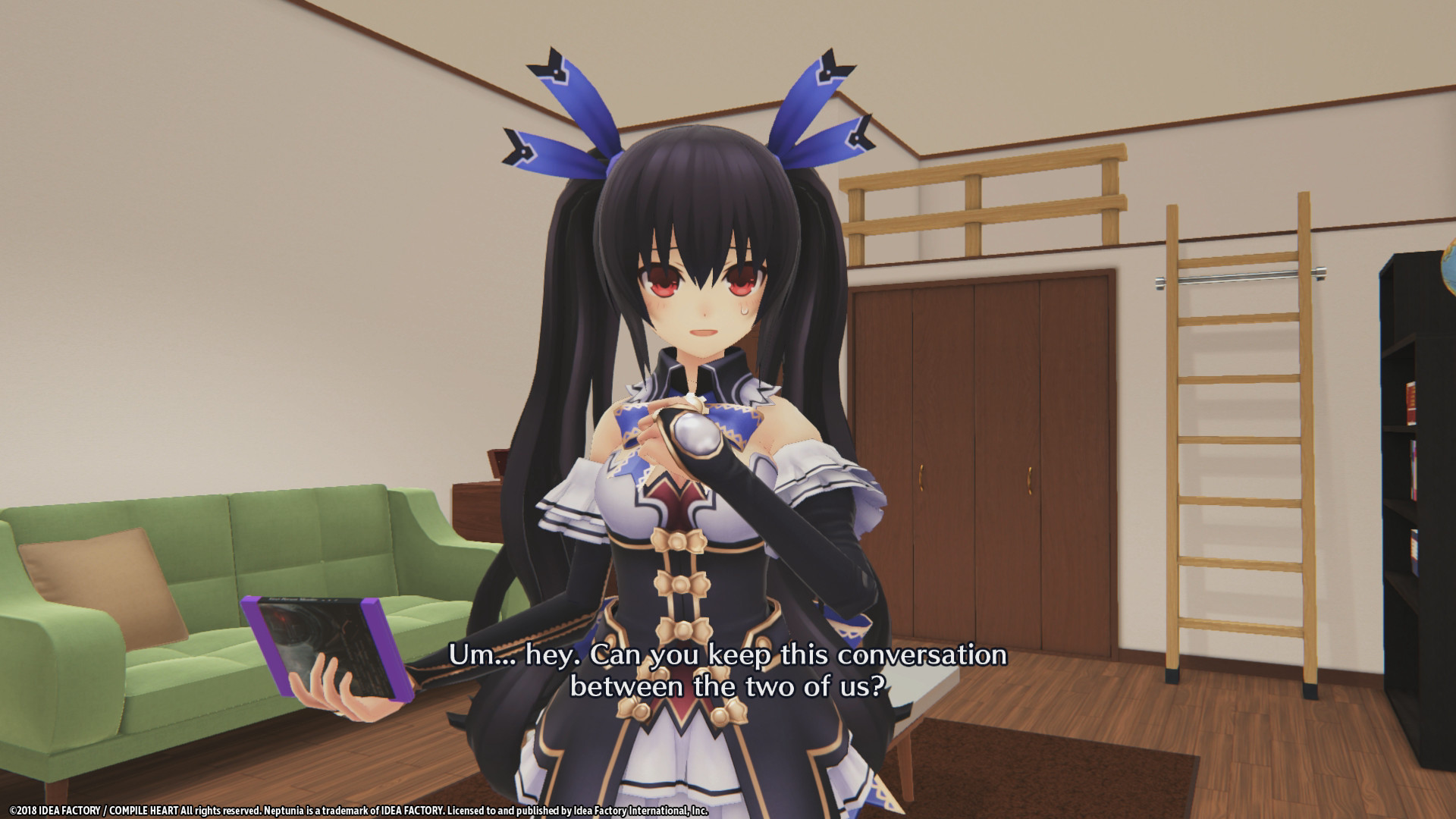 The gameplay is split into three main aspects. The story as described above, which is told in a visual novel style. The dungeon crawling, where you walk (and jump) around a number of dungeons, finding items, achieving objectives and running into enemies. Finally, there is the battle system which is a turn-based mode where you attack some rather strange monsters.

The battle system allows you to move your characters around to get into position. Each attack has an area that the enemy must be within, but the enemy can also move around to attack back as needed. You have normal attacks, team attacks, and special attacks. On top of these, some characters can transport into their CPU form for a power boost. When the battle ends, you will be healed so you do not need to worry too much about healing item management and the like.

A fourth aspect, if a less common one is the VR mode. This is fairly limited. In this mode, you sit down, put your VR headset on briefly (if you have one) and the character will talk to you. In each scene, they will ask you a question or two and you can respond by nodding or shaking your head to get different answers. It’s a nice touch for Neptunia fans but wasn’t really needed. It feels more like a bonus. 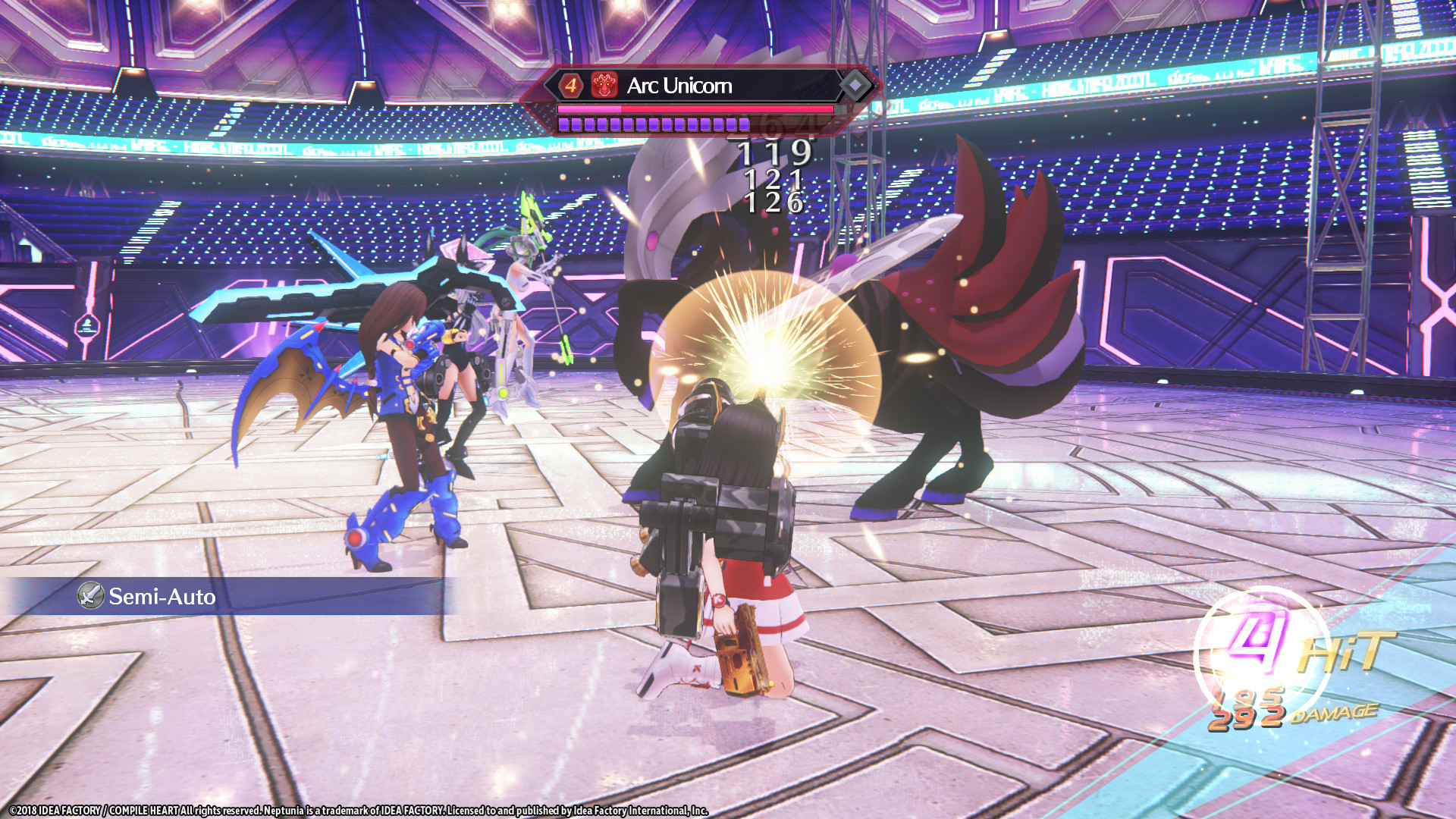 Graphically, the game is has a lot of detail. It’s mostly a bright and colorful world too, which is always nice to see. The graphics in the VR mode could be improved, but as that is a small segment of the game, I won’t hold it against them.

The sound is done well, with a varied soundtrack and partial voicing for the characters. As always with Neptunia games, the voicing is done very well in both English and Japanese.
I did enjoy this game and I would recommend trying it to anyone whom this type of comedic game appeals to. I will say that not everyone enjoys this style of game, but it is definitely one of the better examples of the type. The cast of characters brings a lot of fun to the series and the absurdity of it will make most players laugh. The only other caveat I would include is that if you have already played Neptunia VII, I would wait for one of Idea Factory’s frequent sales as there isn’t too much different about it.

To help support this website, you can buy the game via Humble Bundle here or you can buy directly on Steam here instead