Gal*Gun 2 is all about shooting anime girls who are madly in love with you or perhaps being in lust with you would be more accurate. They charge at you, shout words of love, grab you, hug you, step on you (no judgment if you’re into that) and all sorts.

This game is available on the PC, PlayStation 4 and Nintendo Switch. In addition, a DLC which allows you to play the entire game in virtual reality is available but only for PC. I personally played on PC, both with and without VR. 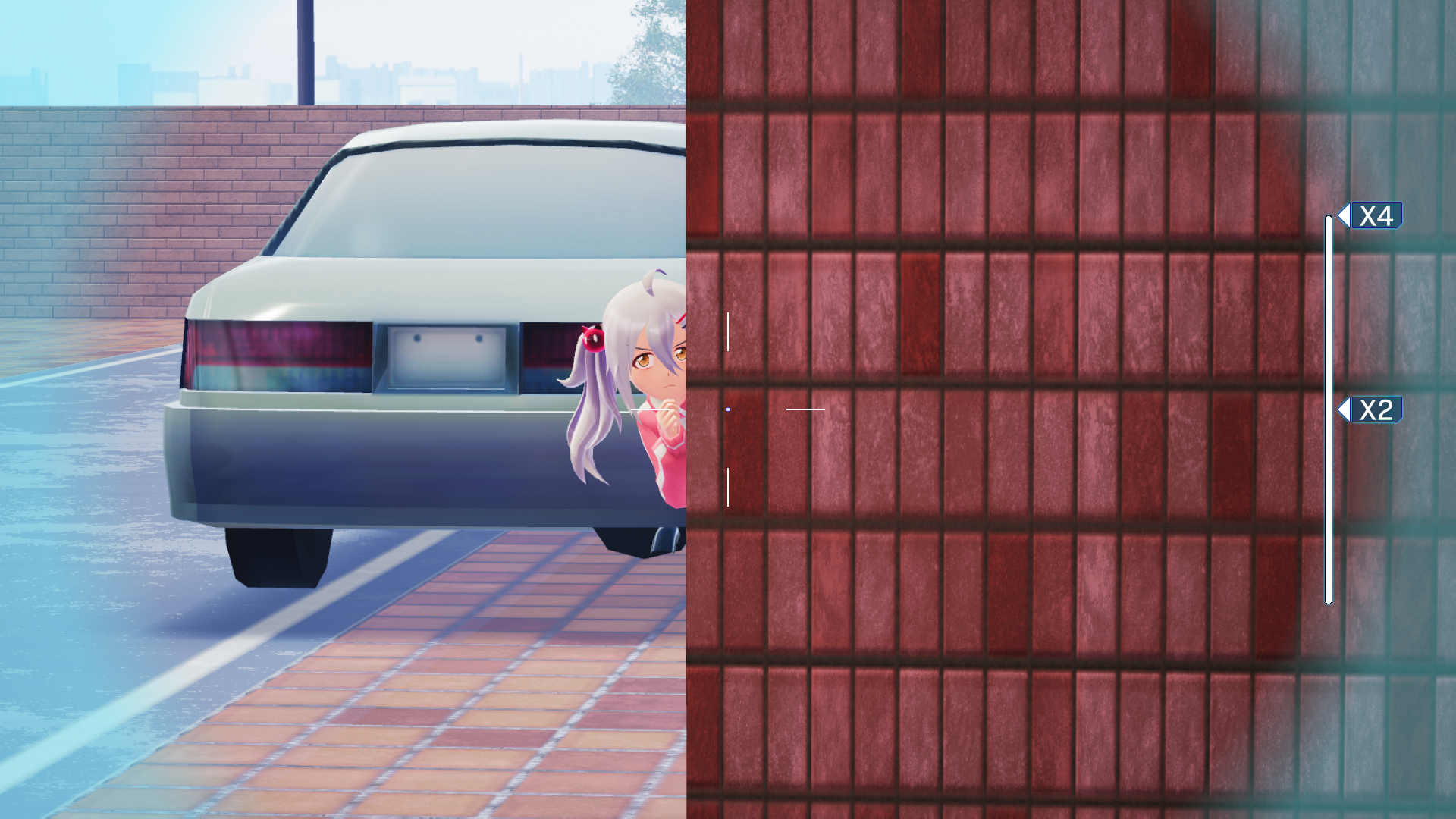 Your sudden popularity with the girls isn’t natural I’m afraid. A demon has arrived in your school and is causing mischief. An angel has descended to give you a set of VR goggles and the Demon Sweeper, which is basically a vacuum cleaner, to help you fight the demons.

The angel gives you 30 days to help defeat the mischievous demon, or else the VR headset will be stuck on you forever. Throughout this time, you will interact with your childhood friend Nanako, your shut-in next door neighbor Chiru, the failure of an angel Risu and Kurona the demon, among other characters.

There are two modes in this game. The story mode and score attack. I’ll mostly be focusing on the story mode, but all the gameplay aspects mentioned are present in score attack too.

The story is mostly character driven. Quite often it involves scenes where Kurona will cause a problem of some sorts and you have to rush to solve it. There are often scenes with one of the characters, revealing their backstory. You can continue along these paths by feeding Nanako and Chiru snacks to grow their affection level.

I don’t want to delve too deep into the story, but I will say that I enjoyed it. The conversations with the characters are outright hilarious at times, but they each have issues to overcome, secrets to explore and growth shown as characters throughout the story. There are five potential endings to the game, unlocked depending on which characters you interact with, which missions you take and similar requirements. There are also a number of side-stories.

The story itself is told mostly by 3D characters moving on the screen. There are occasional 2D scenes with CGs but these are quite rare. 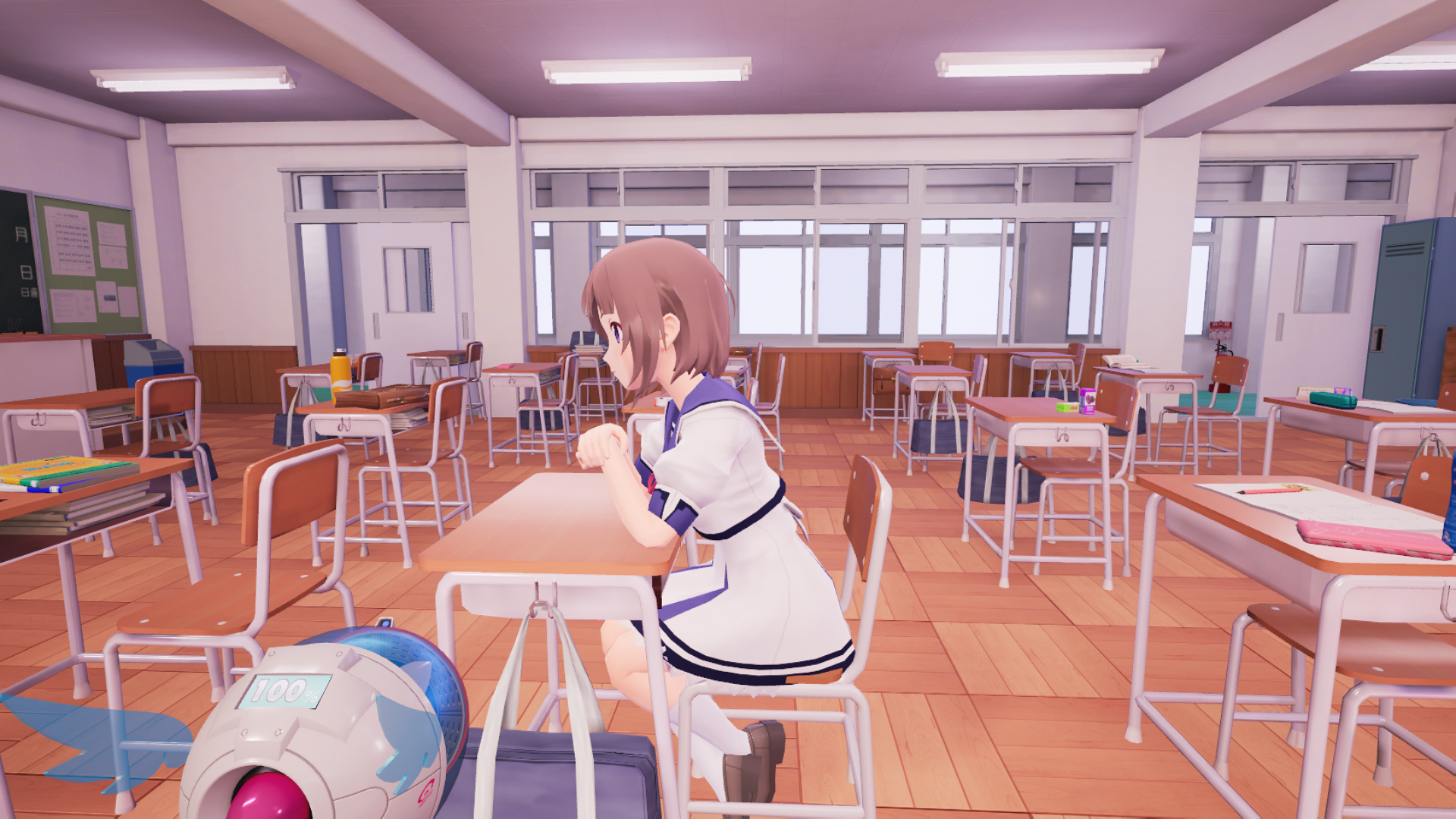 The gameplay itself is absurdly fun. The general idea is that you will be shooting the girls in their weak point, to make them fall to the ground in with ecstasy. There are also other methods such as staring into a girl’s eyes until you can use a special one-shot ‘kill’ for all the girls in the area and some situations with ‘Doki Doki’ mode, where you shoot demons directly out of a girls body, while she moves about for your access.

Some of the girls are powered up by mini-demons and you need to shoot these off, vacuuming them up with your demon buster to gain the most points. Later in the game, you can upgrade the demon buster so it not only sucks up demons but also rips off the girl’s clothes to automatically defeat them.

I should note, this is not an ‘adult’ game as such (despite the existence of certain adult mods), but it’s certainly not a family friendly one. There are some lewd CGs, torn off clothes and adult humor. In one example, you end up taking swimsuit photos in an area of the game where your weapon is replaced with a camera.

There are three types of mission. Shooting, defending and searching. 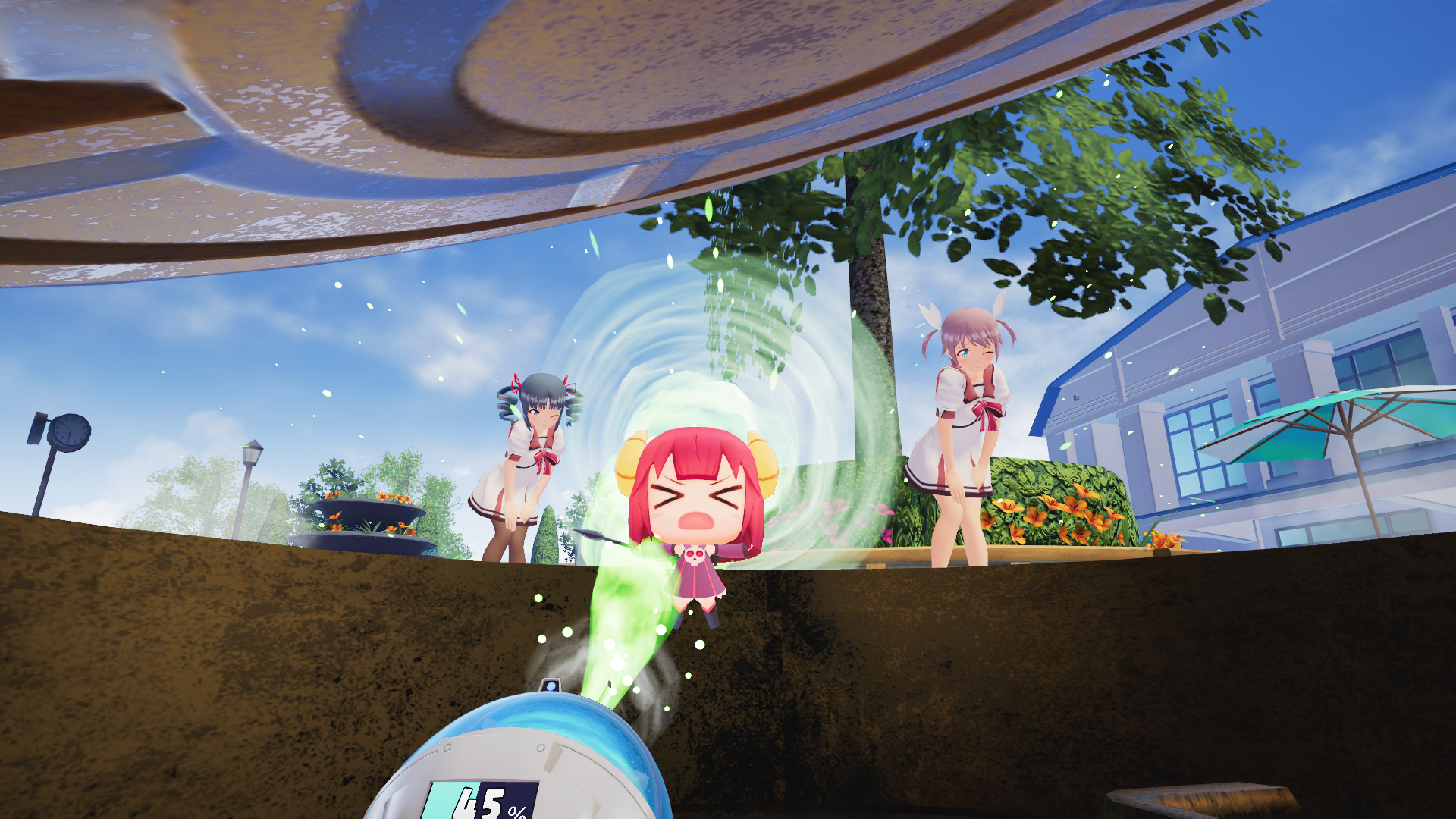 In the shooting missions, you are moved into an area and the girls will attack you. They often pop out from hidden areas and will rush you if given a chance, so you have to continually scan for them. In some areas, you will be hiding and get to snipe them quickly. You then are moved onto another area when the current one is clear and this repeats until the end. Sometimes you can choose your next point, but it is usually automatic.

In the defense missions, you will generally be in a few areas, which you can move about as you please. Mini-demons will be attacking someone whom you need to protect, so you need to keep defeating them without letting them get hurt too much.

In the searching missions, again you can move about several areas yourself. You need to find hidden items, in places such as a closed locker or behind boxes which need to be shot out of the way. Demon-possessed girls are walking around, whom you can sometimes avoid or shoot before they notice you.

Beyond the story missions, there are tons of missions where you can help the girls around the school. They all fall into the classifications above but reward you with the girl’s phone number. You can call them up, become friends with them, get them to dress up as you wish, pose them as you wish and even fantasize about going into Doki-Doki mode with them, where their clothes start coming off. 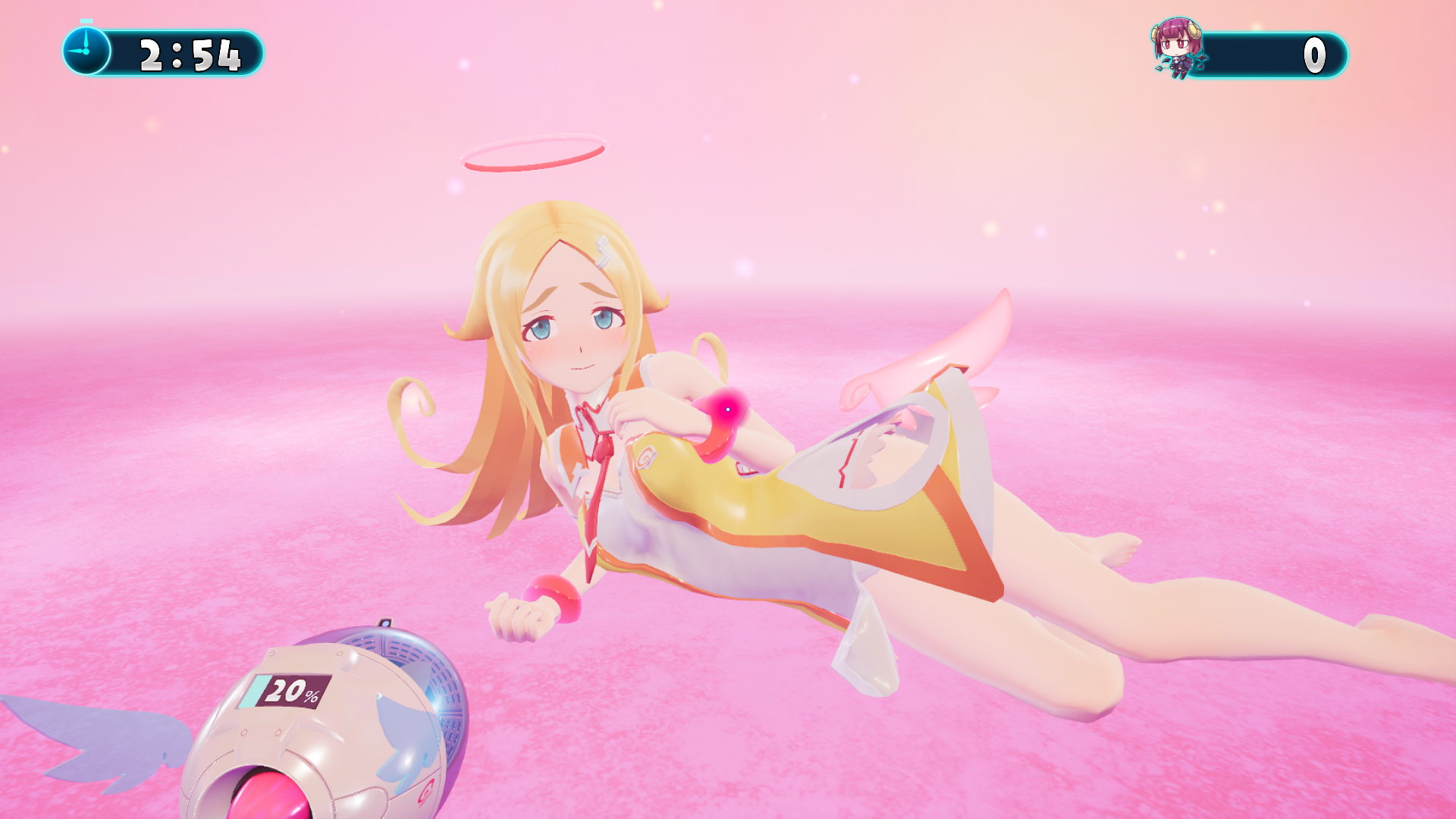 After you complete the game, you can play again with New Game+ to complete further endings. This allows you to keep your upgrades.

For the VR mode, the only real significant gameplay difference is that it removes the ability to zoom and it adds the ability to physically move. It does add a lot of immersion to the game though, so I would recommend trying it if possible for that.

Graphically, the game is nice, bright and colorful. The anime art style makes the transition to 3D well and despite not being overly detailed, it is always clear.

The music is very catchy and the sound effects are done well. The entire game is voiced in Japanese and the voice acting is done brilliantly, with voices bringing the characters to life.

Gal*Gun 2 is a very well put together game, in my opinion. It’s certainly not one for everybody due to the sexual tone of the game, but the gameplay is tons of fun and it’s paired with a good story and high production values. It costs about $45 with an additional $7 if you want the VR DLC (which I would recommend), so it’s not cheap but it will keep you busy for a good 20 hours or so if you try to complete it or at least six if you rush through once. I personally thought it was worth it.

To support the website, you can buy the game for PC on Humble Bundle here or alternatively, you can buy on Steam. For PlayStation 4 and Nintendo Switch, the games can be purchased on their respective stores.