Clea is a survival horror game, where stealth is the only way to remain among the living. It is anime-themed, which is not a surprise as it is by InvertMouse who until now has been making visual novels, such as The Last Birdling.

Steam (PC) is the only available platform to buy this game at the time of writing.

You find out at the beginning of this game that not all is right at the Whitlock Mansion. Clea’s mother does not turn up to her birthday. A disturbance is heard. You find out that being called Chaos Servants are roaming the building. Clea and her brother try to escape, but as the story unfolds, you find hints that there is more going on. 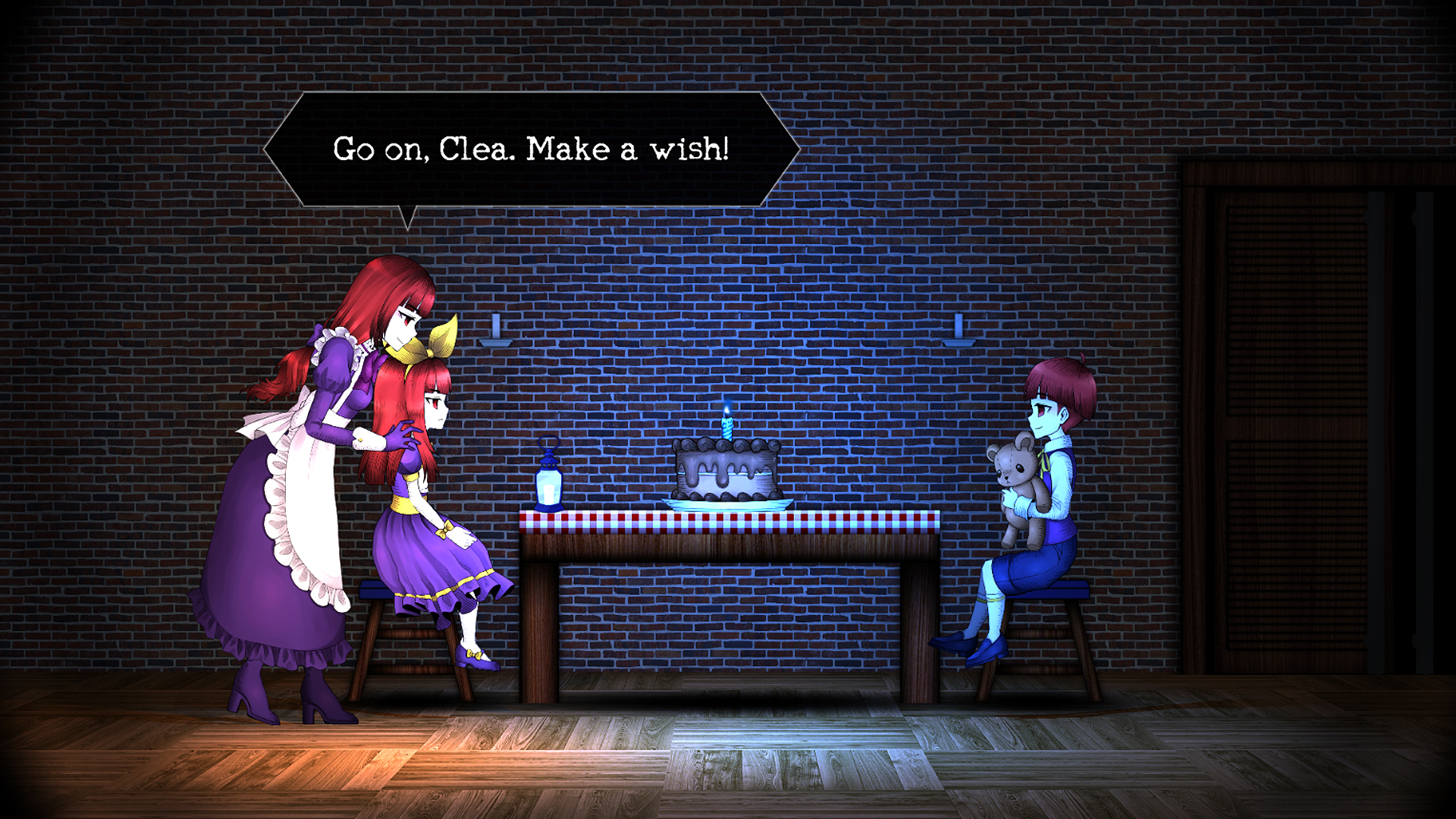 I enjoyed the story and the way that it was presented. Between levels, there are cutscenes with voice acting which tell the main story, but you can also find further story detail by finding notes and books, such as several of the maid’s diary entries.

In this game, most of the time the player will be running and walking, but mostly sneaking around as Clea. This is not a game where you go around defeating the enemies. Hiding in a closet is a more likely action. If an enemy touches you, it’s instant game-over.

I should warn you that this is not an easy game. The game comes with two difficulty modes by default and a further unlockable difficulty mode. I recommend new players start with the ‘Light’ difficulty. I personally felt that even the easiest mode was difficult enough to put many players off from playing the game. 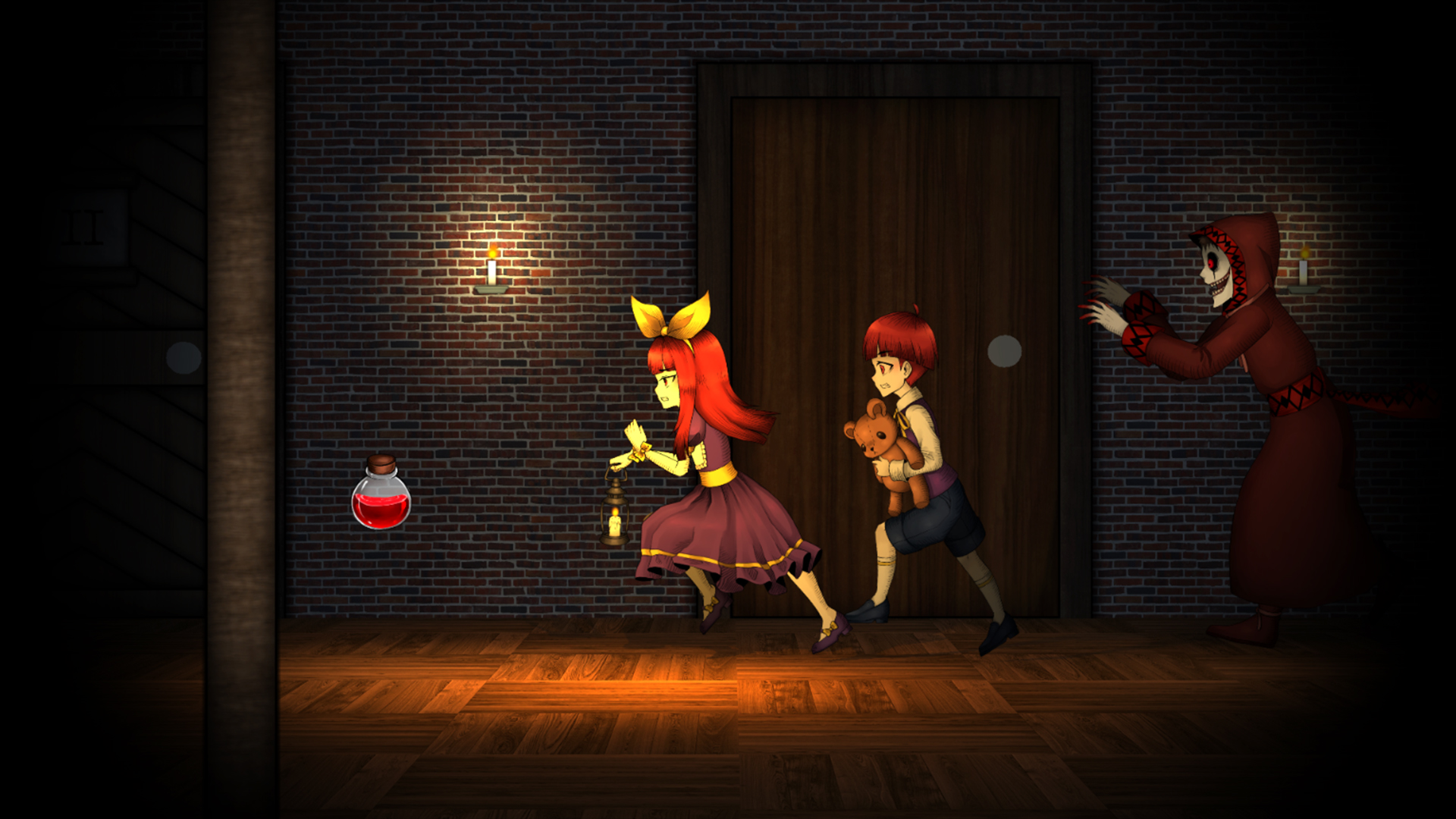 The basic idea is proceeding through the levels, solving puzzles to unlock the way forward and avoiding enemies while doing this. There are six chapters which have relatively unique looks and introduce new enemies throughout.

Enemies can hear your movements. Running around will have you found quickly and you often cannot outrun them if they do see you. Even going into another room often isn’t enough to escape as they’ll follow you in if they have seen you. Various items can be interacted with to make sounds too. This lets you lead the enemy around, controlling their movements somewhat. I enjoyed this aspect of tricking the enemy when it was possible.

On the other side of the equation, if an enemy is nearby you will be able to hear the sounds they make too. You have to listen carefully and headphones are highly recommended due to this. You can also peek ahead and backward, as well as look under doors to see what is on the other side to try and proceed safely.

I loved the idea of this but didn’t think that it worked brilliantly. I often couldn’t tell whether an enemy was close or far away by the sound – just if they were somewhere in the vicinity or not. Several times I peeked under a door, saw it was clear and then when I opened it up they were waiting there for me or just out of view of the under the door view. In my opinion, the sound needs to be more distinct or there needs to be some other method to detect the enemies, as deaths this way seemed more random than fair. 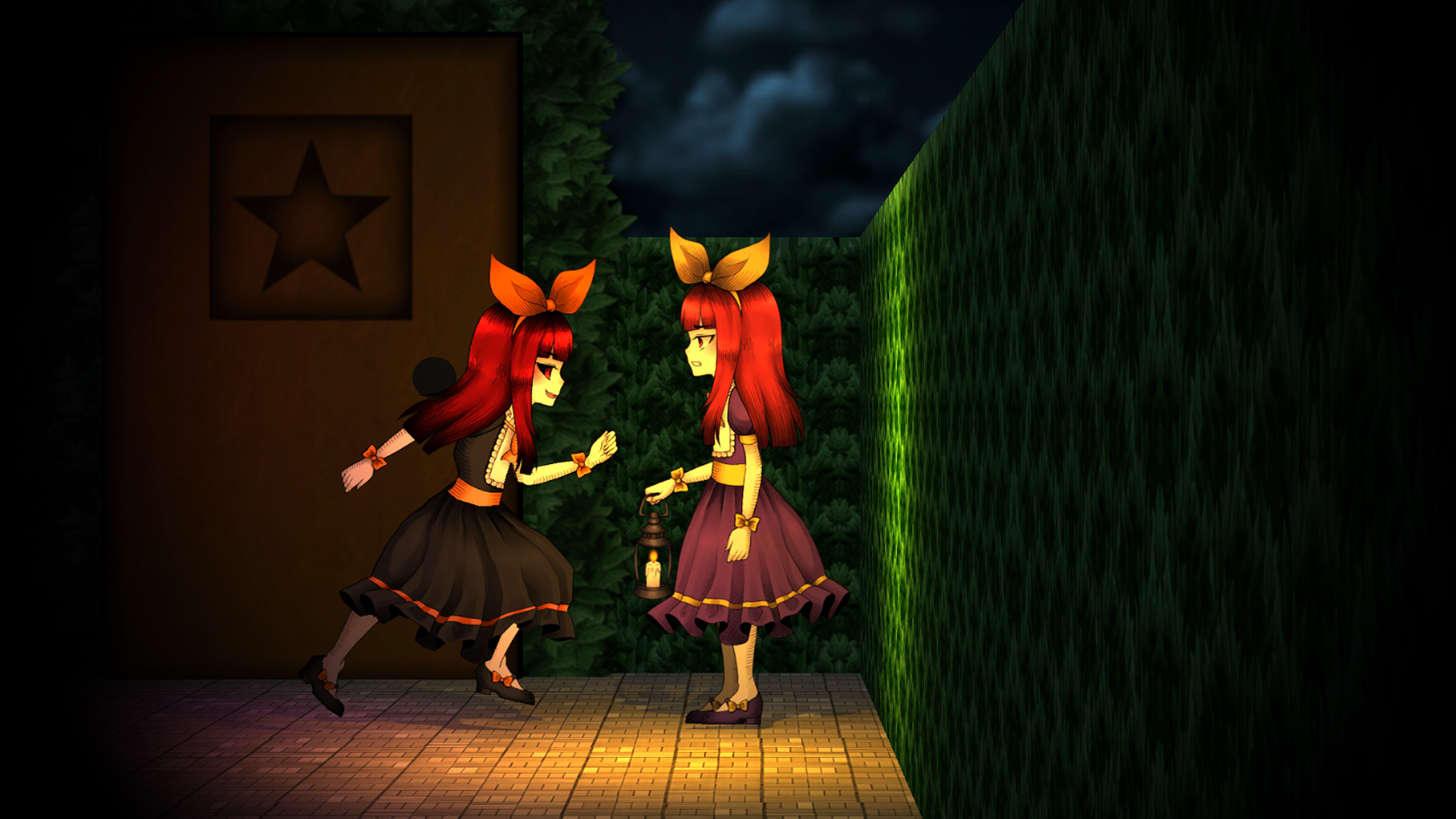 In most games, getting a game over is not a huge deal. In Clea, it can be incredibly frustrating. You can only save at infrequent save points and only if you have a consumable item. The game is not particularly generous with the save items either.

The puzzles are relatively simple. To avoid going into detail which may give too strong hints, I’ll just mention that they involve aspects such as mazes, figuring out patterns, observing the environment, finding switches and dealing with items. This can involve some going back and forth. I felt like most of the puzzles were well done, with the exception of one particular one.

At the end of a chapter, it lets you know if you hit certain targets such as completing the chapter within a certain amount of time or without doing certain actions. I found that this added a good amount of replay value. You will also unlock a variety of in-game bonuses. There are Steam achievements to collect too, which is always appreciated.

At the end of the game, you can finish in multiple ways. One particular ending is only available if you complete certain criteria as a reward. I did like how this was done, as it gave a good incentive. 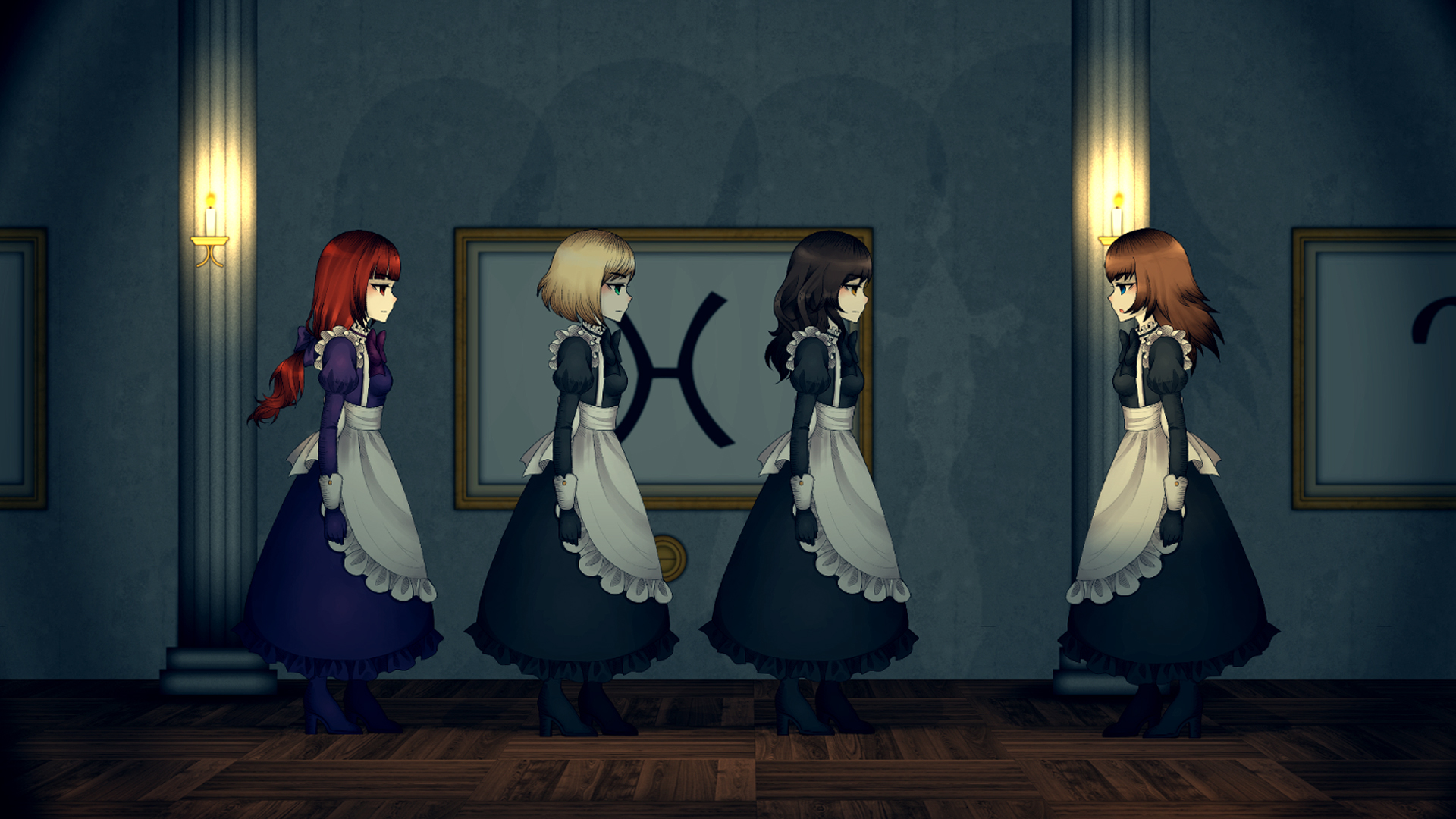 Graphics and general atmosphere are a strong point of Clea. I felt like it has a particularly unique graphical style with some great character designs, which added a lot to the feel of the game. The use of 2D and lighting stood out. I like the anime style personally, but it also feels distinct enough that I think people who dislike anime may not associate it with that directly and still enjoy it.

As far as the sound goes, I’ve already spoken about the use of sound in detecting enemies but the general game sound is well done and I felt like the quality of voice acting was high. The fact that each character is voiced in a game at this price point is impressive itself.

I would estimate that it would take most people less than two hours to complete a run through of this game. That includes multiple deaths causing them to load the latest save. It certainly isn’t the longest game, but for approximately $6 USD I wouldn’t expect it to be. 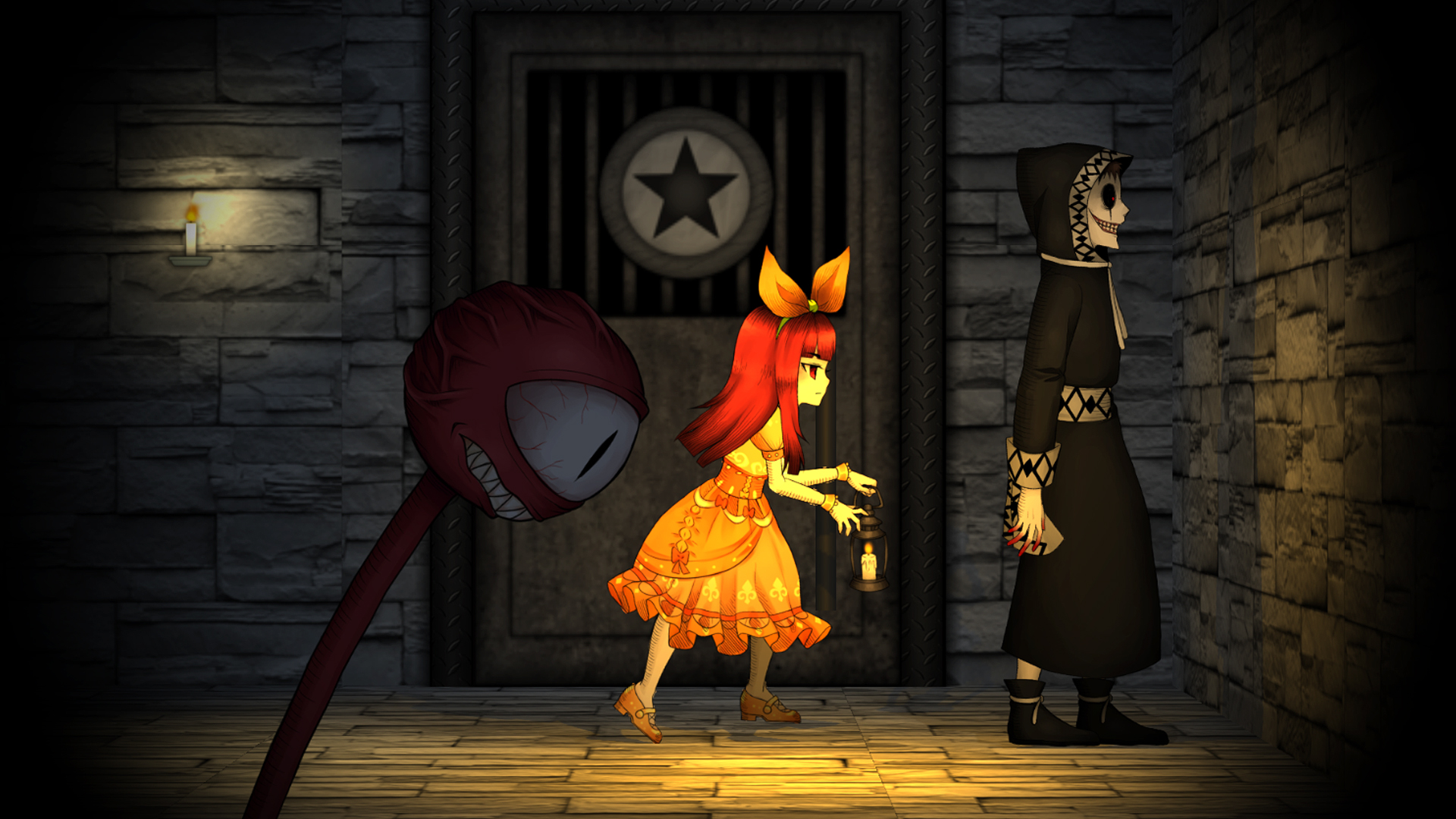 Overall, this is a very interesting survival horror game. I enjoyed the story, concept, general atmosphere and multiple aspects of the gameplay. I did feel like it was overly difficult however, due to the difficulty in avoiding enemies and it often feeling like chance. It’s well made, but that one point might kill the enjoyment for a lot of people. Still, it’s worth checking out and certainly affordable.

You can buy the game here on Steam.

Many thanks to InvertMouse for the review code.