Tokyo School Life is one of the rare visual novels which has released not only on PC but also on the Nintendo Switch. It follows your character as he begins his time as a foreign exchange student at Keyakidai High in Tokyo and learns not only about Japanese culture, but about the three girls that he is assigned to live with during his time there.

Unlike many visual novels, there are no fantasy elements – the story is based in reality, if a rather unlikely one. You won’t be coming across any angels, demons or wizards, but you will be meeting some out of the ordinary people.

The story is mostly set around the school your character attends and the dorm, which happens to be a shrine that he lives at with the girls. That said, you will visit various places both in and out of Tokyo and be introduced to them, through the game. 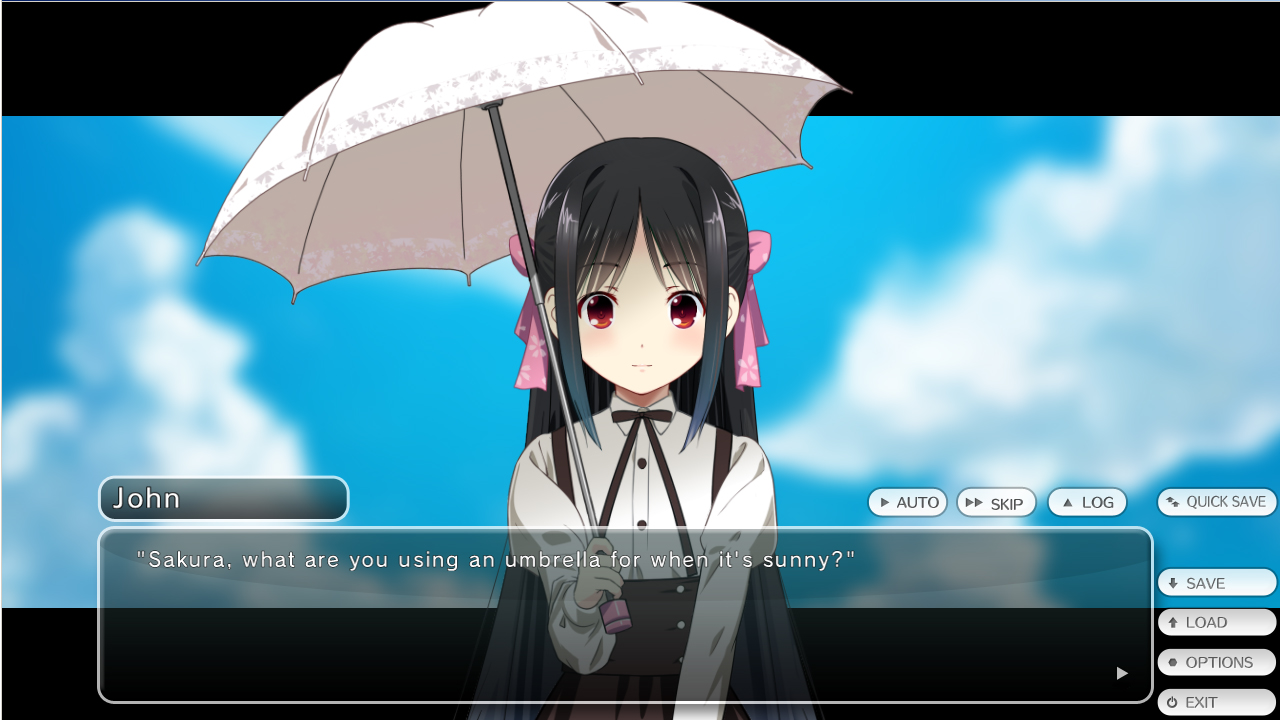 As you go through this, you get to know the three girls better. At first, I thought that Karin, Aoi, and Sakura (particularly Karin) would be fairly generic characters, making heavy use of tropes. After continuing, I actually found they had more depth than I expected.

While Karin could certainly be described as a standard tsundere, after the initial violence and the warming up process begins, you begin to find out more about her hopes and dreams. Some of her interactions add quite a bit of comedy to the game too.

Aoi is shown taking care of all the other members of the group, as well as most of the chores. She is probably the blandest character, but very likable. Later in the story, you find out that she has her own difficulties and some interesting history behind her initial bland impression.

When you meet Sakura, you would think that she meets the ideal stereotype of a Japanese woman. You soon begin to pick up hints that this is not entirely the case though. Sakura has what I would consider the most touching route and my personal favorite.

The three girls are shown to have a strong friendship throughout the game. Each night you can see a conversation between the three on their phones, often centering around their time with the character. This is a nice way to see a view outside of your character’s own interactions with the girls. 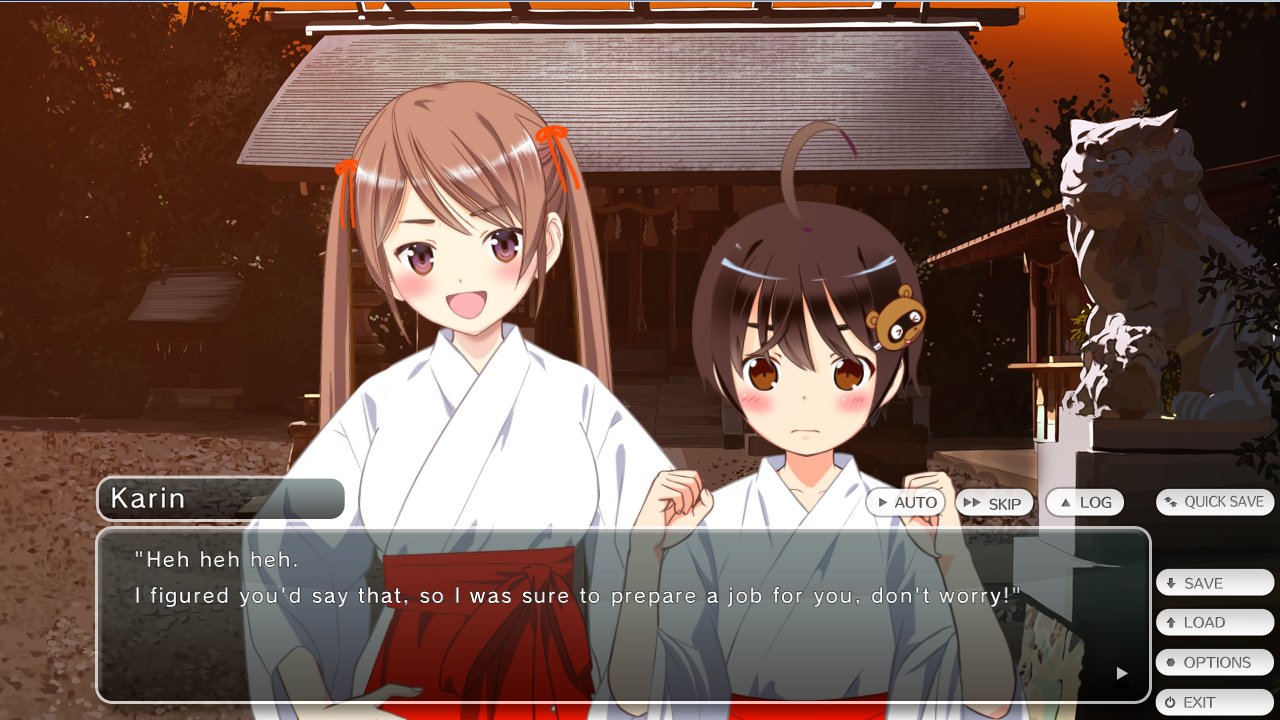 As the story continues, you are prompted to make one of three choices throughout several points. At a certain point, you will outright be asked to choose which character route you wish to follow. These routes unlock if you have made that character happy enough through your previous choices.

The final notable character is your own. He seems to be purposely rather generic, so you can insert yourself. You have to name your character, rather than the option to rename. Very little is mentioned about his backstory and he does not have any particularly strong traits. Your character is generally a nice person, enjoys anime and manga and is interested in the girls – basically the target audience for this title.

While the story isn’t particularly strong in this game, one thing it does well is to teach the reader about a variety of cultural points. These are often explained to the character and he also comes across some very real difficulties of living in a foreign culture and Japan specifically. I have personally experienced some of the difficulties the character does and made some of the same observations while I lived abroad, so I could relate. It mentions both positives and negatives of living in Japan as a foreigner, but never really goes into any serious points, keeping it fairly light on this topic.

While the game never mentions it directly, I have been assuming the main character is American due to some of the comparisons he makes during these conversations. As I am a native English speaker, but not American, this did break immersion slightly. It is not a major negative though. 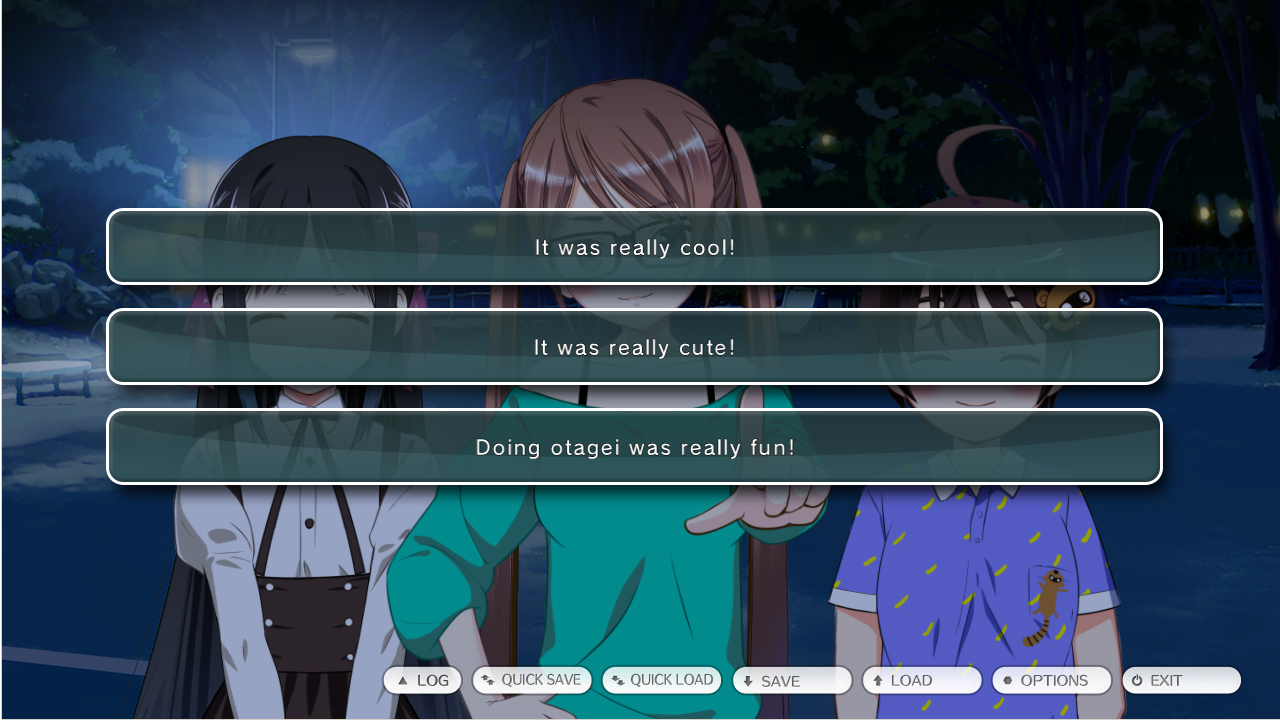 While I’ve already mentioned the story as not being particularly inspired, the writing itself is fine. I make a note of this due to so many visual novels releasing with mistakes. That said, it is a rather short game, clocking in at about six hours to complete all routes. There is much less to check over.

Language learners will likely love one feature of this game, even if they are not interested in anything else. It is possible to play in English as normal but with Japanese at the top of the screen. This can be reversed or turned off. The Japanese can be switched between Kanji, Hiragana or Romanji depending on the readers wish.

Visuals in the game are definitely worth praising. While the backgrounds are fairly bland, often looking like blurred photos, the character visuals really bring a lot of emotion to the game. It is unusual for a visual novel, but they are animated. The characters can be seen to speak, gesture and otherwise move about in relation to the script as it is spoken.

I have no issues with the audio, but the music and voice acting does not particularly stand out. That said, It is all done well enough and fits the game and scenes.

In the end, this is a fairly short and simple visual novel with some comedy. If you have an interest in Japan and visiting it, it should be an interesting read. To me, the interactions with characters were better than the story and I was very impressed by the use of animation.

You can buy the game for PC on Humble Bundle to help support the website, directly via Steam or on the Nintendo eShop for the Switch.