Growing up, I was enamored by one particular genre out of all of them. You could say it was an unhealthy attachment. JRPG’s were always a part of who I am. For as long as I can remember, they were always present. I can recall watching my dad play titles like Tales of Destiny or Lunar. While he would, I’d imagine being the characters. I once hummed a theme from Secret of Mana for show-and-tell. Hell, I’d annoy my friends with Wind Nocturne. It’s a pretty song, don’t @ me. Or do, I need followers. Now, as an adult, I still enjoy them immensely. I still hum the music. And both the previously mentioned have inspired a trilogy of novels from me. So, when the gracious Degica gave me the chance to look at Hero Must Die. Again. I was stoked. I also get to rip at the writing without it being seen as nitpicks! Yay!

Hero Must Die. Again. opens right before the final battle. You and your party members gather outside the Demon Lord’s chambers. It’s decided that you, the nameless hero, will fight him alone. It’s during this fight that a choice is made. A choice that’ll change your life. Literally. You cast a spell that’s so intense that you both die. Game over.

You soon wake to an Angel calling your name. Because your act of bravery saved the entire kingdom, she has a gift. God as seen it fit to grant you five more days of life. Your goal, as you’ve decided, is to locate the girl you love. Someone you sadly can’t recall, but as they say, love is blind. A meeting may just rekindle the mind. So poetic. 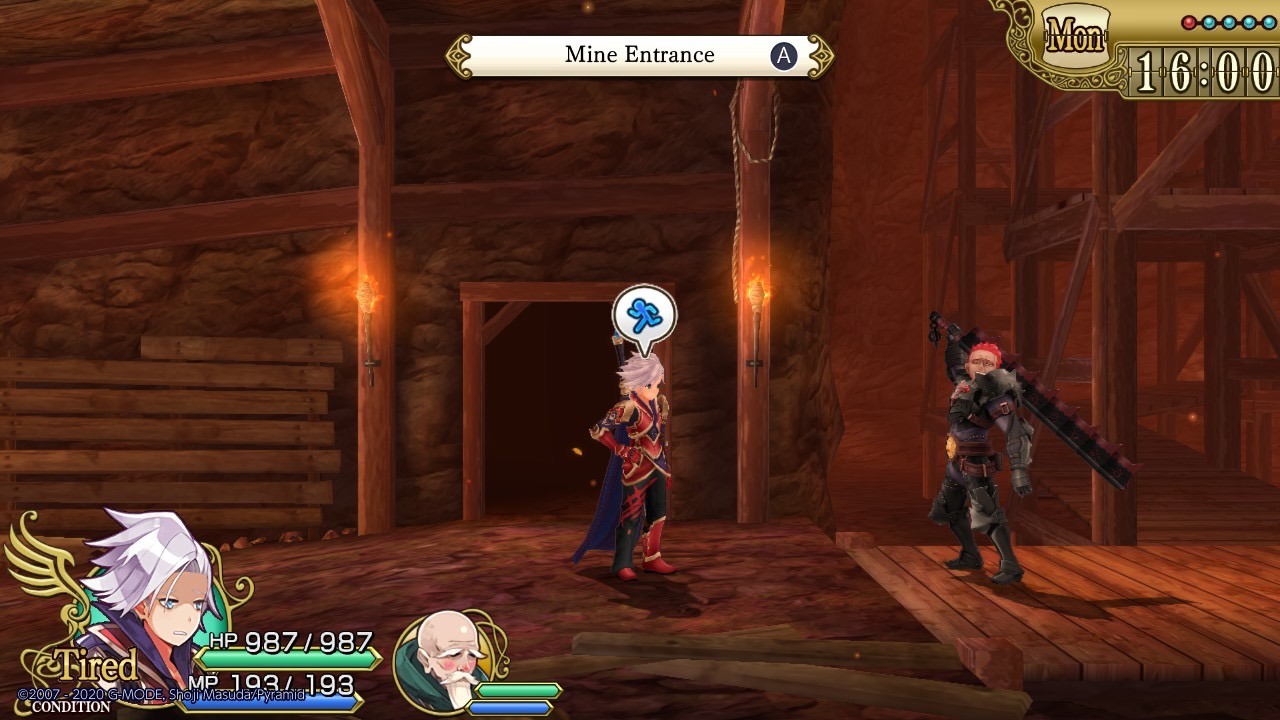 I must commend Pyramid and G-Mode here. The overall concept is quite interesting. I’ve not played many JRPG’s that throw you into the Post-Game content. However, Hero Must Die. Again. never fully realizes it.

All your former party members have accepted your death. So, when you suddenly reappear, I expected a grandeur reaction. Instead, I got a lackluster one. There was nothing. No shock. No interaction. I did not believe our nameless hero had even been killed. No one questioned it. The only thing they’d do is ask for a favor.  Did no one miss you?

I did like how if you accepted a quest, but left it undone, it had an impact. They’d come to your funeral and belittle you. You’ve let them down. A bit callous as you only have 5 days, but a promise is a promise. A lesson for life. The writing in that section was noticeably better. If you accepted and completed the favor, they’d react accordingly to that. There was actual emotion At the funeral. You were a good soul. It was a far cry from the first post-mortem encounter. 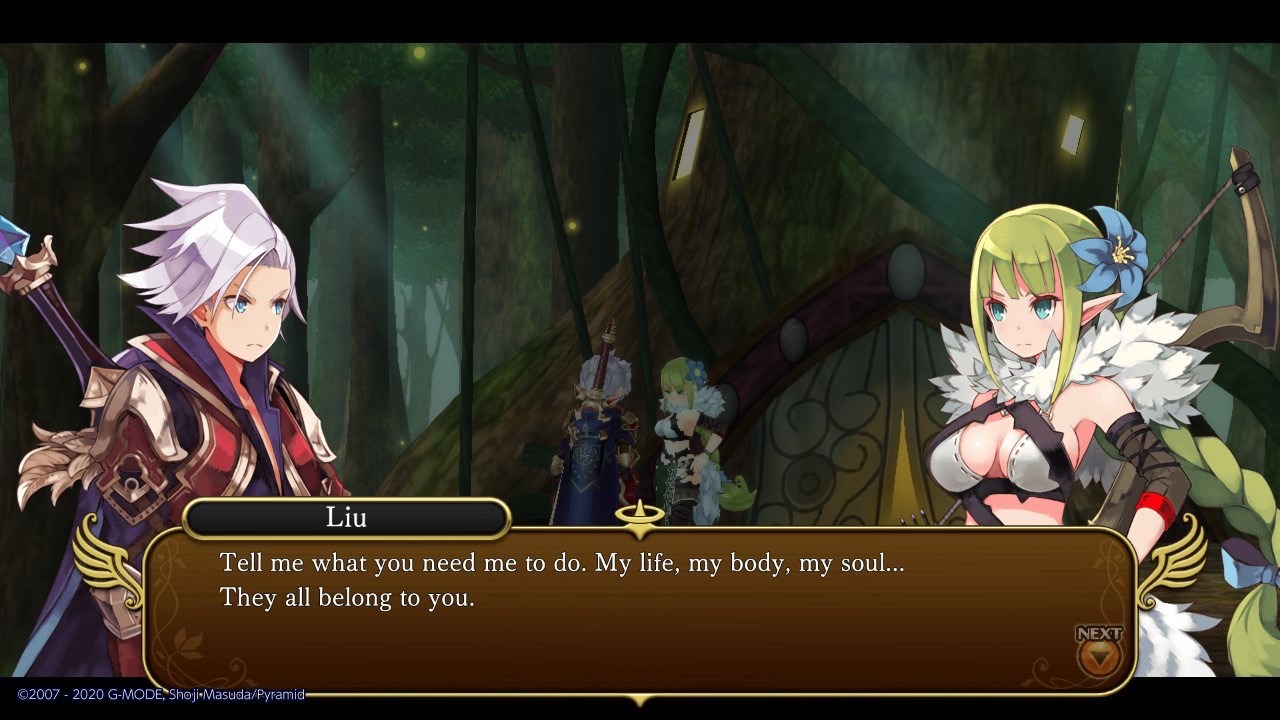 A personal favorite aspect of JRPG’s are the character interactions. To see how differing personalities mesh. How their relationships play out. It breathes life into the world. Makes it feel authentic. So, it’s a shame that was mostly absent. Early on, your first companion, an old man named Thomas, will inform you about each location visited. It’s informative, and I like the world-building. The presentation is, once again, where the issues lie. For a JRPG to flourish, it needs flavouring. It needs a leg to stand on. Unfortunately, Hero Must Die. Again. needs a prosthetic.

Overall, I genuinely feel the writing was held back. Ironically, it was the ambition that did so. While the tools were there, the trigger was never pulled. As is, I felt the story was more on the barebones side with scattered flesh. A cake  not fully baked. More time was needed in the oven. I think another factor that hurt it were the characters. Their growth had already taken place. Where do you go from it?

I would’ve liked to explore the devolution of their emotional state. Just like the nameless hero is diminishing, have their feelings do the same. How the inevitable banishment of their friend effects them. Let’s see that unbridled grief. That meltdown. This would‘ve added a very  interesting dimension. I did like that characters are aware of the Groundhog Day repeating though.

Not much to say. Hero Must Die. Again. is stable. I never experienced any stutters, and the animations were smooth. If I had to point to anything, it would be the lack of uniqueness to said animations.

Hero Must Die. Again. was released back on the PlayStation Vita. It’s evident too. While I wasn’t bothered by the presentation, it can’t be ignored. If you’re a purist, it’ll disappoint you. For what it’s worth though, I found them well done. The characters looked great. I really did like some of the enemy models, especially the Dragon. I played in Handheld mode and I was surprised at how sharp the colours were. With a LED screen, you’d expect a bit of saturation. I’d still give the edge to the Vita version for visual fidelity.

I would really like to compliment the character portraits too. They were beautifully drawn and as a sucker for the anime aesthetic, you won me over Pyramid and G-Mode. Well played. 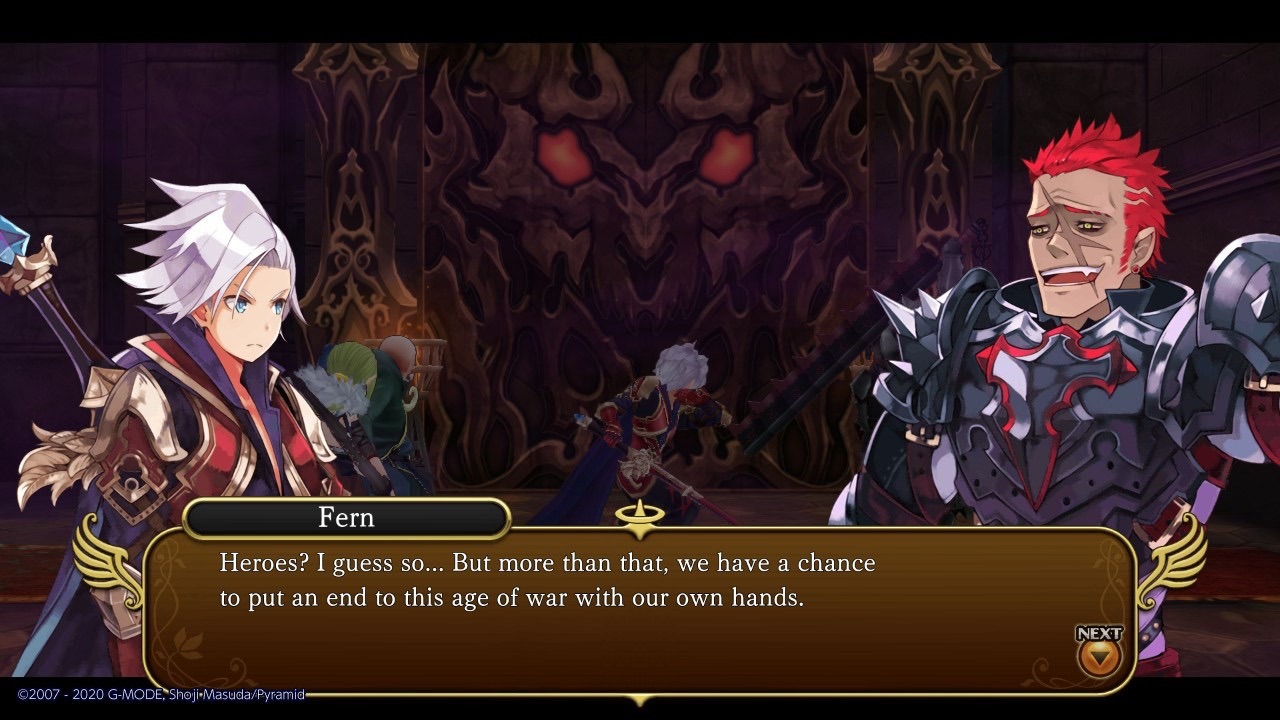 Hero Must Die. Again. uses the tried and true turn-based battle system. It’s also one of the worst examples I’m encountered. Allow me to explain.

Contrary to appearance, our nameless hero is, by definition, a zombie, so, it’s no surprise that you’ll deteriorate. This is a backwards JRPG. A GPRJ, if you will. There’s no leveling up, but you do level down. As you do, you’ll lose some capabilities. You can no longer wear that slick ultimate armor. And that sword, well, you’ll be using this hand me down instead. They’ll be too heavy for you. That added weight will help speed up your body degradation. Luckily, the developers gave you the maximum amount of cash. So, you can easily purchase new gear to equip. The problem is it’ll be weaker. As such, the damage you’ll take is greater due to weaker defense. The damage you inflict is cut in half. That’s infuriating. I’d now suffer a one-hit KO almost consistently. Grinding wasn’t an option either. I could power up my companions, but experience points was never explicitly shown. It was a crapshoot on when you’d eventually “ding”.

Your magical proficiency will also see these diminishing returns. It makes sense from a narration angle. Not from a gameplay stand-point. In Hero Must Die. Again. the enemies are structured in two ways. Either they’re weak to physicality, or magic. If your sword strikes are weak, switch up. Sounds easy. However, the nameless hero has one offensive spell, and he’ll forget it quickly. You’ll need to hurry and recruit more party members. If you fail to, you’re forced to chip away at monsters with physical resistance. It made battling feel like a chore.

I will fully concede that I may not be grasping the core idea. In fact, out of curiosity, I did go to other reviews. I wanted to see how my peers were doing. Turns out, it was loved with many others. So, perhaps look at those as well. I may be missing something that would have made it click.

I kind of dug it musically. While it never did trigger an emotional reaction, they were all quite pleasant to vibe to. The composition was well-done, and instrumentals went well together. I can’t complain. There is Japanese voice-over as well.

Hero Must Die. Again. is a reimagining of the Vita version released back in 2007. While the core idea is very intriguing, the execution left a lot to be desired. It was frustrating. There is a True Ending as well. To achieve it, you’ll need to play multiple times. It’s very trial and error. You want the most optimal path to complete all objectives. I should note each go takes an hour to two. Not terribly long. The tedium is what kills it. I’ll be transparent, I raged quit. I needed to breathe. Went out for coffee. I then came back but had enough after two more go arounds.

I didn’t find the story that interesting, and the writing was meh. I wish there were character interactions. I wish there was genuine awe and surprise at your resurrection. The nameless hero’s slow decline into mediocrity could have been interesting. It should have been. This is a game that struggled with its ambition. I can’t recommend it. Especially because it retails for $39US/$50Cdn not only on the Nintendo Switch, but also the PlayStation 4 and Steam (PC).

HERO MUST DIE. AGAIN IS NOT RECOMMENDED

Hero Must Die. Again can be bought digitally on Steam or on the Nintendo Switch and PlayStation 4 console stores.

Thank you to Degica Games for providing a review copy of the game.

Action All Games All Posts Shooter

At the penultimate moment of the war against Nazi Germany, with victory near at hand for the allied forces, we learn that Hitler has one more trick up his sleeve – he uses occult techniques to raise the dead. The war rages with the land overrun by zombies, until Hitler’s defeat by a group of […]