I’ve written reviews on an inconsistent basis for years now. Whenever I cover a game, I try to always deliver an unbiased opinion. The games I usually look at are ones I feel have potential. So, when I had the choice to look at Destiny Connect: Tick-Tock Travellers, I was wary. Actually, no, that’s a lie. I didn’t think it would be worth it. Nothing I saw screamed at me. Nothing made me think;

”This is a game I want to analyze and nitpick!”

I had several other titles I could have been playing. Luigi’s Mansion 3 had just released at the time and I’ve heard it’s spectacular. Bluntly put, I didn’t see any potential.

Well, time to eat some humble pie. I ended up requesting it because there was a bit of me that thought, why not. I need to continue trying to find my style. It’ll be good practice. Man, was my gut right. I won’t even bother making you read my long review. It’s recommended. This game is good. I loved it. I genuinely loved it. If you still want details though, continue.

The game opens on a mother and daughter having a discussion. You’ll be playing the game as the little girl. Her name’s Sherry. You quickly learn that her dad has been away for several months. Fortunately, today will see him return. Maybe with that milk he said he’d buy. Before he does, your mother has some errands for you to run. First, you’re to go to your Grandma’s. You do just as you’re told, and eventually learn of an incident. Seems something occurred not far from the Village of Clocknee. Despite being told not to check it out, Sherry still does. So rebellious. You’re not going alone either. A male friend of yours named Pegreo joins in on the fun. No, wait, he reluctantly joins in on the fun. He’s nervous. It’s out of the poor guys comfort zone. Sherry still convinces him though. Girls, am I right? 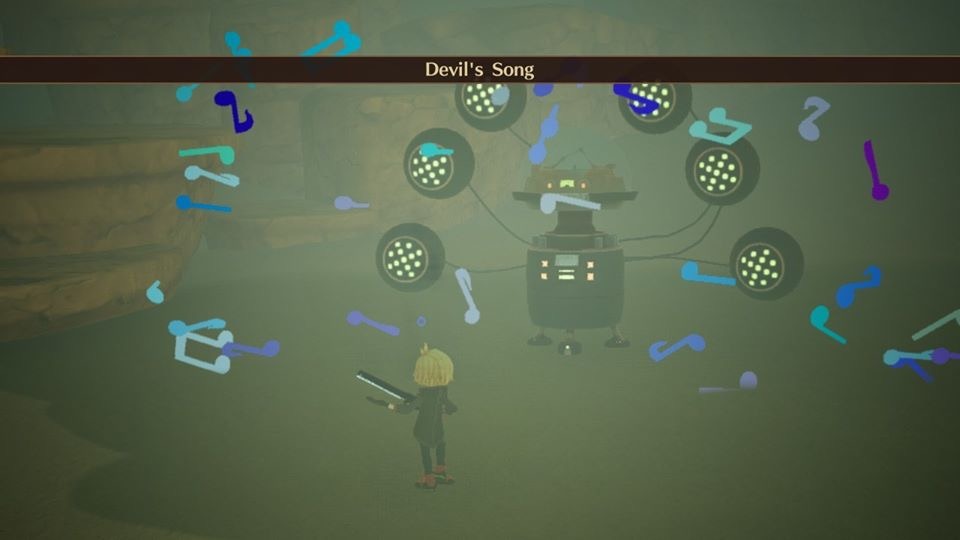 While investigating the site of the incident, you’ll be ambushed by monsters. Not just any kind. These monsters resemble televisions. TV is bad for you, am I right? Both Sherry and Pegreo step back. Things are looking bleak. Thankfully, they’re saved by a mysterious boy. However, before any thanks can be given, he vanishes just as quickly. Thus, the first of many mysteries reveals itself. Are you up to solving them?

I’ve always been told I pay too much attention to the writing. That I nit pick. And damn right I do. When looking at a RPG of any kind, you need to. Story is so integral to the experience. I’m a broken record at this point, but it’s true.

As I began with, I had zero expectations here. So, as the narrative unfolded, I was surprised. It’s good. Really good, though, not without a glaring flaw.

Destiny Connect: Tick-Tock Travellers feels like two games to me. Like Earthbound, I found the dialogue was quite quirky. The characters oozed personality. Since the majority you’ll control are children, you can’t have mature discussions. It wouldn’t make sense. Nippon Ichi knew this and adapted. I felt every character was true to their demographic. Their interactions were fitting and believable. Also fun. I loved how everyone was diverse too. You had the sweet girl in Sherry with a rebellious side. Pegreo was frightened by most things. There’s another rebellious boy, as well as a bad ass. The latter one is a bit questionable. However, there is a reason for it. A good one. It’s explained in not so many words why he’s so cold. As someone that has personally needed to grow up quickly, I did unexpected things for my age. It’s exactly what happened here. He was forced to grow up.

The second is Chrono Trigger. Did you know you’ll be time travelling in Destiny Connect: Tick-Tock Traveller?

Many titles have tried this, and most failed to replicate it. Not here though. The idea is used as I plot device as opposed to just being there. There’s also a moment late game that almost mirrors Chrono Trigger. This was probably the weakest point. It felt cheap. Like it was tossed in just to prolong the game. One that’s roughly around 20 hours already. My problem here is there was no chance for it to breath. It happened and you’re immediately trying to fix it. The characters react to the incident, but it’s never explored. It happens, you play through it for half hour, and it’s back to the final boss. It removed the intended impact of this little plot point.

Also, dad puns. They exist. For example, there is an enemy named Fan-atic. It’s a fan. Get it. I laughed. I’m a child. Doesn’t end there either. Because robots play a big part in Destiny Connect, one character will discuss how other humans are irresponsible. How they toss away mechanical appliances because they have gears. Then the bombshell is dropped. Everyone, that single action really grinds its…gears. The gold is flowing. Oh, she’s a flowing. 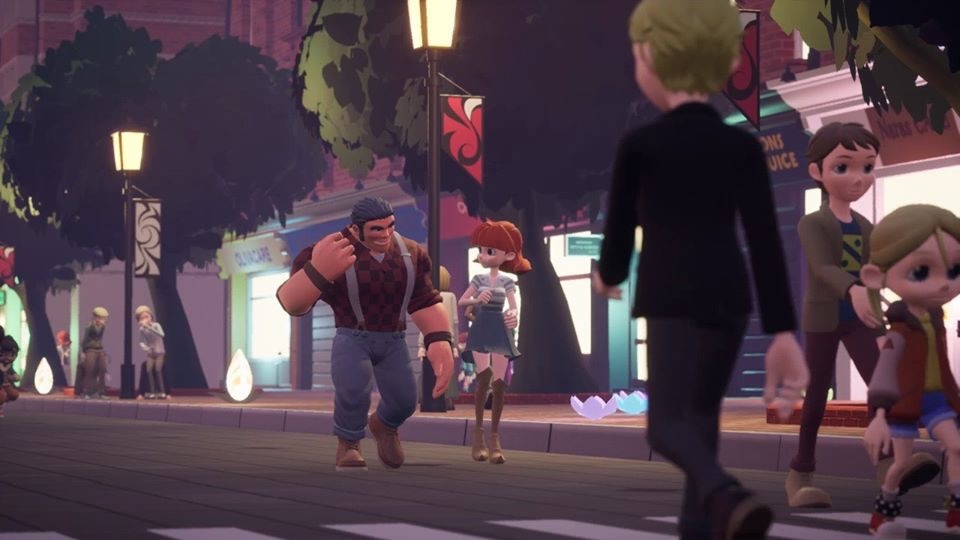 The character development was nicely done too, particularly with Sherry and Pegreo. I do wish it was more pronounced with the others but it wasn’t like there wasn’t any. There was. I’m just yearning for more.

Final thing I’ll say, if it hasn’t become obvious, is I’m a fan boy of the overarching tale. It’s so well told and had me guessing throughout. When the truth was revealed, it was an “oh shiitake” reaction. Nothing felt awkward, and it all made sense. Well, almost. There’s one plot hole that a keen eye will catch. I can’t get into it but you’ll know it when you see it. I tried rationalizing it but doing so brought up more questions. They can still be answered, but it’s needlessly convoluted.

Oh, I forgot. You’ve probably noticed a robot in the trailers. His name is Isaac. I won’t get into his background. However, I will say one thing. Something that’ll prove very important.

Isaac’s directive is to protect Sherry. He’ll remind you throughout the game. And it’ll be in your best interest to always remember those words. You never know when they may be helpful.

Oh, and the ending, my God. It affected me. Another testament to how great the story telling was. 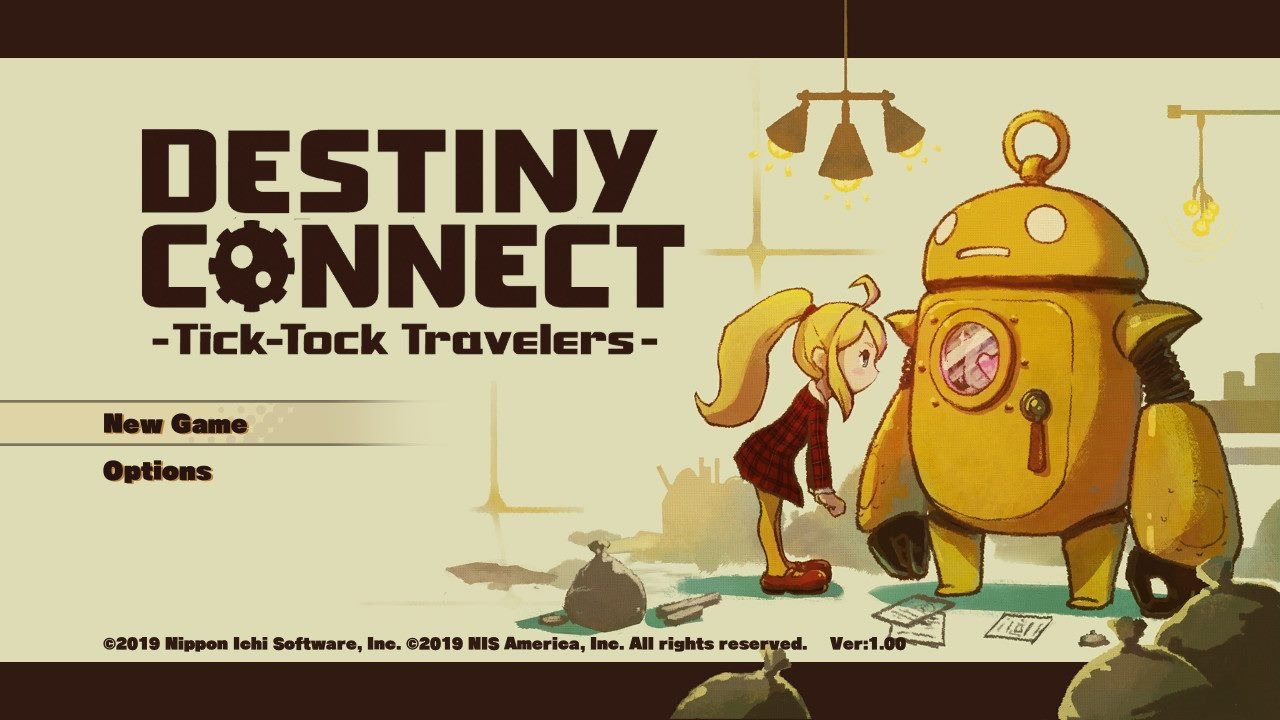 Animations were fluent and seamless. Every movement felt real. From tossing up your weapon during battle, to punching a NPC in the gut. Sherry is violent. Pretty sure it’s a girl thing. My ex punched me too.

Otherwise, I never noticed frame drops but as has been established, I’m bad at noticing the difference. I recommend watching videos but to me, it looked like a solid 30fps. Maybe even 60fps with how smooth it looked.

I’ve looked at several games that suffer from the Nintendo Switch screen. This is another one. Colours look washed out on handheld. It isn’t as vibrant as the aesthetic demands. It’s still beautiful to look at, and this does solve itself when switched over to tv mode. Expect saturation otherwise.

If I had to describe the look, I’d say it looks like clay. Nothing like Link’s Awakening but the characters and set pieces have a toy feeling to them.

I’ve been asked several times what a good entry point to JRPG’s is. The answer is this. Destiny Connect: Tick-Tock Travellers is a game that was clearly developed with children in mind. Though adults can still appreciate it. I’m 30 and I loved it. What helps is the story is surprisingly deep. It deals with some mature topics, but never spotlights them. The battles are also very simple. While grinding, I could watch YouTube or do something else while mashing the A button. Very rarely would I ever be in trouble. That said, as you progress to the end, a bit more attention is needed. So, the difficulty will ramp up, but not until the very end. As it’s core target audience is children, the challenge will be mostly minimal.

As mentioned, battling is very simple. You’ll have control of three characters. The system in place is turn-based. There’s also a portion of the UI dedicated to showing you the order of which characters and enemies will attack. This, once again, is a null feature. It might be useful for younger kids, but adults will largely ignore it. Until the very end that is. You’ll need it there, trust me.

There’s nothing more. Destiny Connect: Tock Tock Travellers is intended as an entry point to children. As such, nothing will be too overly complicated.

Upon booting the game, I was welcomed by a melodic piano with a violin complimenting it. The track was beautiful. It also had an air of sadness to it. I was eager to see what else was in store. I wasn’t disappointed.

The music throughout fit perfectly with what was happening onscreen. It helped to illustrate the mood of the scenes. It aided me in feeling the emotion. My only complaint is the absence of voice acting. I think it would‘ve gone a long way. Especially because Destiny Connect is targeting the young demographic. There’s a basic level of reading needed. Of course, this issue can be circumvented by an adult being in the room.

Bonus points for the authentic sounding rain. I fall asleep to rain white noise every night. So, the fact that I was feeling sleepy because of the in-game rain tells me they really nailed the sound and didn’t half-ass it.

I firmly believe that Destiny Connect: Tick-Tock Travellers was made for children. It was made to be an entry level JRPG. That’s not to say Adults won’t still find the adventure fun. At least, I liked it. I think others will too. The story is truly the highlight and reason alone to play this game. With influences from both Earthbound and Chrono Trigger, Nippon Ichi did a great job seamlessly incorporating elements from both. The game-play is about as basic as you can get. Turn-based goodness that gives you plenty of time to decide your next move. Music is wonderful, and that ending really got me. Excellent all around. I loved it. Keep in mind that the game will run you about 20 hours.

Destiny Connect: Tick-Tock Traveller can be bought digitally on the Nintendo Switch and PlayStation 4 console stores. You can also buy it physically from retailer such as Amazon (US) / Amazon (UK). Purchases made via Amazon links earn a small commission which goes to help supporting domain and server costs.

Thank you to NIS America for providing a review copy of the game.

Before I begin, there are two things to say. First off, this game has two modes of movement: Mixed (smooth locomotion and teleportation), and teleportation only, so if you feel disorientation when movement is simulated in VR, you’ve got nothing to worry about with this game, and you can play this game just fine. Secondly, […]

Azur Lane will not be an unfamiliar name to many readers here. It started as an incredibly popular mobile game that gained over five million players within months of release. It has been the basis for an anime. And now with Azur Lane: Crosswave it has become somewhat of a 3D shooter on the PlayStation […]