Kotodama: The 7 Mysteries of Fujisawa is all about uncovering the hidden truths in Fujisawa Academy. You are particularly suited to this task as the contractee of a demon fox who has been gifted a special power to help you discover truths.

The developer for this game is PQube paired with ART Co.,Ltd who are a Japanese company. This is PQube’s first foray into game development, as they have previously only published games.

This is primarily a visual novel but it includes puzzle segments. It is available on Steam, PlayStation 4 and Nintendo Switch which I am personally playing on. It is strongly in the mystery genre. Unlike many visual novels, the topic of romance comes up but it is barely mentioned and not about the main character’s relationships. 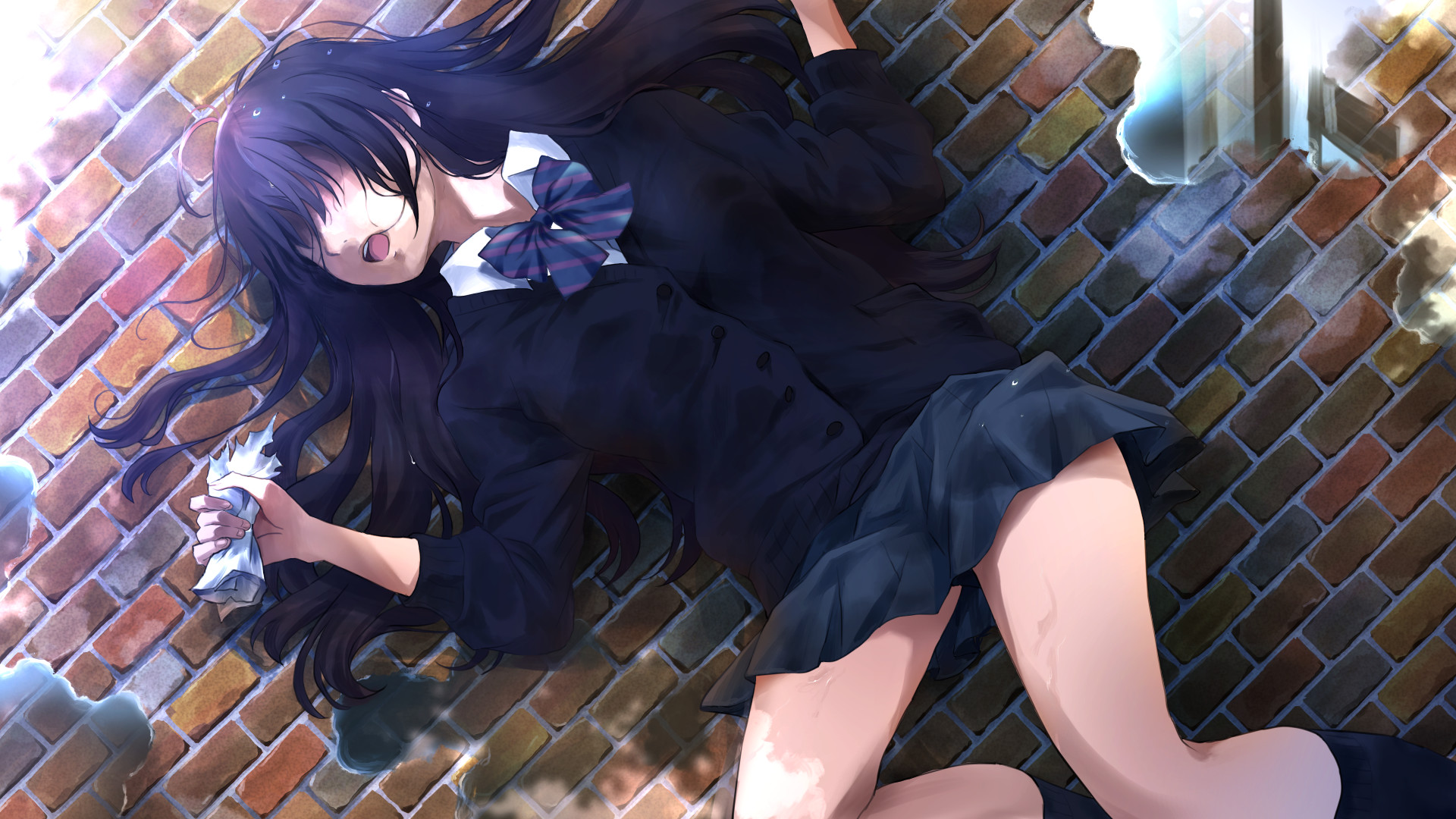 The academy has a set of seven mysteries. The story has you try to and discover the answer to each one. These seem mostly benign at first, such as a special wolf which gives you luck if you touch it or that no-one has ever seen the Principal. As the story progresses, it is discovered that there is more behind these mysteries than would be expected.

Your power is Kotodama: The power of words. It works by opening a rift in your target’s mind and compels them to tell the truth. This power takes whatever form is decided by the user’s mind. Unsurprisingly, unveiling the truth, in this case, means mentally undressing the target by solving puzzles. By finding special words through conversations, you can level up your ability to become stronger and more easily solve the puzzles.

The puzzles work by lining up at least three balls of the same type, either horizontally or vertically to make it disappear. This needs to be done within a limited amount of turns. Selecting a ball moves it to the top of the column and everything above to drop down one. High enough combos can give random power-ups, such as giving more turns or exploding the balls. When you make enough combinations to fill the gauge, an item of clothing disappears. You can also take a chance using an item such as the feather on a character to gain more turns or have a negative effect occur.

I did feel like the puzzles appeared too often at times. That said, the system is quite well done. It always felt fair in difficulty level and sometimes gave hints if you took too much time selecting. 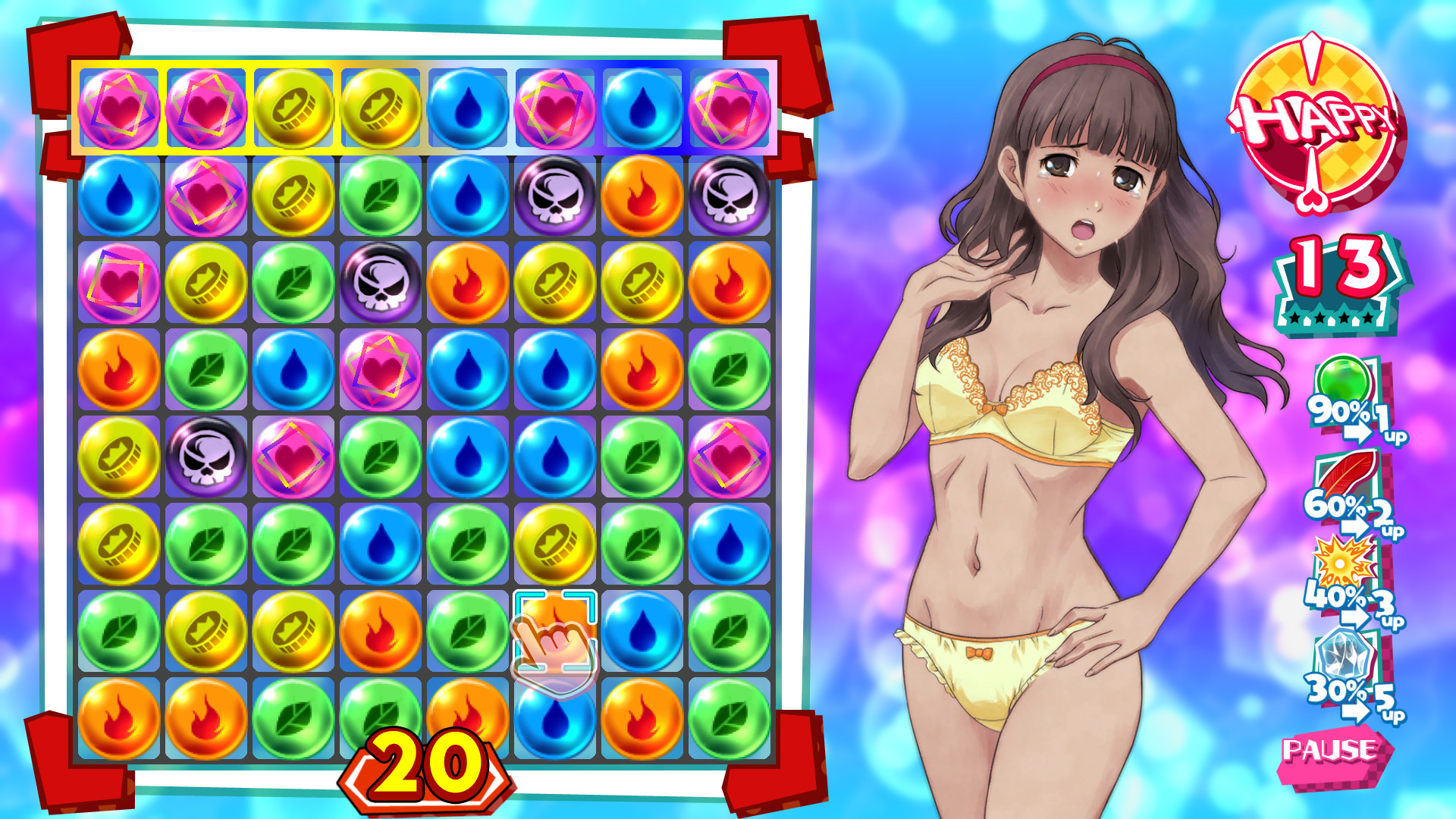 The story follows you as you investigate the mysteries and the school with the members of the Occult Club. While you do go through school life, the focus is entirely on finding answers. To do this you go through each day in generally the same manner. You go through a story scene, choose places to go and talk with various characters, make a conclusion and then investigate it. Depending on what choices you make, you may get one of several bad endings, a normal ending or a true ending.

Generally, moving the mystery story along is the focus with some occasional humor to keep things interesting. Despite the puzzle games being a case of stripping clothes off your target, there are no lewd jokes or scenes in the story.

It is worth noting that some serious and sensitive topics are covered in this story. Family problems and suicide are mentioned multiple times. Other topics appear too, but cannot be mentioned without giving spoilers. 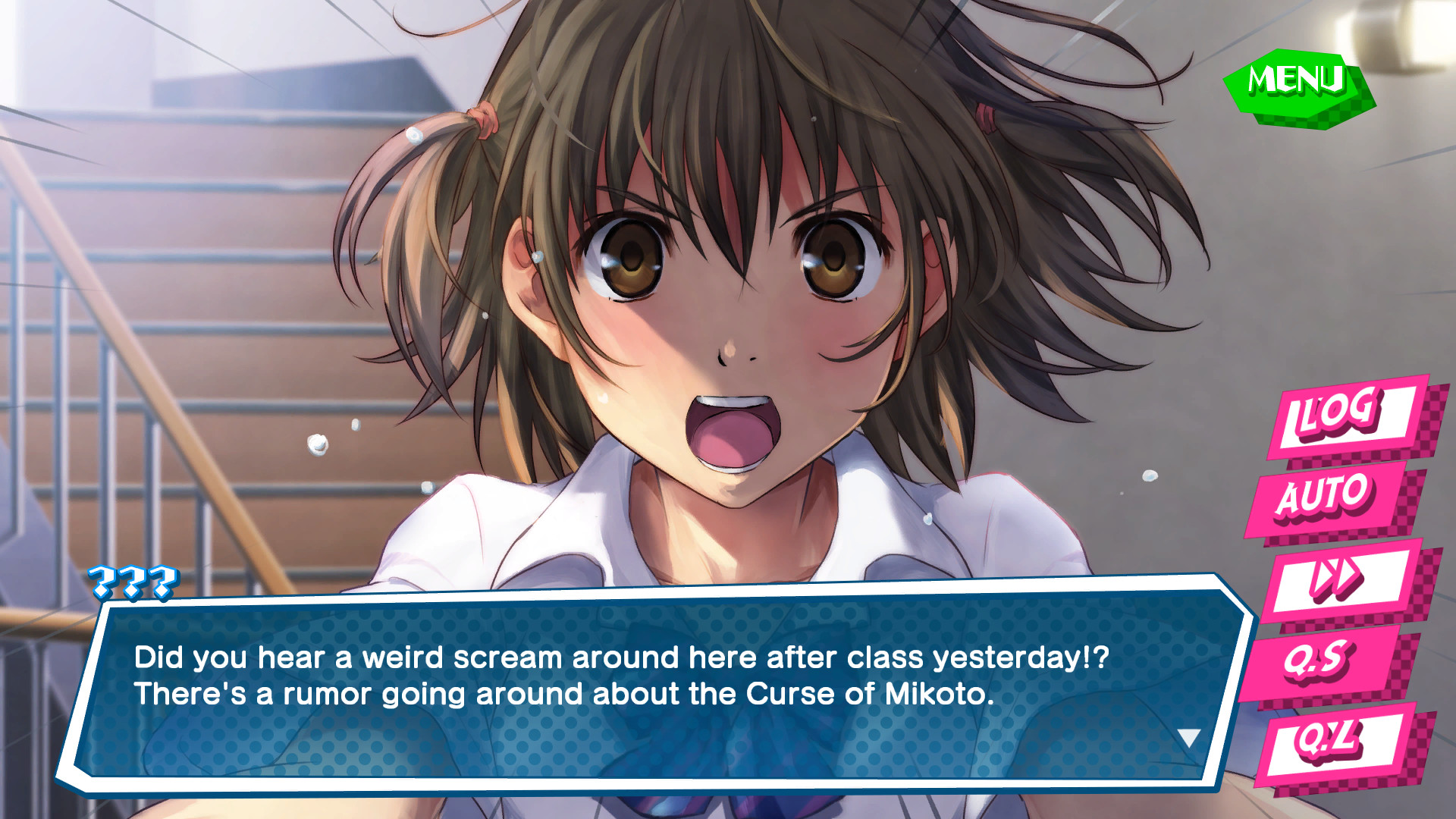 Overall, I enjoyed the story. It started off slow but as I uncovered more and more it became quite interesting. I didn’t feel like the endings were amazing, but I really enjoyed the journey of getting to them.

While trying not to give too much away, I’ll mention that you will be seeing many of the same scenes more than once. Depending on previous choices, these scenes can expand and change. I think the way it was done worked well.

While I did guess some of the important secrets of the story, it actually did quite well in surprising me with a lot of the details. I enjoyed how the mystery unfolded throughout.

One aspect which I found quite frustrating was that the True Ending was very specific in choices required and not very obvious. While it did highlight correct choices after making them, someone could repeat the game multiple times without coming close. In fact, someone in the Steam forums recently asked for help after at least six tries. 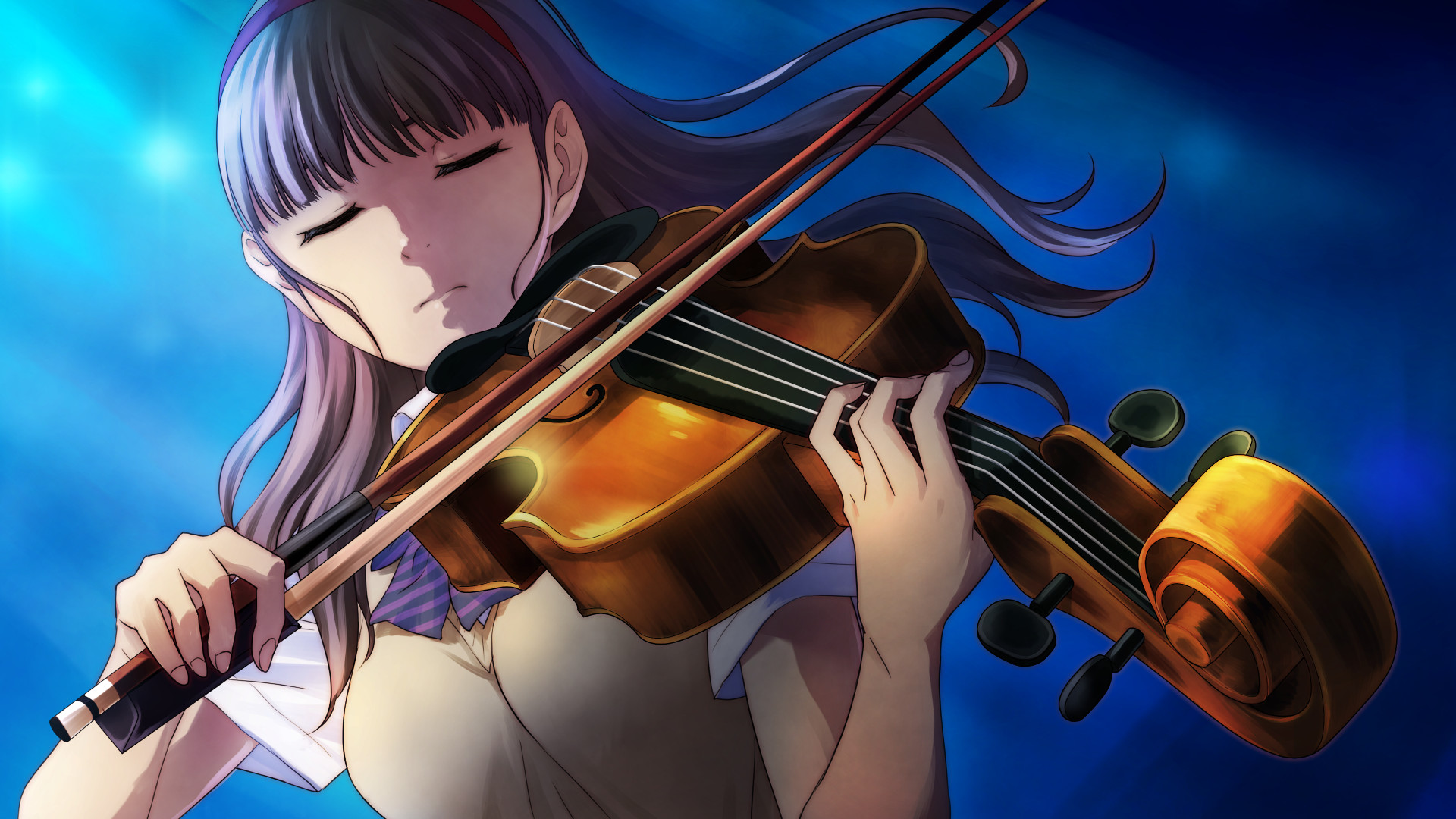 As well as seven mysteries, there are seven students whom you interact with. Many of these have things they are hiding.

Nanami Kagura is the first girl you meet and the one who recruits you for the occult club. She is known for being very energetic and obsessed with one of the mysteries.

Wakaba Asagiri is the president of the occult club. She is calmer than Nanami and fairly laid back.

Honaka Ichinose is known for being an animal lover. She spends her time in the forest, but the animals bite and scratch her.

Yukino Tsubaki is not a fan of Nanami or her occult club but is nice enough to the main character. She is known for being from a rich family and having good grades.

Chinatsu Hachisuka is a year younger than you and on the student council. She acts bossy and strict but can be nice at times.

Satsuki Kujo is the president of the student council and one of the two male students you meet. He is an honor student and takes his duties seriously, but is well-liked.

Shuji Toyama is known for being an ace in track and field. He’s the other male student and is so popular that he has his own fan club who watch him practice.

There are a number of other characters, including students, school staff and more. 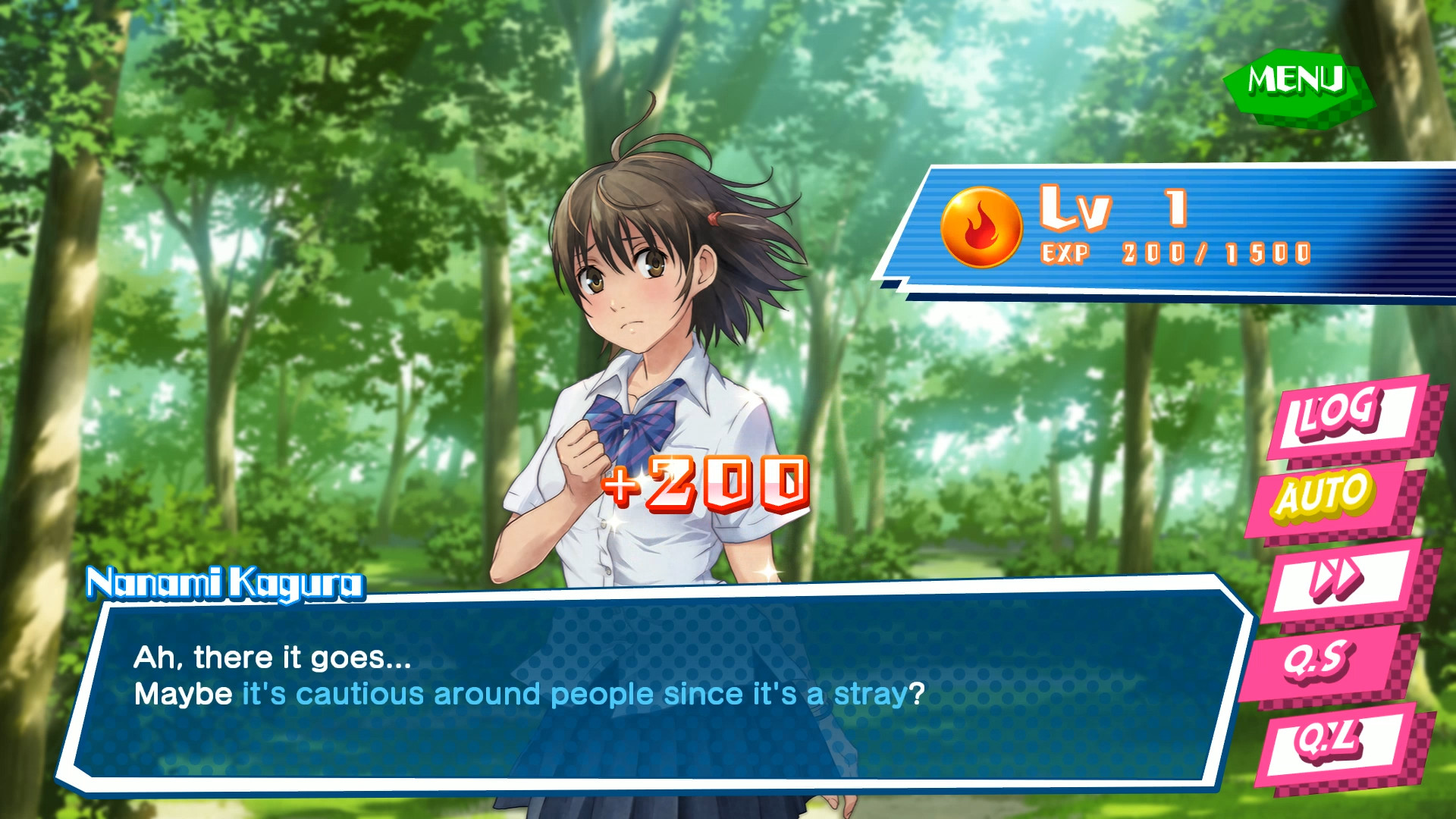 I found all seven of the named student characters interesting and fleshed out reasonably well. This may only seem the case after making the correct choices for the true end, as some scenes can be skipped while still proceeding. I definitely approve of the way that they all play an important part in the story.

The characters have their own endings after the true end is unlocked, but it is just a single scene and not always story relevant. You can choose one when completing the true end. It’s more of a bonus scene than an ending. It’s a nice bonus, but I didn’t feel like it needed it.

I did come across some technical issues, unfortunately. The game crashed several times while playing, particularly near the opening of chapter four. I also had a serious issue where I was stuck in an infinite loop and had to revert to a previous save file. Both issues were reported to the publisher and I have been told they’re working on the infinite loop issue, so it will hopefully be fixed soon. I believe that I was the only one to report the loop issue pre-release, so it sounds quite rare. 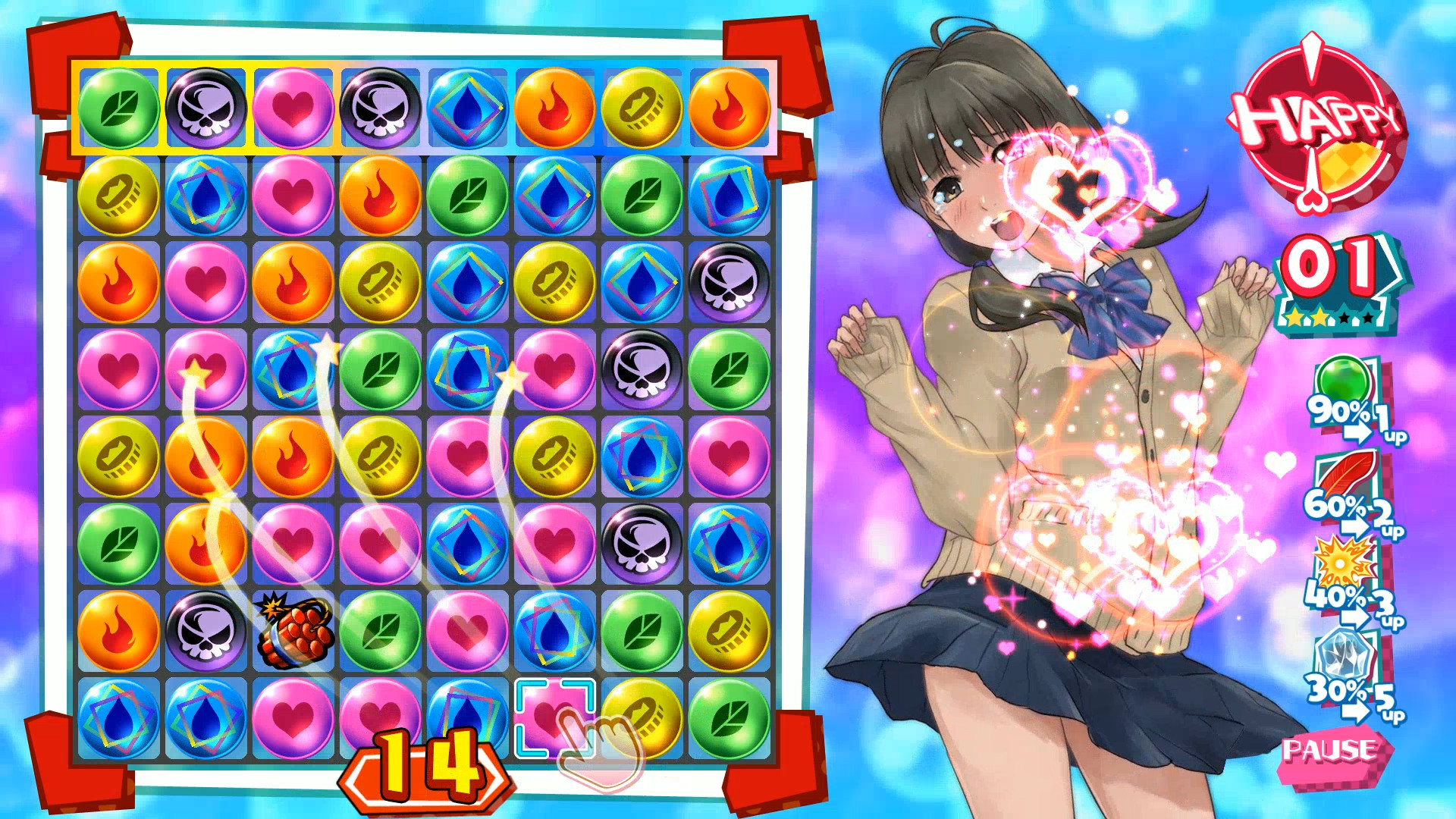 Aside from those, there were some minor issues. A couple of lines of missing text. A couple of spelling and grammar mistakes. Nothing too serious.

I expect that without the technical issues I experienced, it would have taken me approximately thirteen hours to complete the game to the true ending. This includes skipping any previously read text when seeing repeated scenes.

The writing itself is well done, aside from the few issues already mentioned. Due to the high standard throughout the majority of the writing, I felt these were forgivable.

I found that the artwork is all to a very high standard, but I would have liked to see more CGs. The characters were all partly animated with eye and mouth movement during the visual novel scenes and further animation in the puzzle scenes.

All characters are voiced in Japanese and it’s done quite well. The background music doesn’t particularly stand out, but it works.

The options are the standard visual novel ones. Speed of text, skip modes, volume for character voices. Nothing which stands out.

As a nice bonus, there is an extra mode where you can unlock puzzles with the characters wearing different underwear. There’s an unlockable hard mode too, in which you can unlock some bonus CGs. 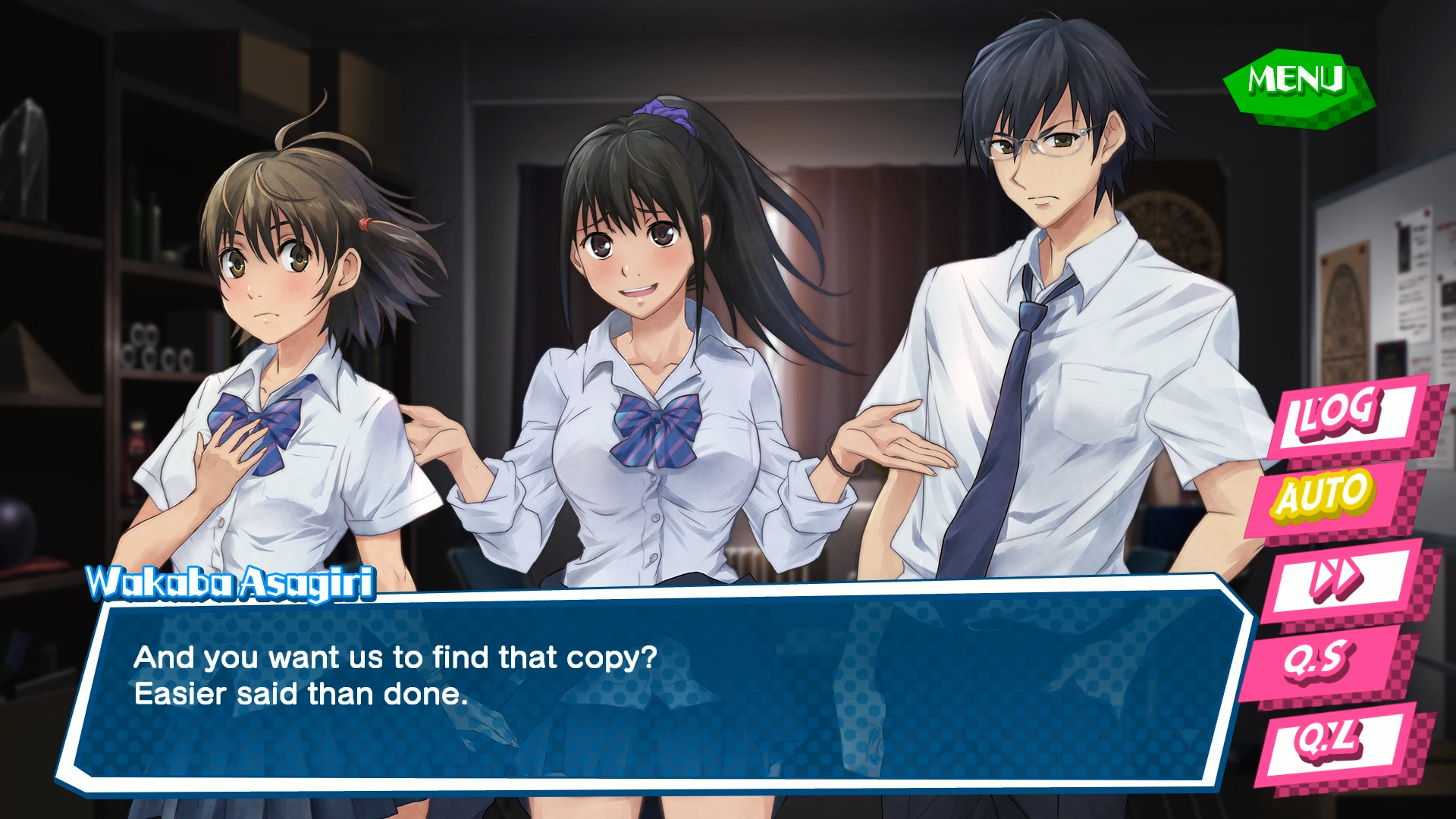 I personally enjoyed the story of Kotodama quite a lot. The mystery unfolding and adding more detail each time was the best part, but the cast of characters is quite interesting too.

The technical issues did sour my experience, unfortunately, but it sounds like I was quite unlucky.

Assuming that the issues are fixed or are generally not an issue, I would recommend this game to visual novels fans who enjoy a mystery and enjoy or don’t mind the puzzle aspect. I would recommend using a guide for the true ending though, after trying a few times blind.

This game can be purchased digitally for PC on Steam or Humble Bundle. It can be bought on console digitally via the relevant console stores or physically from online retailers such as Amazon (US) or Amazon (UK).

Many thanks go out to PQube who provided a review code for this title prior to the release date.