Before I begin, go book some time. Then, go make yourself some nice boba tea. Grab yourself a comfy chair and let’s get started with our life in Once More. Well, the demo version for now. Developed and published by Malheur games, you can find this game on Kickstarter. Go pay it a visit and maybe donate. Don’t worry, I’ll wait.

Welcome back. Okay, once more we are thrown into the vast world of Visual Novels. I’m not complaining at all though. The released demo had a good reputation and a premise that – for personal reasons that I’ll get into later – I enjoyed very much. It definitely had me hooked. For those who are completely new to this game and wondering what will happen, take my hand and let me show you the world! 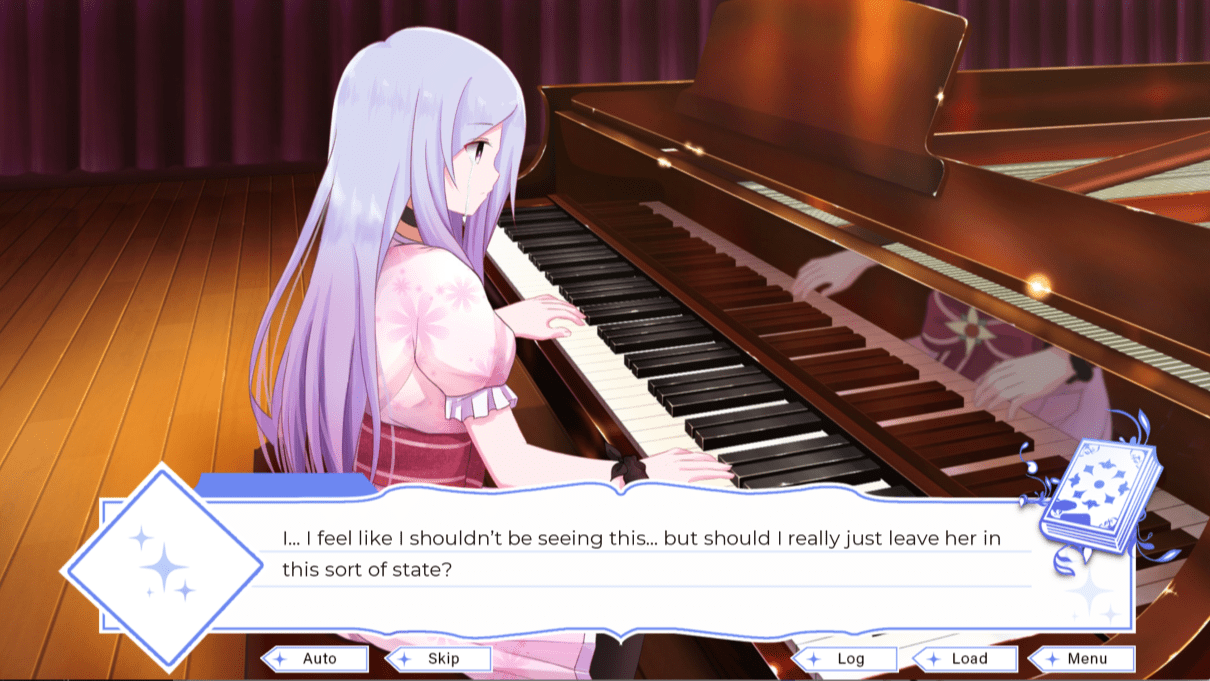 The game revolves around Felix, a simple guy who had some misfortunes in his life, especially in relation to his girlfriend Mima. She passed some time ago and our poor protagonist still hasn’t been able to get over such an event. While going over his stuff, he finds her diary and remembers the time he had with her. Didn’t expect that quick gut punch, eh?

Shortly after, he finds another book that didn’t seem to have any content written in it. So, he grabs a pen and jots down his name. Suddenly, he gets transported to some sort of library full of many, many books as far as the eye can see. There, he meets Shifa. She’s very cute. Too cute to be a reaper. She’s also too young to be a librarian. So, you wouldn’t count on her to book you on trip to the underworld. Get it, book. You’ll be teleported to the Great Library of Alexandria (Yup, the one that burned down. Once More teaches history too!) you access books differently there. Instead of reading, you experience what the author felt while writing it. Did I mention that all of this happens in the first 30 minutes or so!? 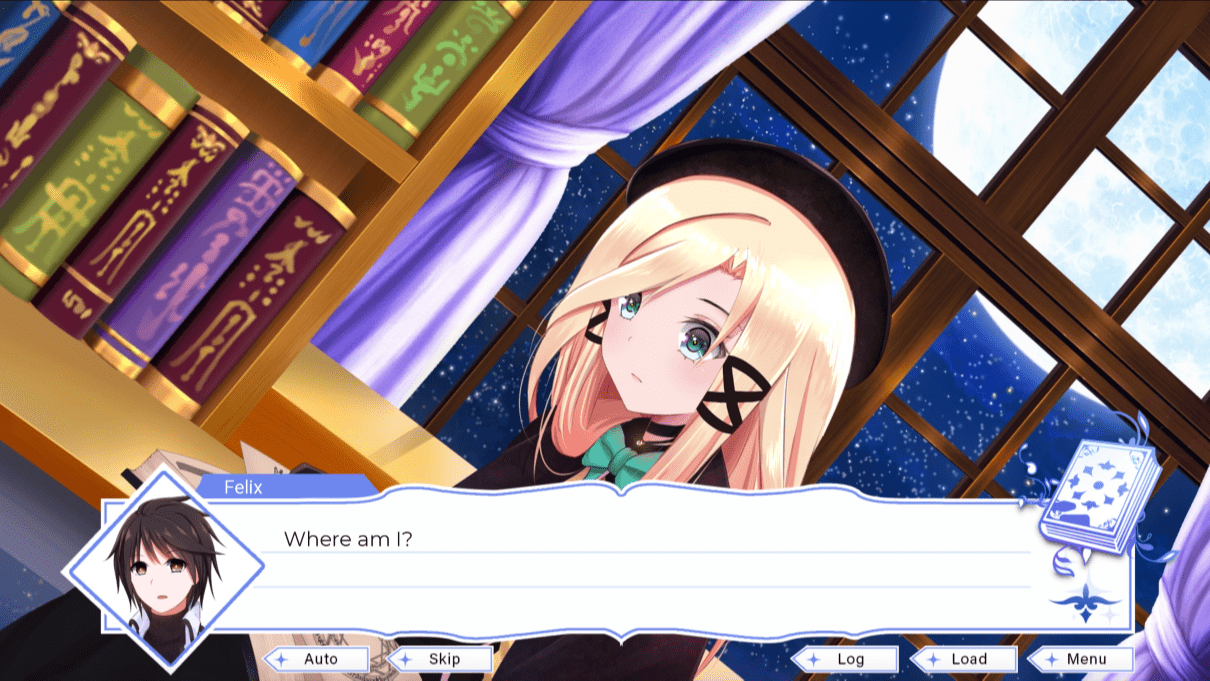 Shifa will then explain what’s happening before introducing us to her boss. Before I continue, I’d like to compliment the voice acting. So soothing and serene. Please @ me, I’d like you to read me a story. Ahem, after introductions and explanation, we’re then tasked to show Shifa what romance is like in the real world. She’s only use to the fictional world. In exchange for doing this, you will be able to add your late girlfriend’s diary to the compendium of books. This will allow us to see her one more time. We’ll also be able to experience her memories and emotions.

On a separate note, I want to highlight something that’s quite uncommon in other visual novels: Reluctance. Felix is still hurt from the death of his girlfriend and in this short demo, you can see at multiple points just how much it has affected him personally and physically. He’s pale and at every mention of her, he feels nauseous. It’s a journey, and he eventually realizes can’t let it keep getting the best of him. That’s the point he decides to live his life in her memory. This is something that really attracted me to play Once More.

Speaking of playing, with the story out of the way, let’s get into the gameplay. I want you to experience these characters yourself. So, I won’t say anymore. This is your journey to choose the lucky successor to the girlfriend bucket list. One character you’ll meet is a blast from the past childhood friend. There’s also a cute photographer you meet in a shop while heading home, and then a mysterious girl I was torn between wanting to throw her off a cliff or give her a kiss to comfort her. 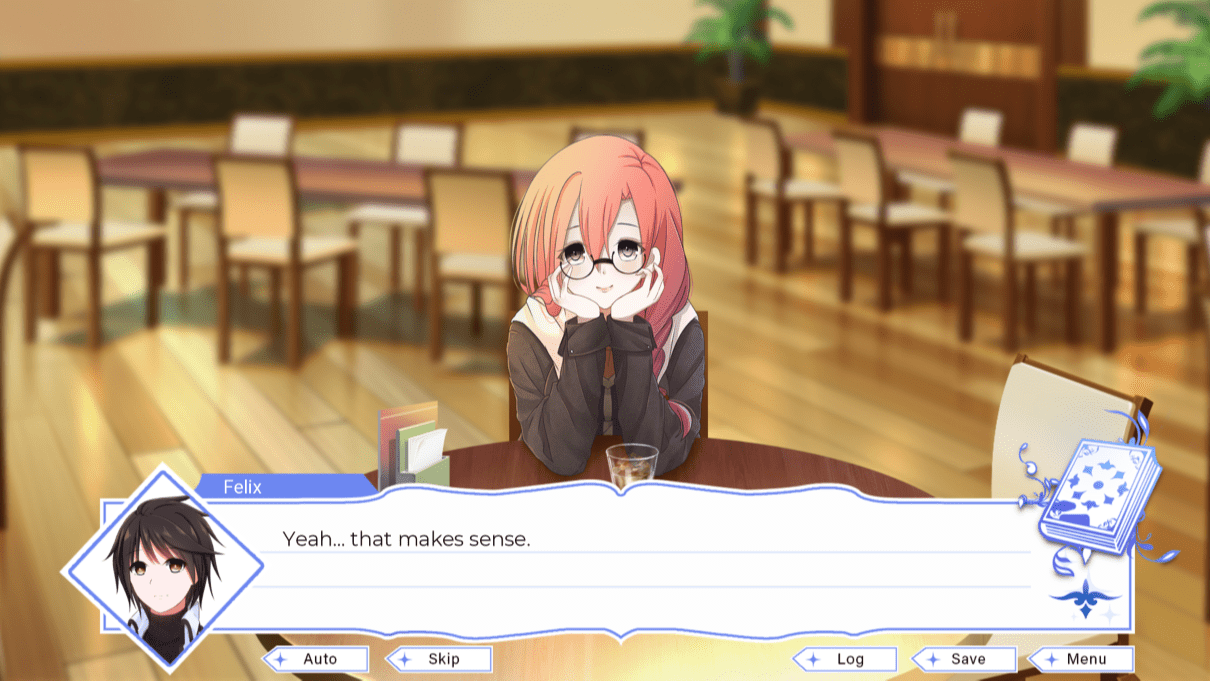 I quite like how everything has been presented thus far. Everything feels real. Character interactions are all unique and dependent on the personality. I especially like how they talk to Felix and handle his fear of moving forward. Also, Shifa, whom I wanted to romance since the very beginning. Please, please let me. I haven’t asked much. Thank you!

My one criticism from playing this demo is that for a visual novel, it lacks choices to be made. I’m not sure if it’ll be much more robust in the final game, but I wanted to mention it. Okay, back to praising. I really love the voice acting. I enjoyed all of the voices and thought the performances were great. Especially those in the library. Seriously though, voice actor for boss, call me. This aspect of the game gave it a high quality feel in my opinion. It’s amazing that this was included in a demo. What’s more, it’ll take you about two hours to complete. A lot of boss time. 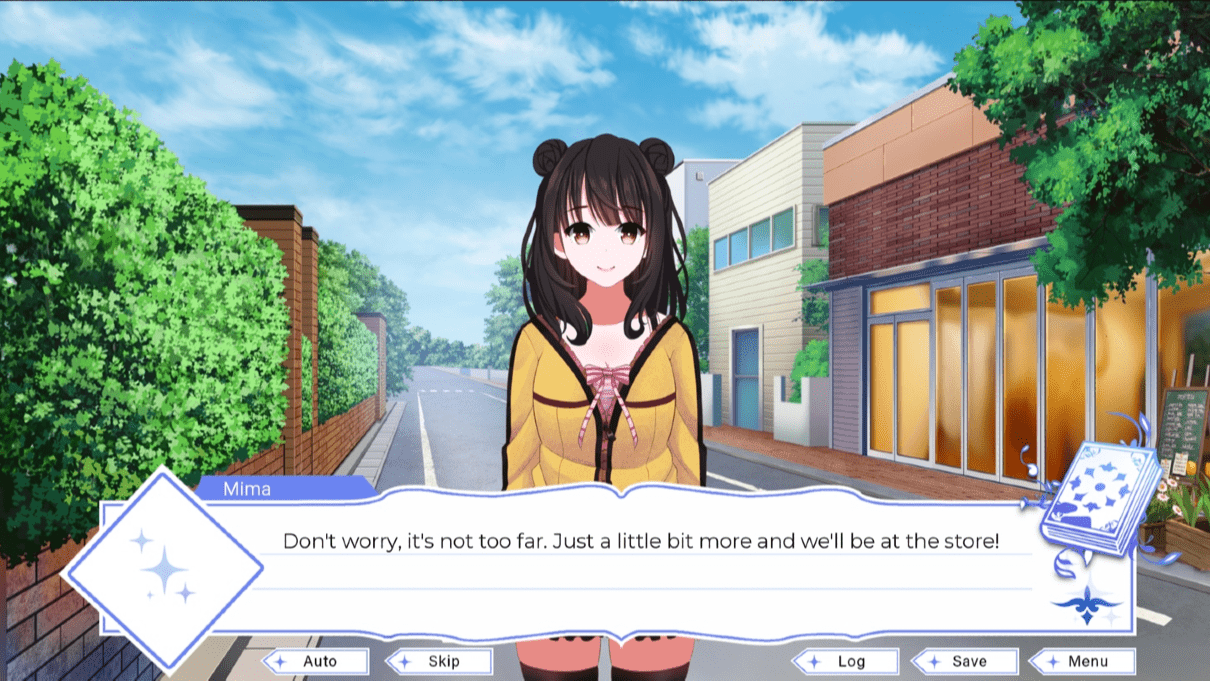 I can’t give this game a proper score since it’s a demo. However, sign me up for the full release. All of the characters seem fun to interact with. The voice acting is great. The narrative premise is the very reason I wanted to review Once More. I can’t wait to see how it shapes up as a full release!

With that said, I drop my pen. I also encourage you to try this game. To consider donating. Who knows, this game might get you hooked on visual novels!

This game can be backed on Kickstarter. You can play the demo for yourself here.

All Games All Posts Anime Racing

I’d say to rev your engines, but there aren’t any in this rather odd take on a kart racer. Gensou Skydrift is a Touhou themed racing game, where instead of driving karts, characters take turns standing on one another and fly over the ground. This game is currently available for the PC (Steam) and Nintendo […]

Die for Valhalla has some RPG aspects, but at the heart, it’s a is a side-scrolling beat ‘em up. I personally played on the Nintendo Switch, but it can be found on the PC, PS4 and Xbox One in addition. As well as the regular mode, there is a second mode which adds in some […]